Most women dream of having a close-to-perfect relationship. The thought of having an ideal man of your dreams who can be with you through thick and thin is one of every girl’s greatest endeavors in life. Busy professionals, specifically doctors and nurses, are not exempted from having this kind of ideal relationship. Despite the need to serve their patients, they also have to feed their own spiritual desire. 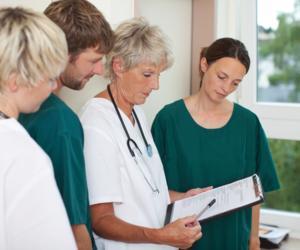 How to Create an Eye-Catching Nurse Resume

Traditionally, doctors were usually believed to be destined with their coworkers—the nurses. This idea was evident even in some movies or TV dramas that show a romantic relationship between doctors and nurses. That is, people used to witness these health professionals’ stolen sweet moments in their workplaces. Who wouldn’t feel dramatic for that?

The following are the reasons why nurses are discouraged to date doctors:

1. A doctor’s schedule is a big rival.

Does this sound like a new thing? Definitely not. It has been in every country’s long-established custom to consider being a doctor as a ridiculously busy profession. The fact that most medical practitioners have an ‘on-call’ system is the main culprit. The  on-call’ system, which requires them to be ready and available even if they are not in the workplace, is one of the biggest and most annoying hindrances in a nurse-doctor relationship.

Well, most nurses who have experienced dating doctors have probably had those moments when they needed to cancel their dates or a few of those romantic celebrations because their partner was needed in the hospital for an emergency situation.

2. Nurses will be the talk of the town.

No matter how nurses would keep the relationship private, the people around are naturally keen enough to notice the stolen moments and glances. Rumors will then start to spread like a virus in the hospital. This will surely add up to nurses’ stresses, especially if people around them like their coworkers will start to bug them with questions, like trying to confirm everything that they’ve heard about the relationship. Moreover, the chance for nurses of having their reputation put at risk is highly possible. They would be closer to misconceptions and misjudgments.

Meanwhile, having a relationship with a doctor who is working in the same hospital can be distracting to some. Instead of tending to your tasks, you might get reprimanded by your head nurse for failing to meet your responsibilities. This is unacceptable for nurses for their single mistake can cause someone’s death.

This is why a lot of nurses nowadays prefer to date someone outside of their workplace. After all, a bad rumor can actually cause harm and sometimes cost someone their job.

Since the couple is involved in every little thing about their jobs, it’s almost impossible to talk about something that is not related to their professions. Topics, such as patients’ deaths, difficult-to-treat kind of diseases, hospitals’ issues, etc. are more often than not the easiest topics to talk about.

Well, who would want to always hear serious topics like a patient’s death, right? Nurses who are in a romantic relationship with doctors find it hard to stray away from work-related conversations. Sometimes, one needs a romantic diversion to get rid of the stress from work. However, it seems to be impossible if you’re dating someone in the same field as yours and whom you see almost every day of the week.

4. Cheap dates and gifts are to be expected.

A study about physicians’ compensation conducted by Medscape has shown that despite the seem-to-be big salaries that are received by physicians, a surprising 11% of doctors consider themselves as rich. This is because doctors are associated with a lot of expenses and debts.

What’s more of nurses would date interns; considering their status, nurses cannot expect them to be financially cable of endowing them luxurious dates and gifts.

Again due to a doctor’s tight schedule, the fantasy of celebrating each other’s birthday or even the couple’s anniversary most often than not fails. Doctors’ flexibility in their schedules almost cannot be seen or felt. It is so limited that they cannot really set specific days or dates to celebrate something or even go on a vacation. If they do plan something, most of the time, they need to cancel it just to rush to their workplaces and do their jobs.

6. Dreaming of a romantic vacation? Better Not.

Doctors generally are given four weeks off in a year. Usually, they spend this by compensating the lost time with their own families or with themselves. That is why they tend to spend their holidays sleeping, family bonding, friends meeting, and the craziest of all, dealing with other health-related appointments or seminars.

So, for those nurses who really want to pursue having a romantic vacation with their lovely doctors, they better extend their patience in waiting for their ‘turn’.

A romantic and healthy relationship is nurtured with time, patience, and understanding. Doctors obviously cannot lavish their nurse partner with their time. Expectedly, they need to render most of their time serving their patients. This is the kind of commitment that they promised to have and execute when they finally become licensed or certified doctors.

Of course, if their time is not spent for their patients, the usual second option is spending it for other appointments that are related to their professions. The next option might be either their family, friends, or themselves. But of course, it cannot be denied that some doctors may be really good enough in balancing life, family, profession, and relationship. However, meeting or finding such doctors seems to be a very rare case.

So, for those nurses who really want to attempt achieving successful relationships with doctors, think about it. It is not that utterly impossible though. It is still possible if both parties exert enough time and effort. However, this nurse-doctor relationship requires a lot of understanding, competence, and trust, more than what other couples need to give. After all, every person deserves to be loved. It's just a matter of who is willing to go through thick and thin with the person.

Is An Online Nursing Degree Really Worth It? 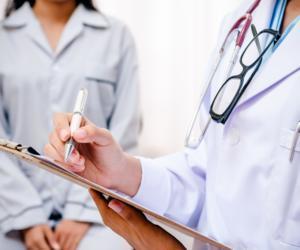 State Board of Nursing Requires an RN to Disclose Psychiatric... 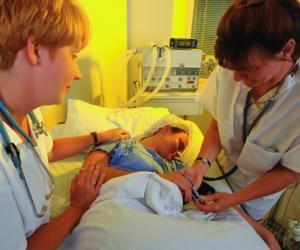 Why Critical Thinking Skills Are Essential for a Nursing...

What health experts can I see for my obesity?

Advice for a New Nurse