Children who develop or complain of limping must be examined to make sure that their condition is not an orthopedic emergency like in the case of septic arthritis. After being examined, children's parents may hear about a toxic synovitis diagnosis. Such diagnosis might sound scary, but it is actually not.

What is toxic synovitis?

Toxic synovitis is a form of arthritis in children that usually affects the hips. The condition tends to suddenly occur and suddenly disappears without long-term effects. For this reason, this condition is often called transient synovitis. 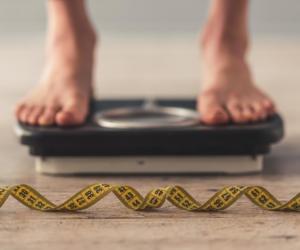 Is It Possible to Gain Weight When Using Lyrica for...

This condition is most commonly observed in boys aged between 3 to 10 years old, especially after an infection of the upper respiratory tract. In acute toxic synovitis, inflammation of the synovial membrane, which surrounds the hip occurs. Although the exact cause of the condition is still unclear, other possible causes may include:

The following symptoms of toxic synovitis have been reported:

When it comes to babies, the most common signs of toxic synovitis are persistent crying and abnormal crawling. Babies with toxic synovitis often cry when their hips are being moved, especially during diaper changes.

Diagnosing toxic synovitis can be somewhat difficult. There are other serious causes of hip pain, which is why doctors first rule out other conditions through tests before making a diagnosis. The following conditions have similar symptoms to toxic synovitis:

A physical examination will involve finding out which of your child's movements are causing pain. The doctor usually checks your child's joints, knees, and hips. To check for any inflammation in the child's joints, an ultrasound may be ordered by the doctor. An X-ray may also be taken to rule out Legg-Calve-Perthes disease.

Blood tests can help identify the severity of an infection. When it comes to diagnosing Lyme disease, a fluid sample may be collected for further laboratory analysis. Such test is usually performed when your child has a high fever and septic arthritis is still not ruled out.

Call your doctor if you notice any of the following:

In such cases, the doctor might prescribe an alternative medication or order additional tests to determine other causes of your child's hip pain.

Children need some rest when they have toxic synovitis. Until the pain is completely gone, children should not take part in activities that can strain their knees or hips. The condition usually starts to resolve within three days of rest

The problem will start to resolve within three days of rest, and within two weeks, the pain should be gone. Normally, there is no need for hospitalization. Instead, nonsteroidal anti-inflammatory drugs can be prescribed by the doctor for pain relief. The usual medications for toxic synovitis are acetaminophen, ibuprofen, and naproxen.

Parents should seek immediate medical attention if the condition does not resolve, if the symptoms persist, or if the pain worsens to rule out other underlying health problems. If the child has toxic synovitis, it does not necessarily mean that the child is prone to developing joints disorders such as arthritis later in life.

Toxic synovitis is usually not preventable. However, your child can avoid it if he or she does not contract any type of viral infection, which can trigger the condition.

Children can comfortably walk again within a day or two, especially after taking NSAIDs. However, sports activities or gym class will have to wait until they have fully recovered from the condition. Toxic synovitis usually resolves on its own within 1-2 weeks. In some cases, children have to endure the condition for as long as five weeks. Toxic synovitis may also repeatedly occur in children, particularly after having viral infections, such as colds or flu.

Most children have no long-lasting effects from toxic synovitis. Some children may even experience the condition multiple times during their childhood years. When your child has another type of illness, let the doctor know about your child's history of toxic synovitis.

What happens when you're allergic to anesthesia?

Anesthesia during my laser surgery for spider veins?

More from FindATopDoc on Toxic Synovitis

I suddenly have pus filled pimples around my underarms....

How can I cure my ruptured eardrum?

Why is my skin discoloured at the back? Is it normal...