The initials 'HIV' stand for Human Immunodeficiency Virus. As the name suggest, it is a viral attack that completely weakens the defense systems of a human being leaving them open to invasion from bacteria and other disease causing micro-organisms.

Once infected, the virus finds its way into the bloodstream of the victim. It then proceeds to slowly destroy the immune system. The virus achieves this by eating up into the CD4+ cells. HIV then goes on and replicates itself to replace the CD4 cells and this helps it increase its numbers rapidly. The virus then continues to develop from one stage to another. The last stage of the infection which is called 'AIDS' is the most dangerous of all. This is because at this stage the body has succumbed to the attacks and its defenses are at its weakest. It also results to increased cases of opportunistic infections. The HIV virus can stay in the body of an infected person for several decades if the person is under treatment. 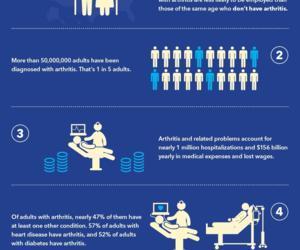 Will My Child Get HIV If I Am Infected?

The virus can or cannot be transmitted from a pregnant and infected mother to the child depending on the precautions taken. Since the virus is contained in the blood and fluids of a person, there are several ways through which the virus can be transmitted. It is therefore crucial that an expectant woman understands how this happens.

This simply refers to the various ways in which a child can get HIV from his/her mother. Most people with the infection are afraid of getting pregnant. However, this should not be the case as it is possible to give birth to a healthy HIV free child.

There are three ways through which mother to child transmission can occur:

Despite these challenges, there is still hope for infected mother’s to bear uninfected children. This has been enabled by invention of new drugs that are capable of reducing the risks to less than five percent.

For pregnant women to prevent themselves from transmitting the infection to the child, they may be required to take different HIV drugs in a therapy known as antiretroviral therapy (ART). Different medicines cause different side effects to the unborn child. These side effects can be short-term and long-term effects. The good news is, most of the ART drugs can be used safely during pregnancy.

These drugs not only improve the woman’s health but they significantly lower the risks of transmission to the child. ART works by lowering the HIV viral load in your body to extremely low levels. It is recommended that you start the treatment as early as you realize that you are with child. If you have been pregnant for several months and you have not started taking medication, you can still start on a medication and it will still work efficiently.

Pregnant women with HIV should consult their doctors to get knowledge on the best type of medicines to use during pregnancy. Pregnant women should also enroll to Antiretroviral Pregnancy Registry. This helps pregnant women to receive regular examinations and advice on the right medications to take to prevent transmission while pregnant.

To ensure that you do not spread the infection to your child while you are pregnant, health providers consider the following factors before prescribing you to the right medication.

When Should I Start Taking HIV Medicine If I’m Pregnant?

This is a very crucial case since different bodies react differently during pregnancy. If you are HIV positive and pregnant, it is always recommended that you start the medication as soon as possible. Pregnant women should consult a doctor before the medication to get the right advice. This will prevent side effects to the child.

There are cases where the viral load may be extremely high or unknown as a woman approaches her time of delivery. Under such circumstances, medical practitioners may advise such a woman to go for caesarean delivery during her thirty eighth week of pregnancy. This is because it would be more dangerous to give birth the natural way as the baby will be exposed to the mother’s bodily fluids at such a time.

What Happens After Giving Birth?

Once the child is born, he/she may have to be put on medication for several weeks to keep them safe from any infection that may have passed into their body. Zidovudine is an example of a drug that can be used for such purposes. The baby will then be tested for the presence of the virus within six months.

Ensure that you do not under any circumstances feed your child with your breast milk at any given time. You can try alternatives such as infant formulas or milk from animals such as cows. Since breast milk contains a lot of important elements that help improve your baby’s health and immunity, talk with your doctor on how you can achieve that using other methods. It would be best if you got such advice from a pediatrician.

HIV is not an infection that should discourage any woman from having a child just because they fear that the child will be infected too. If you are pregnant and HIV positive, the chances of transmitting the infection to your unborn baby depends the precautions taken. By keeping in touch with doctors and constantly seeking out their advice and help, you will easily give birth to a healthy uninfected child. If you take the right medication and have regular tests, you will more than likely deliver a healthy child.

You should note that the above treatments will mostly be applied to those who already had prior knowledge of their HIV. Therefore, this means that you should get tested to ascertain whether or not you have HIV so that you know what directions to take. It is recommended that all pregnant women or those who plan to have a child get tested for HIV.

Can kids get athletes foot?

What is the fastest way to heal swollen gums?

More from FindATopDoc on HIV/AIDS and Pregnancy

How long does pain last after knee surgery?

Can psychotherapy help with adult ADHD?