A study published in the journal, Child Development, suggests that mothers who show signs of depression, or mothers who are depressed, are more likely to disrupt sleeping routine of their baby. In this study, researchers monitored mothers throughout the night, while they tended to their children. The mothers with depression often picked their child up while the child was sleeping, disrupting the child's sleep. The mothers were tending to their children, even though they didn't need to be tended to. The sleeping patterns of children with mothers who had depression differed from children who had mothers without depression.

In this study, researchers videotaped mothers putting their children, between the ages of 1-month-old and 2-years-old, to bed. In addition, researchers recorded information regarding the symptoms of depression in the mother, along with the baby's sleeping pattern. One researcher, Douglas M. Teti, PhD, professor of human development and psychology at Pennsylvania State University, feels that the study demonstrates how a mother who is depressed can affect her child.

Analysis of the video displayed that moms who had signs of depression were more likely to wake their babies during the night and keep them awake. Teti feels that spending time with your children is okay, but keeping the child awake through the night is not. It is possible that a mother who is depressed might be using their child for emotional comfort. The more severe the symptoms, the more anxious and worried the mothers were at night.

When children do not receive enough sleep, it can cause several behavioral issues. Teti advises that mothers who have signs of depression should address the problem immediately, and seek treatment. Depression can be managed by talking to a professional, or receiving medication.

Tiffany Field, PhD, research professor of pediatrics at the University of Miami Miller School of Medicine, said that the findings found in this recent study provide good lessons to all the parents. Mothers who are depressed create harmful sleeping patterns for their children.

Can a palliative care specialist help with my father's... 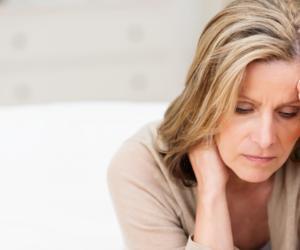 Why A Midlife Crisis May Not Be Bad