According to CDC, 1 out of 303 children has some type of cerebral palsy. This condition is characterized by movement problems, muscle stiffness, poor muscle tone and spasticity. Symptoms of cerebral palsy are caused by injury to the brain during the fetal stage or during early infancy. 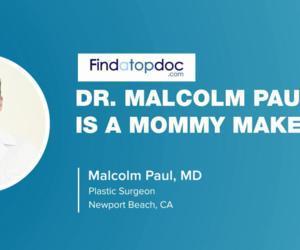 Dr. Paul - What Is A Mommy Makeover?

“The absolute risk of developing this condition is still very low and many children who are born after 42 weeks may not develop cerebral palsy”, says study researcher Dag Moster, MD, PhD, of the University of Bergen, Norway. Hence, it is difficult to recommend intervention during the delivery time based on the study findings.

In this study, the researchers analyzed the effect of delivery time on the risk of cerebral palsy on 1,682,441 single births between gestational ages of 37 and 44 weeks in Norway from 1967 to 2000. None of the participants had any birth defects. About 1,938 of the children were diagnosed to have cerebral palsy.

Analysis showed that children born during 37 and 38 weeks and at 42 weeks or later had a higher risk of developing cerebral palsy when compared to the infants born after 40 weeks. Since cerebral palsy cannot be diagnosed at birth, the children were followed up till 2005. Babies born at 37 weeks had 90% increased risk of developing the condition when compared to babies who were born full-term. The increased risk of cerebral palsy was 30% for babies born at 38 weeks while the risk was 36% for those born at 42 weeks. For babies born after 42 weeks the risk increased by 44%.

The association between risk of cerebral palsy and timing of delivery was more with babies whose gestational age was determined using ultrasound measurements. This measurement is considered to be a more accurate way of dating pregnancy. The risk of this condition also increases with complicated labor and delivery, including preterm birth.

Researchers speculate that as the neonatal brain is vulnerable the way the baby is delivered after 40 weeks increases the risk of cerebral palsy. Another possibility is that fetuses prone to cerebral palsy may have a disturbance at the time of birth which makes them prone to be delivered before or after the full term, say researchers.

Amos Grunebaum, MD, director of clinical maternal-fetal medicine at the New York Hospital-Cornell Weill Medical College in New York City, says the overall risk of cerebral palsy is very small and further, there are many possible causes of this condition. He feels that in most of the cases diagnosis of this condition is due to various other events preceding labor and delivery. He adds that delivering a baby earlier than full term may not prevent the condition and nobody would want to deliver a baby before 38 weeks or after 42 weeks unless and until there is a medical reason behind it. “Delivery after two weeks of the due date do increase the chances of complications”, says Grunebaum.

Dwight Rouse, MD, professor of obstetrics and gynecology at the Alpert School of Medicine at Brown University in Providence also wonders whether the association between the two is causal. He feels that babies who are destined to be abnormal may not have delivery at the time they are supposed to. Stephen Bennett, president and CEO of United Cerebral Palsy in Washington, D.C, says that more studies are required to confirm the findings.

What is a Hamstring Strain?

Say Yes to NO (Nitric Oxide)

More from FindATopDoc on Cerebral Palsy

What is the best pain reliever for bursitis?

My mother doesn't want to live after my father passed?

How is cerebral palsy managed with physical therapy?

How is cerebral palsy managed with physical therapy?