For Hoda Kotb, cancer brought something to her life that ended up saving her. Most people know Hoda Kotb as the positive and energetic co-anchor of NBC News TODAY, but what people don't know is that she didn't always live her life this way.

Is it necessary to remove the entire breast in case...

Hoda was diagnosed with breast cancer

She was sitting at her office at NBC when the news came. She had breast cancer. When she hung up the phone, Hoda remembers the intern looking at her because she was so silent from the shock of it all. She was so stunned that she sent her intern home.

To her surprise, Hoda's intern stayed behind and instead of going home, she asked Hoda for a hug. This young girl, who had no idea what Hoda was going through, seemed to know exactly what she needed in the moment.

A call to action from a stranger

A stranger gave Hoda some perspective on her situation. The man noticed the compression sleeve on Hoda's arm, which many breast cancer patients have to wear to prevent lymphatic swelling. Hoda didn't want to be reminded of her illness and was reluctant to answer his stranger's questions. But the man kept gently prodding on, and finally, the truth came out.

When the man found out she had breast cancer, he reacted in a totally unexpected way. He told her "Don't hog your journey, it's not just for you". He encouraged her to share her story because it could help so many people out there. Basically, she had two choices. She could either hide her experience deep inside, or she could get out there and help others going through a similarly tough time.

To Hoda, these words were a call to action. After a few years battling her cancer, Hoda was feeling healthy and happy. Hoda says she has seen a lot of value in her journey to health. Cancer has shaped Hoda's life, but she refuses to let it define her.

As a cancer survivor, Hoda knows firsthand that for a patient, it's not just about beating the disease. There are so many consequences in the aftermath of it all that can influence so much of your happiness and psychological well-being. Not only do you have to go to frequent follow-ups to make sure cancer hasn't returned, but your body is also recuperating from a battlefield of chemotherapy, surgery, and radiation. For Hoda, she realized that she had permanent changes to her body that she had to wrap her head around and accept. Her body image had changed drastically. She tells other women that even for her, she simply wasn't prepared. Nobody can really prepare for how they’re going to feel.

Hoda's surgeries gave her some serious scars to carry

Hoda had to go through an extensive eight-hour surgery involving both a mastectomy and reconstruction of her breasts. This resulted in huge incisions that spanned from hip-to-hip and sprawled across her chest - she felt like she looked like a roadmap.

After a surgery like that, the reactions are two-fold. At first, you're so relieved that everything went well and that you're okay. Then comes the flood of the second phase, where you don't even want to look in the mirror at what your body looks like now. It's distressing to see yourself in this light, filled with wounds that remind you of what you went through to survive. Hoda remembers being in the hospital, asking her nurse to turn her away from the mirror as they prepared her for a bath. Hoda didn't want to see herself and the scars she would carry for the rest of her life.

The path to healing

With time comes healing. Hoda shares that as time went on and her body healed, she began to feel better. Eventually, she cared less about her scars and was simply happy to have a healthy body despite the lumps and bumps she had to bear. Slowly, Hoda regained her self-confidence and self-acceptance. Though she's definitely not back 100% to how she felt before her cancer battle, she's extremely grateful for everything she has. She's blessed to have amazing doctors and she's celebrating 6 years free of cancer. Despite feeling great about herself, the remnants of her battle are still there, present in her scars all over her body. She admits that she still tugs on her bathing suits and gym clothes to try and hide them - it's something that's going to be with her forever.

Life is full of both the good and the bad, and that’s okay

Hoda believes that's just a part of life. She doesn't know if she will ever feel fully confident to embrace the body she has today - and that's okay. In life, so many things happen to you and you really can't solve every problem that comes your way. The most important lesson to learn is to accept that you're not going to be perfect. Having problems is totally okay. We simply have to live our lives and carry our scars for better or for worse.

Focus your energy on helping others

It's important to count our blessings - that's what Hoda has learned. She's worried about looking at herself and her scars, but when she thinks about the person next to her and how they may need something too, she can stop thinking about her own problems. Rather than focusing her energy on the woes of life that she suffered, she's turned her attention to helping others. That's the best advice she's got for us - turn the spotlight somewhere else, and take the focus away from yourself. When you stop pitying yourself, you'll realize how good you can really feel no matter the burden you have to carry.

Now, at 53 years old. Hoda is living her beautiful life in the aftermath of surviving breast cancer. She's now happily in love and has a baby who is the light of her life. She has many blessings to be thankful for as a breast cancer survivor. 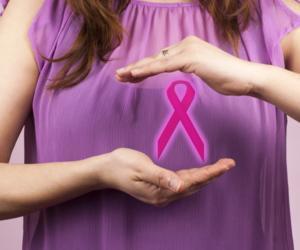 Are Relatives of Someone with Breast Cancer Automatically... 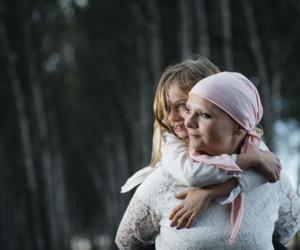 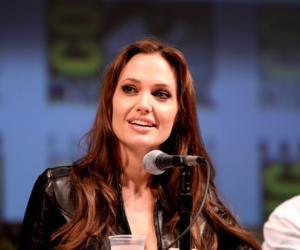 What Women with Breast Cancer Can Do About Depression

What is the lump in my breast