What are inverted nipples?

Inverted nipples, also called as nipple retraction, nipple inversion, or invaginated nipple, is a condition in which the nipples point inward instead of out. In some women, nipple retraction can be present at birth. In some cases, the condition may develop due to trauma or as a result of disease. The nipples may also pull inward if women have a condition that leads to the scarring or inflammation of breast tissues.

Having inverted nipples is quite common with around 10-20 percent of women who have it. Nipple inversion can occur on a single breast or both breasts. Men can have nipple retraction as well. Sometimes, nipples may temporarily invert and can protrude after stimulation or changes in temperature, while others may have permanent inverted nipples.

What disease can it be?

Let's take a look at some of the causes of inverted nipples.

Inverted nipples can be congenital or naturally present at birth. This condition is usually not a cause for concern and can be a simple positioning variation.

When it comes to breastfeeding, women who genetically have inverted nipples can normally breastfeed. In such cases, babies may initially have trouble latching, but patience and some positioning adjustments can make it easier for them to feed. Special breastfeeding devices are also available to help position or pull out inverted nipples.

However, there are some morphologies and characteristics that are specific and associated with certain conditions. Such conditions are characterized by disease.

Mastitis is the inflammation of the milk ducts in the breast that can lead to an infection. In this condition, symptoms of inflammation, such as redness, warmth, swelling, and breast pain are commonly experienced. Other symptoms of mastitis may include fever and chills.

Women who breastfeed may develop lactation mastitis, which can cause the nipples to blister, crack, or retract into the breast. When breast tissues become infected, there can be abscess formation, which may lead to nipple inversion.

Nipple inversion may also be due to an indirect or direct trauma to the breast, which results in the scarring and cell death in breast tissues.

In some cases, an inverted nipple that suddenly occurs may indicate cancer, particularly if nipple retraction is accompanied by other symptoms, such as changes in the texture and color of the areola and nipple, brown or bloody discharge from the nipples, and nipple pain.

A rare form of breast cancer called Paget's disease may also be the cause of sudden nipple inversion. In this condition, cancer cells gather around the nipple and the areola.

Mothers with inverted nipples are able to breastfeed without any complication. However, first-time mothers or those who have the least experience in breastfeeding may endure more soreness and pain during their initial breastfeeding attempts.

When breastfeeding is correctly done, infants latch onto the areola instead of the nipple. For this reason, mothers with inverted nipples can still breastfeed their babies without any problem. Babies who are properly latched on to the breast may even help inverted nipples to protract.

Immediately before breastfeeding, using a suction device, such as a breast pump may help draw out inverted nipples. For this purpose, a hospital-grade breast pump may be used. Other methods to help the nipple protract to facilitate breastfeeding include the use of nipple shields and frequent nipple stimulation, such as nipple sucking during foreplay and sexual intercourse.

A suction device can simply help bring the nipples back to its proper position, particularly when the nipples are temporarily inverted due to muscle contraction. However, in some cases, other drastic methods may be needed to correct the inversion.

For some, nipple piercing is something to consider to prevent the nipples from retracting. Although this method may work for some, nipple reversal can still happen.

2. Breastfeeding and Other Stimulation

To help the nipple to come out, other methods such as breastfeeding, using breast pumps, and foreplay nipple sucking may be applied. However, these are only temporary solutions to nipple retraction.

A technique used since the 1950s called the Hoffman technique can also be done to help draw out the nipples. Although it is still unclear how long the effect of this method lasts, you can do this technique if you want to help your nipples protrude. Regular or frequent stimulation may help reverse nipple retraction, so try to practice this method at least once a day to achieve desirable results. If this technique does not work for you, don't get discouraged. There are still other effective methods to try.

Most people do not need plastic surgery to correct nipple inversion. When surgery is performed, there is an increased risk of damaging the surrounding breast tissues or milk ducts. However, there are surgeons who perform new surgical techniques to help preserve these areas.

Moreover, corrective surgeries for nipple inversion have a significant recurrence rate of 12.6 percent, according to an observational study (1). Due to this high recurrence rate, surgical procedures with a required downtime and cost more than $2,000 should be something to think about.

It is also important to note that these treatment options do not guarantee a permanent change in nipple inversion. If they do work, there is still an increased risk of recurrence later on.

Inverted nipples can be a congenital condition and can be normal in most cases. However, you may want to speak to your healthcare provider if you notice that your nipples suddenly retract or flatten later in life.

These changes may not indicate something serious, but may also be a red flag for other serious breast diseases, such as Paget’s disease of the breast, which is a rare type of breast cancer that affects the nipple and areola.

What can cause a cutting feeling having swollen lymph...

More from FindATopDoc on Inverted Nipple

What time can I take Nyquil? 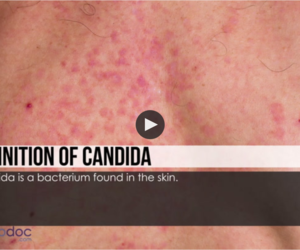 What is the long-term damage to your eyes from sun...