According to new research, calcium supplements are usually taken by elderly people and post-menopausal women to prevent their bones from thinning. Now, it may increase the risk of a heart attack. Researchers suggest that these drugs should be taken with caution.

Some of the earlier studies reported that higher calcium intake is associated with a reduction in the risk of heart disease. The new research showed that there is a major difference between calcium obtained from dietary sources and those in supplements.

Are these symptoms an impending heart attack?

In this study, data from 23,980 German men and women between the ages of 35-years-old and 64-years-old, participating in the European Prospective Investigation into Cancer and Nutrition was analyzed. Those who had a moderate intake of 820 mg of calcium had a 31% reduction in the risk of heart attack when compared to those who had a lower intake. There was no significant reduction in the risk in people who had more than 1,100 mg per day.

According to Professor Sabine Rohrmann, from the University of Zurich, Switzerland, the study showed that increasing the dietary intake of calcium from dietary sources may not have any significant benefits for the heart, while calcium supplements should be taken with caution. Calcium supplements may increase the risk of myocardial infarction or heart attack, added Rohrmann.

Natasha Stewart, the British Heart Foundation’s senior cardiac nurse, clarifies that the study does not mean that supplements cause a heart attack. More studies are required to depict the relationship between heart attack and calcium supplements. Further research will also help to see whether the risks of supplements outweigh the benefits offered by the drug to patients with osteoporosis.

Angina Pectoris: What are the Symptoms, Causes, and...

What are the signs of a heart attack?

Is it possible for a heart attack to go unnoticed?

More from FindATopDoc on Heart Attack

Can excess oil in food cause a heart attack? 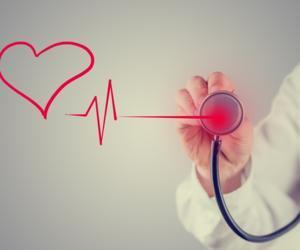 What could have been the cause of my father's heart attack in the hospital?

How do I help my father if he has a heart attack?

Angina Pectoris: What are the Symptoms, Causes, and Treatment?