Gary Lewis, MD, Robert Gerszten, MD, and colleagues from Massachusetts General Hospital have tracked more than 200 small molecules in blood that can be considered the metabolic signatures of fitness. These small molecules are the end products of metabolism, during which, the body converts sugars, fats, and proteins into smaller molecules with the release of energy.

In this study, published in the journal, Science Translational Medicine, the researchers analyzed the metabolite profiles of relatively healthy, middle-aged, overweight men and women. The study was conducted before and after a short exercise session, which lasted for 10 minutes. Some of the participants who were more fit had a totally different metabolite profile, when compared to others who were not so fit.

How to treat generalized anxiety disorder in senior...

Have a question aboutMetabolism?Ask a doctor now

Lewis explains that people who are more fit mobilize the fuel sources better than those who are less fit. This clearly shows that people who are fit are able to burn fat more efficiently than others. Analysis of blood samples from 25 participants who had just finished the Boston Marathon showed that they were able to burn fat a thousand times more effectively, pointing to an intense fuel-burning mode in the body. Those participants who had above-average finish times in the run had fewer harmful metabolites in the blood, when compared to those who finished in below-average times.

The ability to burn fat efficiently continued in the people even after the exercise session. In addition to the increased burning of fat, exercise also provided an antioxidant effect, reducing the oxidative stress in the body. But in sedentary people, the opposite was true. According to Lewis, their body became better and better in storing rather than burning fat.

Exercise helps to tap all the fuel stored in the body, but in some people, the balance is greater towards over-storage rather than an increased metabolic rate even with exercise. The study does not explain what makes a person more fit. The researchers are trying to figure out whether the fit people are inherently fit based on their genetics or they are able to alter the metabolism to burn fat more effectively.

Further studies may be able to tell us whether the metabolites seen in the blood after the exercise play an important role in improving fitness. “When muscle cells were exposed to these small metabolites, they turned on a gene that is involved in the ability to use glucose in fats”, reports Lewis. Thus, exercise increased the production of molecules that stimulates the expression of a gene involved in metabolism. One of the gene stimulated by the metabolites is nur77, a gene that controls the way the body burns or stores fat.

“Sports drinks, if supplemented with the small molecules that are used up in exercise, can allow one to produce the next generation drink that might be able to burn more fat”, says Lewis. If the metabolic profile of people with conditions like heart disease is studied, certain metabolites or drugs that mimic the action of these small molecules may be useful in the therapy of the condition, he adds. But Andrew S. Greenberg, MD, director of the obesity and metabolism laboratory and the center on aging at Tufts University, warns that if all that a person wants is to lose weight, taking these small molecules may not be enough. He explains that taking these metabolites may not be enough to keep the muscles fit. “Burning fat is not just getting on the treadmill and exercising”, says Greenberg. Increasing the metabolic rate is a long term process where body’s thermostat is reset and it starts responding to the exercise. “Exercise is just one part of fitness”, he adds.

Joshua C. Munger, PhD, assistant professor of biochemistry and biophysics at Rochester University, feels that this study by Lewis and colleagues has opened up new venues in the research to understand the benefits of fitness. “It goes without saying that it is good to get plenty of exercise, but many of us do not know where the benefits are”, says Munger. “The present study has raised an interesting question whether the small molecules in the blood may modulate the pathway leading to fitness”, adds Munger.

Can cesarean cause nerve damage?

More from FindATopDoc on Metabolism 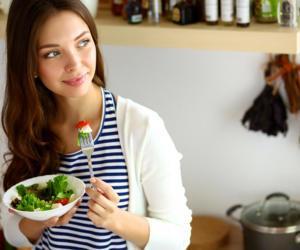