Metabolism is a complex biochemical process that is needed to maintain life. Availability of nutrients and nutrition are closely associated with metabolism since metabolism is a process that involves the conversion of food into energy, which is used to fuel the body's cells. The basal metabolic rate of each person is influenced by a variety of factors, which include:

How to prevent my bracket from popping off while I...

Have a question aboutMetabolism?Ask a doctor now

Metabolism also involves physical and chemical processes in the body that help in the blood circulation, breathing, and nerve functioning of an individual. To carry out these processes, the body converts energy from the food that we consume daily.

The nervous system and the hormones control metabolism. When we consume food, the digestive enzymes present in our body break down fats, carbohydrates, as well as proteins, which the body can use for energy or for growth.

There are two categories of metabolism: catabolism and anabolism. Catabolism involves the breakdown of molecules into smaller units to obtain energy or for other anabolic reactions. Anabolism is a constructive process, which involves the formation of complex and large biomolecules from simple ones. Metabolism is the act of balancing both of these processes.

The BMR rate is the rate at which the body is said to be burning energy or the kilojoules during the period of rest. It also accounts for around 50-80 percent of the complete energy usage. To a certain extent, a person's BMR is determined through genetic factors, but it may also be affected by physical activities and certain health conditions.

When people are exercising, they are said to be burning more energy. Being fit and staying physically active can help increase the BMR since the more muscles and the less of fat we have in our body, the higher our metabolic rate would be. Compared to fats, the muscles need more energy to properly function.

BMR is inherited to a certain extent. Although certain health problems can affect people's BMR, there are some ways to change one's BMR. One example would be regular physical activity, which not only burns more calories but also promotes physical fitness that would help increase BMR. Another factor that influences BMR is body composition. Those who have less fat and more muscles tend to have higher BMRs.

A metabolic disorder is a disease caused by abnormal chemical reactions that change the body's normal metabolic process. Most of these disorders involve problems in the level of hormones or enzymes and how these hormones and enzymes work.

When the body's metabolism is defective, toxic substances can build up in the body along with not having enough substances that are required for the body to function normally. Either of these effects often leads to serious consequences.

G6PD is an enzyme that plays a significant role in cell metabolism. This enzyme helps metabolize carbohydrates and is produced by red blood cells. When there are not enough G6PD in the blood, red blood cells are prematurely destroyed. The early breakdown of red blood cells is called hemolysis, which can lead to hemolytic anemia.

Hemolytic anemia occurs when RBCs are rapidly destroyed than the bone marrow can replace them. This condition often results in a reduced flow of oxygen to the tissues and organs of the body. Hemolytic anemia can cause jaundice (yellowing of the eyes and skin), shortness of breath, and fatigue. Children with a G6PD deficiency may look pale and tired along with rapid breathing and a fast heartbeat. People with this metabolic disorder often have a hemolytic response after consuming fava beans and other types of legumes.

Galactose is a simple sugar that makes half of lactose, which is the type of sugar found in milk, infant formula, and other dairy products. Small amounts of galactose are also found in many foods.

People with galactosemia cannot completely break down galactose to produce energy. Infants who are born with this metabolic disorder cannot tolerate any form of milk. If they are given milk, galactose can build up in their system and damage their eyes, brain, kidneys, and liver. For this reason, milk and dairy products, including breast milk should be strictly eliminated from their diet.

Hyperthyroidism is a condition that occurs when the thyroid gland excessively produces the hormone called thyroxine, which increases BMR. This condition can significantly accelerate the body's metabolism causing rapid weight loss, fast or irregular heartbeat, high blood pressure, nervousness, sweating, restlessness, and an abnormal enlargement of the thyroid gland (goiter).

Certain medications, surgery, or radiotherapy can help control the disease.

In hypothyroidism, the thyroid gland does not produce sufficient levels of the hormone thyroxine. Hypothyroidism also lowers BMR. If it is left untreated, infants and young children will have stunted growth along with an intellectual disability.

Hypothyroidism tends to slow down processes in the body and causes tiredness or fatigue, excessive weight gain, slow heart rate, and constipation. Treatment in children and adolescents usually involve the intake of oral thyroid hormones. Hypothyroidism is also observed in women who are 60 years old and older. This condition disturbs the normal chemical reactions that take place in the body.

Phenylketonuria (PKU) is caused by a defect in an enzyme that breaks down the amino acid called phenylalanine. If this inborn error of metabolism is left untreated, infants can grow with intellectual disability, mental disorders, seizures, and behavioral problems.

Phenylalanine is essential for the normal production of protein needed by growing infants and children. However, when this amino acid excessively builds up in the body, brain tissues are affected, which gives rise to intellectual disabilities. Early detection and dietary restrictions can help lessen the severity of complications.

Type 1 diabetes is a chronic condition in which the pancreas does not secrete or produce sufficient amounts of the hormone called insulin. Insulin functions as a key that lets glucose enter the cells to produce energy. Children and adolescents with type 1 diabetes require regular insulin shots to help control their blood sugar level and lessen their risk of developing serious complications.

In type 2 diabetes, the body does not properly use insulin (insulin resistance). Type 1 and type 2 diabetes have similar symptoms. Because of a reduced responsiveness to insulin, many children who develop type 2 diabetes tend to be overweight.

Does a creatinine level of 5.5 require dialysis?

At what age are children diagnosed with diabetes?

More from FindATopDoc on Metabolism 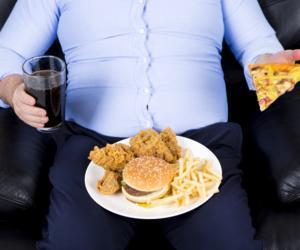