It is a challenging experience for a doctor to break the news of the disease to a patient suffering from multiple sclerosis (MS) as the cause of the disease is unknown.

Multiple sclerosis is an autoimmune disease where the immune system attacks its tissues. It is a progressive neurological disorder. The nerve cells of the central nervous system (CNS) is responsible for sending out signals from the brain. Every human action performed by the sensory organs (eyes, nose, ears, tongue, and skin) is controlled by the nerve cells. These nerve cells reach the intended target through nerve fibers. These nerve fibers are protected by a myelin sheath. In the bodies of people who suffer from MS, the immune cells abnormally attack the myelin sheath, the layer of fatty substance protecting nerve fibers. 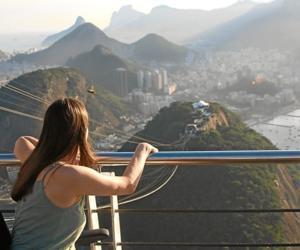 The cause of this disease has remained an enigma over the years. However, medical experts suggest that the disease can be caused by genetic or environmental factors, or both.

Genetic factors come into play when a person has a parent or sibling who is suffering from the condition. The chances of an offspring of a person with multiple sclerosis developing the disease range from 2-3%. It is therefore important to monitor children within families where there have been cases of this condition. Scientists also believe that persons with MS are born with a genetic susceptibility to react to given unknown environmental agents that then triggers an autoimmune response when they encounter them, leading to the occurrence of the disease.

The geographical location of an individual is also another factor that may influence whether one contracts MS or not. Epidemiologists have noticed increased cases of the condition in countries that are located furthest from the equator. It is believed that vitamin D benefits the immune system. Individuals who live near the equator are exposed to more sunlight. Thus their bodies produce more vitamin D, decreasing their chances of suffering from multiple sclerosis.

Researchers have also suggested that some viruses and bacteria may be among the causes of MS. It is thought that viruses cause inflammation and the breakdown of the myelin sheath, known as demyelination. This is something that scientists are taking the time to further research on though so far, no progress has been made on the same. The measles virus, the human herpes virus-6, and the Epstein-Barr virus are some of the viruses currently under investigation by medical researchers and scholars to find out their relationship to the occurrence of MS.

There are also other factors that can increase your chances of developing the disease. These include smoking. A person suffering from this condition should not smoke or inhale second-hand smoke as these trigger the disease. One’s ethnicity is also a determinant. People of Northern Europe descent are at higher risk than most people for getting the disease. Women too have 2-3 times greater chances than men of developing the condition. This means that a woman whose family has had a case of MS, has to be on the lookout for signs and symptoms of the disease, especially when she is between 15 and 60 years old.

The cause of multiple sclerosis is still unknown due to the complexity of the disease and the unpredictability of its occurrence. The only solution currently for persons living with the condition is to manage the symptoms and avoid its triggers such as stress, smoking, heat, and some medications. There is no known cure at present, and doctors can only manage the disease to help ensure a longer life for the patient and decrease the burdens of the symptoms. Though one may be disabled, one can nonetheless live a very fulfilling life with MS as epidemiologists work tirelessly to find a cure and the cause of multiple sclerosis.

In addition to genetics, the environment, infections, and the immune system, other risk factors may increase your chances of developing MS. For example:

Possible Factors That Can Trigger MS

Heat: This does cause symptoms in everyone. But it always advisable to stay away from heat.

Smoking: If you are into smoking, then look into ways to quit smoking. Smoking can disrupt your CNS and trigger MS.

Medication: MS does not have any particular medication that can cure it. There are only medicines to help prevent relapses and new lesions. Some people may feel that these medicines have too many side effects or are ineffective. But the truth might be that these are the effects of other medications or an overdose of the drugs. You should consult your doctor to know which medicines are not safe to take with the medications for MS.

Lack of Sleep: This causes low energy, which results in the triggering of MS.

Infections: Infections of any parts or due to any virus can trigger MS.

As mentioned, there is no cure for MS. But there are treatments that relieve the patients' suffering caused by MS.

The most common treatment category is corticosteroids, such as oral prednisone and intravenous methylprednisolone, which reduce nerve inflammation. In some people, these steroids may be ineffective. The reasons may be different for different people. In such cases, plasma exchange is done. In this type of treatment, the plasma or the liquid part of the blood is removed and mixed with a protein solution. This solution is then put back into the body. 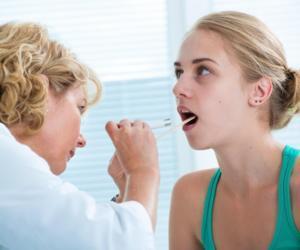 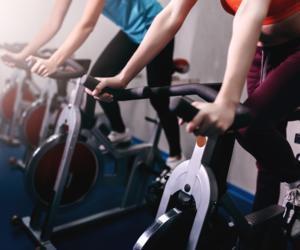 The Link Between Exercise and Multiple Sclerosis

The Osbourne Family Partners with Teva for Multiple Sclerosis Campaign