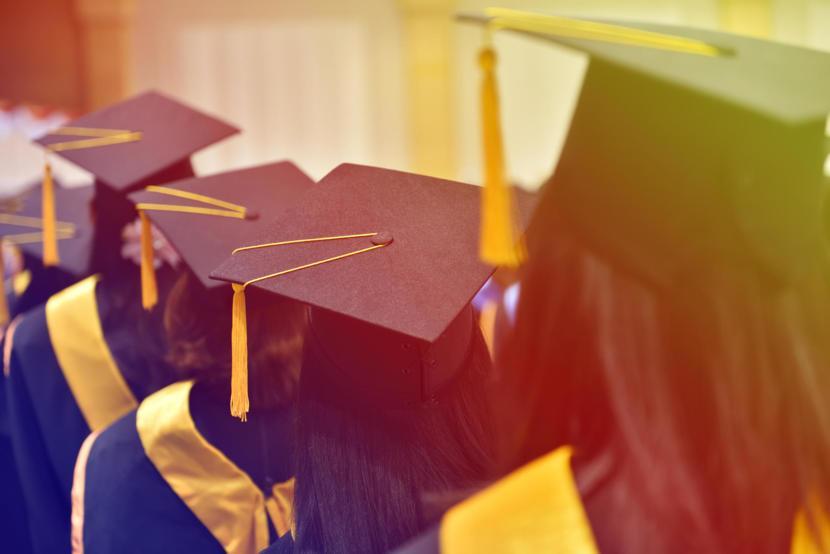 “All I Care Is You Do Your Best”

I, like many, attended kindergarten, went to grade school (catholic), public high school, completed college and graduated from Notre Dame with a Ph.D. in psychology.  As a young boy I played a lot in the park across from the street where I lived, got interested in playing organized baseball and became fascinated with tennis as taught by my future high school tennis coach.  I was considered a “jock” in high school and played on a college tennis team.  Yes, I was on the high school honor roll and graduated 33 out of 450 high school students.  During college I took pre-med courses but gravitated towards the science of psychology which I found more exciting and challenging.  My specialty in graduate school was intellectual deficiency, learning and motivation, cognition and perception, and experimental design/statistics. I have been licensed in multiple states to practice clinical psychology (NC, Florida, PA, WI, and MO).  I am considered an organizational development specialist concentrating on organizational and adult learning, as well as transformational change.

As a young boy because of my small stature my dad had me dribble the ball around chairs in the basement blindfolded to help me gain an advantage over others kinesthetically when playing basketball.  I won the state championship in tennis in doubles with my then best friend, started on the high school basketball team and was selected one of the three top athletes in my high school graduating class.  My sports picture is in the WI and Toledo OH sports centers for my tennis exploits in college (winning tennis team and NAIA all American).

I grew up catholic with some fond and not so fond memories.  The Sisters of Notre Dame were most of my teachers in this Irish catholic grade school.  While strong disciplinarians they were for the most part empathetic and committed to doing as good a job of teaching as they could.  I sang in the church choir, sometimes solo and attended mass daily.   One choir director was perverted as I found out later and was taking advantage of some of boys in my class – he was fired but no one knew what happened to him.  While waiting to take our turn to practice basketball as the girls were on the floor and incident occurred to none of our knowledge.  Apparently after the girls were done practicing and the boys took the court, one of the lay teachers monitoring the gym found a girl’s underwear garment under the bleachers.  Not until a day later was I told about this and we were accused of taking her underwear from the girl’s locker room.  None of the boys knew anything about it but the priest made us all stand in front of the whole school and apologize for what we did.  “Us” boys were also told that we were kicked off the basketball team.  About a week later, on the loud speaker, the priest came on and said that we did nothing wrong and that we were back on the team.  The priest never personally explained or personally apologized for his mistake and publicly humiliating us in front of the school kids.  Within four months, the priest came to me and said that I past his test and should become a candidate for the priesthood.  I never did pursue that career track – my second oldest brother did but quit after two years at the seminary.

During high school I worked part-time at a place called “The Left Guard” owned by then a well-known Green Bay Packer guard.  While there I got to know all the packers of the 60’s era and was a dishwasher and bus boy during my two years of working there.  At a Christmas party, we drank all sorts of liquor and I became very ”drunk”  - by the time I drove home and somehow made it I was feeling awful with my head spinning.  When I got out of the car, there was my father standing yelling at me for being the worst son he has ever had.  I could not listen, all I could do was muster myself to the bathroom and proceed to have my head over the toilet and have the “dry heaves.”  For a day later, my head did not stop spinning but I did make it to basketball practice and do reasonably well considering my condition.  To this day I do not hold my liquor well and have to be constantly vigilant to drink only a couple of drinks.

In college I belong to a men’s national fraternity.  Don’t ask me why I joined the one I did – but I think it was because they played competitive intramural sports.  This fraternity stole from shops, food trucks, and grocery stores as well as from their fraternity brothers by not submitting their fees to national and pocketing it for themselves.  They were more on probation than they were off.  They harassed and hazed their pledges as well as threw ungodly booze parties where they took advantage of woman attending after getting them drunk.  They had chest full of professor’s tests across many courses which they distributed to their “brothers” to cheat on tests.  All this and I still belonged but not for long.  While playing in an intramural football game I was kneed in the groin to which I felt like my “balls” went into my mouth.  By the time I got to the dorm room my scrotum swelled to the size of a large softball (major hematoma).  I spent the next month in the infirmary and it jeopardized my grades for the semester and my position on the tennis team.  My fraternity life ended after this event.

Oh, one last thing, I did play poker against members of another fraternity quite often - typically seven card stud, high/low declare at the end using coins.  I used my monthly ROTC salary of $50 to join the game.  Won lots of money and sent my winnings home to my Dad.  He asked where I was getting all this cash.  I said I had a part-time job distributing pre-game magazines at football games.  Obviously he found out and called me at one of the card games I was at and from that point forward knew what the real story was. I still enjoy cards today having learned how to play about every game there was from my dad’s Granma.  I use to spend every Friday at her house in Little Chute WI while my dad barbered.  After he was done we would stop on the way home and have a fish fry at Broadway Tavern for 25 cents – how things have changed.

My graduate life was spent working full time as a manager of a family restaurant, during research during the night and going to classes during the day.  No sleep, just cat naps here and there until I completed my Ph.D.   Most of my professors I took courses from were brilliant and well adjusted.  One who was exceptionally gifted but was also a complete narcissist.   He was so much into himself that when he would come to class to teach he would have a waistband around his middle to hold in his gut, wore shirts that were not button up exposing his hairy chest and belittled the priest/nuns by making fun of the “host.”  The worst of it all this macho man deliberately failed a colleague friend of mine on his written exams because he was small in stature and overweight but who so happen was also the best student in learning theory.  My colleague had to change advisors, his dissertation and concentration of work over this episode to which no one on the faculty came to his defense.  After I left, I never found out whether my colleague ever recovered and received his Ph.D.  Out of the first three groups of classes that were enrolled in the Ph.D. program, I was the first to graduate with a Ph.D. in psychology from Notre Dame.  Back then, getting “the” degree was extremely difficult.

My experiences at graduate school were spent doing research on learned helplessness using rats as subjects, teaching psychology courses at a variety of colleges in the area, building and operating an aquarium center, studying the schooling behavior of zebra fish, helping a spinal bifida high school student adjust to school and attend to his physiological needs, and using behavior modification techniques  to improve the quality of life of severely handicapped children who lived in a residential center close to the university.  My dissertation dealt with looking at the importance of attention and motivation in discrimination learning task when comparing similar mental age normal and intellectual disability persons.

All these experiences have oriented me to use evidenced based practices, be inquisitive and insightful, and sensitive to the ethical and personal concerns of those we “touch.”  By the way, while at Notre Dame I also was the student manager of the married student housing complex located off campus – collecting rent and attending to daily needs of those living there.  Complaints surfaced all the time which needed to be dealt with – the weirdest being a complaint about a fellow tenant exposing himself by knocking on the front door and opening up his trench coat.  All those living at the complex became close friends to include spending a weekend night drinking the cheapest wine one could find.  The worst memory I have is on my way home walking near the beach park of seeing s young boy being pulled out of the water having drowned – which leads me to my short story.

My friend and I and his sister were playing in the park in the fall of the year in WI.  He was 6, I was 5 and she was 4.  All of us were told to stay away from the island in the park.  Sadly we did not.  We crossed the bridge onto the island and proceeded to dare each other to jump from rock to rock along the water’s edge.  On one jump, we heard a splash and turned our heads to see Patty fall into the water backwards with a blank stare on her face.  All we could see was the top of scarf above the current in the water.  Both of us almost jumped in but did not and each ran home.  I told my Dad what happened and he immediately ran over to spot where she fell in, he jumped in and spent 15 minutes trying to see if he could find her.  By then, the rescue squad and police showed up.  About two hours later, they found her body some three hundred yards down by the boating house.  The last time I saw my friend was at the funeral home – we never saw each other again.  This has haunted me to this day – I no longer have nightmares nor fear water or have panic attacks when in the water but I still do feel guilty that I was responsible for her death because of disobeying my parents for not going on the island – something that stays with me just below the surface even today and probably will be there until I die.

What Do Your Sleep Habits Say About Your Physical and Mental Health?