A new study shows that snoring, breathing through one's mouth, and stopping breathing while asleep may lead to behavioral problems in children. Earlier studies have shown that these disorders in sleeping are known as hyperactivity.

The study recruited pregnant women who were due to deliver between April 1991 and December 1992. The children, totaling in 11,000, were followed for a long period. The parents were asked to fill questionnaires regarding children’s snoring, mouth breathing, and the short pauses in breathing while they were asleep. These questionnaires were provided when the child was 6, 18, 30, 42, 57 and 69 months of age. Once the children between the ages of 4-years-old and 7-years-old, parents filled out questionnaires regarding the behavior of the child. The details of the study are published in the journal called Pediatrics. 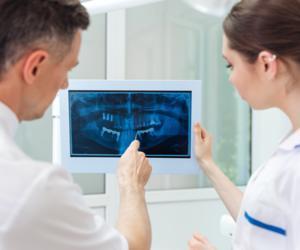 Snoring Problem? This Dentist May Have the Solution

Have a question aboutSnoring?Ask a doctor now

The results showed that 45% of the children breathed just fine while asleep. Among the rest of the participants, children who had severe forms of breathing complications when the child was 30-months-old had more behavioral problems than others, according to researcher Karen Bonuck, PhD, a professor of family and social medicine and of obstetrics and gynecology and women’s health at Albert Einstein College of Medicine in New York. The results also showed that children who had breathing problems were 40% to 100% more likely to have behavioral problems when they reached the age of 7-years-old, when compared to children who did not have any breathing issues. Other factors that are linked to behavioral problems, like birth weight and the mother’s education, were all considered and accounted for in the study.

The risk of behavioral problems, like hyperactivity, aggressiveness, rule-breaking, anxiety, depression, and difficulty in getting along with peers increased with the severity of breathing problems. According to a study published in the Journal of Developmental and Behavioral Pediatrics, many parents are of the belief that snoring is a sign of healthy sleep in children. “The results show that parents should pay close attention to the children’s breathing during sleep”, says Bonuck. If the child has symptoms of sleep-disorder breathing, they should ask their pediatrician to see whether they need to see an ENT or a sleep specialist.

Researchers think that breathing problems during childhood affects the amount of oxygen delivered to different parts of brain when they are developing, which might result in behavioral problems. Breathing problems may also interrupt with the restorative processes of sleep, and affect the different cellular processes.

“There is a drastic decline in the number of tonsillectomies, which may also be the reason behind the increased diagnoses in behavioral problems in children," says co-researcher Ronald Chervin, MD, professor of sleep medicine and of neurology at the University of Michigan. Tonsils and adenoids were usually removed by surgery because of recurrent throat infections in children. Now, a adenotonsillectomy is performed for obstructive sleep apnea as well.

“More studies are required to understand some facts, like at what age should sleep apnea be treated in children, and what the benefits are from removing tonsils and adenoids”, adds Chervin.

Sleep Apnea Is Much More than Snoring

Can snoring be associated with a health problem?

My nose is runny and I snore. What can I do?

More from FindATopDoc on Snoring

Is my snoring related to a nose blockage?

How do I stop snoring?

Can a different pillow solve my snoring issue?

How can I treat my husband's snoring habit?

Should I be worried if my child snores?

Is my snoring related to a nose blockage?