Heat rash is a generic term used to describe a skin infection that is caused by an intense heat exposure to the skin. As a result of the body being exposed to too much heat, there is excess sweating.

This excess sweat mostly blocks the sweat glands, which leads to the trapping of perspiration in the inner skin layers. Once the sweat is accumulated inside the skin, it causes rashes that mostly appear as tiny blisters or bumps. 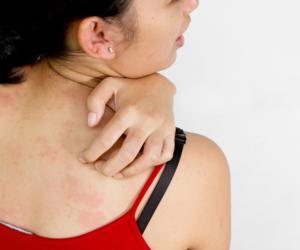 Heat Rash: When Should I See a Doctor?

What is miliaria profunda?

This is one of the types of heat rashes. Rashes are often referred to as miliaria or prickly heat. Miliaria profunda happens when there is blockage of the sweat ducts located in the middle region of your skin, which is called the dermis. It is difficult for the tissues in this region of the skin to be blocked. This condition is usually seen in people who have experienced repeated cases of miliaria. They are mostly people living in hot areas.

Who are at risk?

The people who are likely to suffer from this condition are those that experience too much sweating for a long time. This gives enough time for the inner parts of their skin to be blocked. The following are some individuals who are more likely to have this condition:

What skin areas are generally affected?

Like other heat rash-related conditions, any part of your body can be affected. Any person can have the infection. However, the areas where there is skin folding are more prone to have rashes. The usual affected areas include the neck, abdomen, breasts, elbow folds, face, back, and buttocks.

What makes it worse?

Miliaria can worsen depending on the following factors:

Heat rash is considered as a mild condition that goes away within a few days. However, repeated occurrence by other types of prickly heat such as miliaria crystalline and miliaria rubra can lead to miliaria profunda. In cases where treatment does not work, visit a doctor to test for other skin infections.

5 Tips on Living with Heat Rash 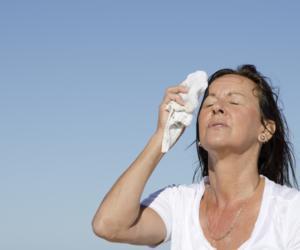 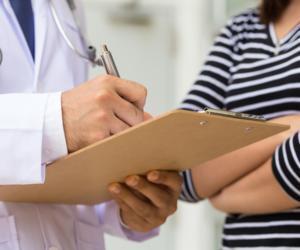 Heat Rash: What Is Miliaria Rubra?