Confirming cancer, locating the tumor, and checking its presence

Lung Cancer is one of the most common and serious forms of cancers in the world. In fact, it is also one of the leading causes of cancer deaths for both men and women. This form of cancer is known to mainly affect older people, primarily those in their seventies. Smoking has been identified as one of the major causes of lung cancer. However, non-smokers are equally at risk.

It is not often easy to detect lung cancer at an early stage as the signs and symptoms are not distinct. However, eventually many people with the affliction develop symptoms like a persistent nagging cough, coughing up blood, chest discomfort, shortness of breath, extreme fatigue, loss of appetite, and weight loss. These are the quite telling signs of lung cancer, so if you know or feel that you are experiencing one or more of the symptoms, it is important that you consult a doctor immediately.

Your symptoms, medical history, and family disease history help a doctor determine your likelihood of having lung cancer and if further diagnostic tests need to be done.

If there is reason to think you may have cancer, the doctor will recommend  a number of diagnostic tests to determine the presence of cancerous cells and rule out any other medical condition.

Diagnostic tools allow physicians to assess the nature of any cancer. The physician is able to pinpoint the tumor’s exact location and confirm whether the cancer has spread to other parts of the body. Thus, diagnostic and other tools aid the doctor in planning a suitable treatment approach.

The oncologist examines your chest and abdomen and asks questions concerning your medical history. He assesses your health and the risk of cancer in the family affecting your health.

An image of your lungs is digitally created by exposing your chest to radiation. The image may or may not reveal an abnormality suggesting cancer.

Cancer destroys healthy tissue and upsets the body’s natural rhythm. The aim of taking a blood sample for analysis is to assess the health of vital organs. The medical team analyzes whether your heart, liver, and kidney are functioning normally. If any major abnormality is detected, further investigations into their condition are ordered.

Basically, this test is used to assess how well your lung is working. It gives vital information regarding:

Any abnormality is investigated further.

A small tube with a scope at the end is inserted into the air passages to get a closer look inside the lung. The surgeon might also remove a small sample of lung tissue for a biopsy. Usually, this is the stage that detects and helps identify cancer.

This is recommended for tumors in the center of the lung.

Computerized Tomography is an advanced method of creating an improved digital image of the body’s internal organs. When a biopsy indicates the presence of cancer, the CT scan confirms the location and size of the abnormal tissues. It is possible to learn whether cancer has spread to other parts or to the bone.

A CT scan can detect smaller lesions that are not visible in a chest x-ray and can also often help distinguish a cancerous lesion from a benign one.

The CT scan may leave the medical team unsure about the nature, size, and extent of the cancer. The PET scan is a deeper investigation enabling physicians to judge the changes occurring within cells in a tissue. This information is very useful in studying lung tumors.

Typically, the sputum or liquid phlegm that you cough up is collected as you wake up in the morning. The sample is cultured and tested to detect the presence of abnormal cells and microbial infections.

Guided by an x-ray machine, the surgeon inserts a fine needle to draw sample biopsy tissue from lung tumors. Normally, this is performed only for tumors located within the outer rim of the lung. Care is taken not to puncture the lung.

EBUS uses a small bronchoscope with an ultrasound located at its tip. The instrument is guided through the trachea and down the bronchi to areas near tumors. The probe emits tiny sound waves that a machine decodes into images. Tissue samples are sent for analysis.

The mediastinum is the thick partition that separates both lungs, and it lies near the areas where central lymph nodes are located.  The surgeon inserts a rigid tube through a cut in the neck, down the trachea sides, to remove tissue samples from this region.

In this day-long procedure, a thoracoscope fitted with a camera is inserted through a cut in the chest or back with the aim of examining tumors. The patient will be under general anesthesia as the surgeon either removes tissue samples or the tumor itself.

Testing at different periods allows the doctor to identify the stage the lung cancer is in, which helps in deciding the appropriate treatment.

Diagnostic tools allow doctors to assess the progress of the disease and judge the success or failure of treatments undergone.  Doctors usually cannot predict the future course of events, but they can give patients a better idea as to what it takes to combat cancer. Cancer diagnosed at the earliest stages have the best chances of being cured.

Treatment for lung cancer largely depends on the type of lung cancer you have, how extensively it has spread, and how good your overall health is. It usually involves a combination of surgery, radiation therapy, and chemotherapy. Though there are successful cases of lung cancer being discovered in time and cured, the general prognosis for lung cancer is poor. This is primarily because it is not usually detected until it is at an advanced stage, in which the cancer has either spread through the lungs or to other parts of the body. For all these reasons, it is imperative to go to a doctor to get diagnosed and get their medical advice, so that they can give you the best course of action.

What are the Different Types of Breast Cancer? 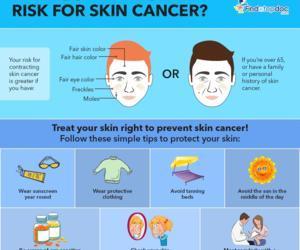 Can cancer cells be removed surgically?

What are the Symptoms of Melanoma?

What is Large Cell Carcinoma?