Anxiety is a general term that is often used to refer to disorders among individuals that cause nervousness, fear, stress, and worrying. These traits often impact human behavior and can turn into real physical symptoms. Mild anxiety is temporary and vague. However, anxiety that turns into an obsession can be a cause for worry impacting daily life.

When individuals experience nervousness before a test, exam, or facing a challenging situation, it is considered a normal form of anxiety and is no cause for worry. However, anxiety is treated as a medical issue when it begins to interfere with a person's ability to sleep or carry out everyday activities. Usually, anxiety is caused by certain reactions spiraling out of proportion. 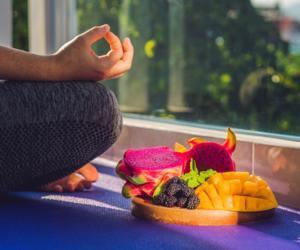 10 Tips For Managing and Reducing Anxiety

What are the different types of anxiety disorders?

Anxiety disorders are classified into various types. The most common types are as follows:

GAD is a chronic anxiety disorder wherein patients experience excessive and long-lasting anxiety. Their worries revolve around non-important life events, objects, and situations. These individuals worry about health, money, family, work, and other day-to-day issues, but experience trouble identifying and controlling specific fears and worries. Their fears are out of proportion and more prominent than the normal intensity of such worry, and these overwhelming fears eventually hinder their everyday functioning.

Panic disorder is characterized by anxiety with sporadic attacks of intense terror that lead to shaking, confusion, dizziness, nausea, and difficulty in breathing. Panic attacks may arise abruptly and reach a high point within 10 minutes, but they could last for hours.

Frightening experiences or prolonged stress may trigger panic disorders, but they can be sudden as well. In situations of panic attacks, individuals are often aware of any change in normal body function, interpreting it as a life-threatening illness. Hypervigilance is followed by hypochondriasis.

Post-traumatic stress disorder (PTSD) is a condition of anxiety that results from high-level of stress such as terrorist attacks, physical or mental torture, or an accident. This disorder often triggers memories and behavioral spurs in reaction to certain stimuli.

In the case of OCD, an individual is clouded by multiple thoughts and fears that cause anxiety. These fears result in the individual repeatedly carrying out a certain behavior to relieve him or her of the stress.

This anxiety disorder is known to be associated with an individual who lives with a constant social fear of being criticized and embarrassed in a social circle. Such a person has fear of speaking in public and interacting with a large group of people.

Different anxiety disorders have different treatment methods followed by medical practitioners. In most cases, medications are prescribed along with some therapies to alleviate the symptoms of GAD. Antidepressants, particularly selective serotonin reuptake inhibitors (SSRIs), are administered to most patients as a treatment and preventive medication for various anxiety disorders.

The most popular drugs to treat immediate symptoms of anxiety disorders are benzodiazepines. These drugs have been criticized due to their strong side effects such as drowsiness, irritability, dizziness, and memory problems. As an alternative to benzodiazepines, another anti-anxiety drug known as BuSpar is recommended. BuSpar has much lesser side effects compared to benzodiazepines and does not make the patient dependent on medication.

What is BuSpar? Buspirone is commonly known by the trade name BuSpar (buspirone), and it is a medication prescribed to treat anxiety. It is primarily used to treat symptoms of generalized anxiety disorder (GAD).

BuSpar is a nonbenzodiazepine drug that has sedation as a primary side effect. BuSpar affects the chemicals in the brain that tend to lose the balance of the sufferers helping them to relax and think clearly. It also helps in controlling symptoms such as sleeplessness, sweating, palpitations, and irritability.

During the first trials upon its finding, BuSpar was proven to have the same effectiveness as benzodiazepines in treating generalized anxiety disorder without sedation. BuSpar is a prescription medicine and belongs to the anti-anxiety group of drugs known as anxiolytics.

Buspirone is not recommended for treating stress associated with everyday life and is prescribed specifically for anxiety disorder and short-term relief of symptoms caused by anxiety.

Buspirone is available in the form of oral tablets of 5, 10, 15, or 30 milligrams (mg). The tablets come with a marked line in the center that allows it to be split easily in half in case required. For every patient, a different dosage is recommended by doctors depending on the severity of the disease. However, a typical dose starts at 7.5 mg every 12 hours. The doctor may recommend increasing this daily dose by 5 mg every few days if required. An average daily dose is 20 to 30 mg a day in divided doses. The maximum daily dosage permitted for this medication is 60 mg. Doctors advise patients to consume buspirone at the same time every day, with or without food, and as per the individual patient requires.

How long does it take for BuSpar to alleviate anxiety symptoms?

The effect of BuSpar in coping with initial anxiety symptoms is generally observed in one to two weeks. However, it takes up to four to six weeks for buspirone to show its complete clinical efficacy. For BuSpar to work with optimum efficacy, it is extremely important that patients have the correct dosage at the same time each day to keep blood levels constant.

What are the common side effects of BuSpar?

Some patients may experience initial side effects as they start taking BuSpar. These side effects are known to settle as the body adjusts to the treatment with time. A doctor may be able to help patients deal with or reduce these symptoms by prescribing medication. The common side effects associated with BuSpar include:

If the patient notices one or more of these symptoms persisting for a longer duration, medical advice must be sought immediately. In rare cases, patients may even develop side effects such as shaking, loss of balance, jerky movements, muscle stiffness, or a condition known as tardive dyskinesia. If one experiences any uncontrolled movements, medical advice must be sought immediately or else these symptoms can become permanent.

BuSpar must be consumed in the prescribed dosage only. An overdose of BuSpar may result in the following:

When should BuSpar be avoided?

There are certain instances when the consumption of BuSpar is not advisable. One must seek medical advice when suffering from one or more of the following conditions:

When BuSpar is taken in combination with a few other classes of antidepressants known as monoamine oxidase (MAO) inhibitors, it is likely to result in increased blood pressure. Also, research says there is a potential drawback of using BuSpar for patients who have been treated with benzodiazepines for GAD, as BuSpar’s effect is delayed compared to that of benzodiazepines and is less helpful in treating symptoms of chronic GAD.

Mind Over Matter. Why a Panic Attack Consumes You

How do you calm down anxiety? 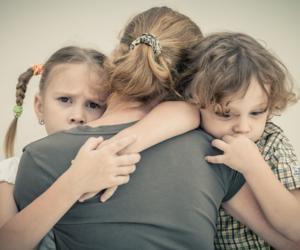 What are natural methods to treat anxiety disorder?

How Rumination Is Linked to Anxiety and Depression

Should I take my son to a psychologist to remove the fear of exams from his mind?