Depression is one of the most common mental illnesses experienced by people, and just like any other illness, this condition is also accompanied by certain myths and misconceptions. These are the most common myths surrounding depression today.

Many people believe that depression is just a feeling of sadness and isn’t an illness. But depression is actually a complex mental problem that affects a person psychologically, socially, and biologically. People suffering from depression have a high level of stress hormones in their body that abrupt their day to day activities. It is not just about feeling blue and, therefore, it should not be ignored.

2. Anti-depressants are the only way to cure depression

This isn’t completely true. While anti-depressants prescribed by a qualified healthcare professional do work by altering brain chemistry and deep-rooted biological problems, psychological treatment is just as important as physical treatment. It’s important to understand the psychological condition of a person by talking to him/her personally in order to relieve stress to some extent.

While certain circumstances and traumatic life events such as death, break-up or loss of career opportunity can lead to depression, but this may not be the reason always. Depression can also be marked by unexplained periods of sadness, hopelessness, lethargy, worthlessness and suicidal tendencies. These episodes can last for one to two years or for prolonged periods too even when things in life appear positive.

4. Depression is a genetic disorder

Although depression can be hereditary in certain cases, but this is not the case always. So even if your parent never suffered from depression, you can still become its victim. In the same way, even if your parent suffered from depression at some point in their life, this doesn’t mean that you are going to suffer from it too. It does increase your risk, but it doesn’t guarantee that you will suffer from it as well.

5. Talking about it only makes it worse

There is another misconception that talking about depression just makes the condition worse. Many people think that it reinforces destructive feelings and arouse more negativity in a person. But in reality, the reverse happens. Talking about the condition to those who are concerned, supportive and reliable can be helpful in several cases. It makes the person feel loved and cared of.

Although it has been found that women suffer from depression twice as much as men, it doesn’t mean that men don’t suffer from depression at all. In fact, middle-aged men have a higher suicide rate than women do. Men often hide their feelings and emotions because they are often told to stay strong. As a result, they speak up about their difficulties less which makes others think that women are more prone to this mental instability.

7. You will never have a productive life if you have depression

Depression is not a lifelong disease. It is treatable and people who are diagnosed with it can lead a wonderful, happy life like any other person. It’s all just about getting the right treatment and a right physician whom you rely upon and feel a connection with.

Depression is a condition that demands love and care. Ignoring the people having depression and neglecting them only makes their struggle more difficult. Therefore, it’s crucial to understand the truths behind depression and help such people lead a normal life again.

How is the recovery from depression?

Is medicine the best way to treat depression?

How likely is it to develop tolerance to my antidepressant...

Are there any natural remedies or medications that... 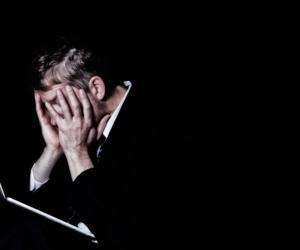 Does acupuncture help with depression?

Can cancer cause depression symptoms?