Councelor/Therapist Questions Depression
I was diagnosed with clinical depression several months ago, and I feel like the antidepressants I'm on aren't really helping. I would like to try therapy, and only therapy, to treat it. I know psychoanalysis is a form of therapy that I want to try. How well does it work with depression?

Dr. Laura Jean Seed Psychiatrist San Diego, California
I think psychoanalysis is from the "Dark ages"... If you don't want to take meds that is fine, but go to a professional- someone licensed, a Ph.D psychologist, a licensed clinical social worker, a licensed marriage and family therapist. Often antidepressants stop working after awhile. We don't know why. But sometime switching to another drug may help. It also may not help; this is why medicine is an "Art" not a science. We try are best to be scientific, but the truth is the brain and nervous systems is very complicated and we have much to learn still. Best wishes 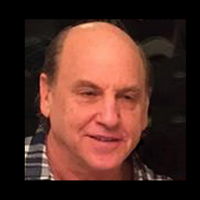 Dr. Jeffrey L. Rausch Psychiatrist Duluth, GA
Psychoanalysis is a therapeutic discipline established in the early 1890s by Dr. Sigmund Freud. Psychoanalysis sessions, typically last 50 minutes and ideally take place 4–5 times a week. The patient may lie on a couch, with the analyst often sitting just behind and out of sight. The patient expresses freely associated thoughts, fantasies and dreams to reveal ostensible "unconscious" conflicts believed perhaps to be causing the patient's symptoms and character dysfunction. Through the analysis, the patient hopefully gains insight of into how early presumptions and attributions (often from trauma) may be unconsciously projected onto others, as primarily manifest in the therapy by such projection onto the therapist ("transference"), the therapist being trained to remain as neutral as possible ("blank screen"). The analyst so confronts the patient's pathological defenses to help the patient gain insight into pathological defenses.

Psychoanalysis is a controversial discipline and its validity as a science is contested. Nonetheless, it remains a strong influence within psychiatry, due to the compelling nature of its heuristic value. A less intensive, and perhaps more problem-focused psychotherapy, "psychodynamic psychotherapy" often employs many of the same theories, and, is not known to be any less effective.

Better evidence exists, especially for depression, for the use of cognitive behavioral therapy:

CBT is a form of psychotherapy that has been shown to be as effective as antidepressant drug treatment for depression. For select cases, clearly, many feel that the insight gained helps to identify thoughts and behaviors leading to depression.
David B. Brockway Councelor/Therapist Seminole, FL
Psychotherapy works well at times but medication works well also. If you don’t want to take any medication, then therapy is great. Find the right therapist for you
Griselda M. Lloyd Counseling Las Vegas, NV
This question is hard to answer. First, talk to your doctor before you discontinue any medication and tell them about your concerns and that you are considering therapy as your only form of treatment. They will be able to help you best as they have been working with you. Second, what do you consider to be psychoanalysis. For example, people call psychotherapy, counseling with any type of therapist, some just consider psychotherapy to be counseling with a psychologist.

Yes, there is a lot of research/evidence that states therapy is successful in treating depression. However, the success of treatment is dependent on several things such as personal expectations, commitment level, and one of the most important is the therapeutic relationship you develop with your therapist. That being said, you would have to find what works best for you.
Kelly Horwood Counselor | Mental Health Columbia, SC
There are many different treatments for depression, and many different theraputic approaches to treatment. Psychoanalysis is merely one theraputic approach. It is not as common today as it was during the early years of counseling/therapy. There are many more theories and approaches that have better evidence of being helpful in treating depression, such as Cognitive Behavioral Therapy. But the most important aspect of treatment is your willingness to improve/change, and also the strength of your relationship with your therapist. Find a good therapist and you'll start seeing improvements, no matter what theraputic interventions they use.
Dawn Gaden Counseling Brighton, MI
Hi there. I practice CBT, which is about understanding our thoughts, how they impact or create our feelings (feed our feelings) which affect how we act. Therapy is very helpful if you have an active therapist ready to teach you new ways of thinking, and of course determine the thought patterns that feed the depression. Active therapy, work that is done to create the life you want which includes less depression, more happiness, is very helpful.

Dr. Donald Allen Moses Psychiatrist Greenvale, NY
These days it is more like psychoanalytic psychotherapy, and yes, with the right psychiatrist or psychologist it can not only help, but often can even cure depression. BUT be prepared for a long haul.
Dr. David J. Koehn Psychologist Fort Myers, Florida
I believe you will find this link helpful in answering this question:

Claudia Skowron Counseling Elgin, IL
Psychoanalysis may help you understand your depression better. Getting an evaluation by a professional can help you find the right form of treatment. 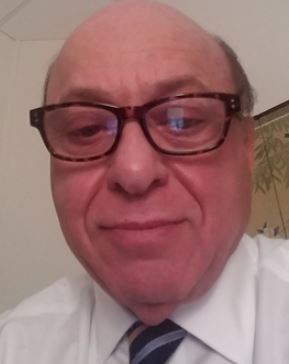 Dr. Gary Glass Psychiatrist Egg Harbor Township, NJ
Psychoanalysis can certainly help depression, but it takes a very long time and would not be the first or best approach. Supportive psychotherapy, or cognitive behavioral therapy combined with medication would be the first course of action. An analogy: an obese individual presents with hypertension. One good approach with a high likelihood of success would be diet and exercise. Expect a positive result, right, but the hypertension can cause multiple other problems in the meantime, so the appropriate approach is medication now, lifestyle changes later. So it is with depression: medication now, and if the person is introspective and has the resources (time & money) to pursue psychoanalysis, that could be helpful, but certainly not as a first-line treatment.

My father is undergoing severe depression after my...

Do antidepressants cause memory loss?