The causing factor of chickenpox and the ways of transmission

The causing agent is a virus called varicella-zoster, which is an airborne and really contagious germ. It can be spread while coughing and sneezing, with little droplets of the mucus thrown from the nose and throat. Another way of catching the bug is touching toys, using cutlery and dishes and towels of the ill ones, on the surface of which there might be some biomaterial containing the virus. Dear parents, be aware that the little blisters and vesicles, reminding the one after a scald, which is the distinguishing feature of the disease, contain some clear fluid where the virus dwells as well, while scratching off the vesicles (ruining them)  your baby release the bug, that can get on the surface of your baby`s belongings, If you have not been vaccinated, you are probably in the danger of contracting the disease as well while caring for your kid as well as the other kids in the day care.

First of all, the first question is when your baby is going to fall ill with chickenpox after the direct contact with a contagious kid? The most probable time to develop the symptoms is commonly the 15th day after the exposure to an ill person. The time before the very first blister appears on the skin and the body temperature rises can range from 10 to 20 days, though. In this period of time, the bug invades the body of the kid and spreads there without causing any unpleasant feelings and external signs, like a rash. That is called an incubation period. 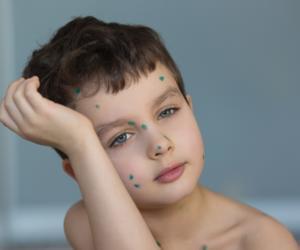 It might be curious to you whether your kid is contagious while the incubation (prodromal) period?

The kid is contagious at the end of the incubation period. That means if a kid was in a close contact with an affected person at the end of the prodromal period (incubation), he or she might fall ill as well, in the absence of the previous vaccination.

The most dangerous time to catch the virus is the end of the incubation period and the stage when there are no new rash elements anymore and all vesicles become dry and turn into scabs.

The symptoms of chickenpox

Unless the vesicles become infected or scratched, the vast majority of them will disappear (heal) within 10 to 14 days, usually with no scarring.

When can I take my kid back to day care or school after chickenpox?

For those ones who were in a close contact with the infected ones: the quarantine begins from the 10th day of the contact and lasts 21 days, as your child can have a latent (without obvious symptoms) course of chickenpox, however, he or she is still contagious (can spread the virus).

For those ones who are actually undergoing chickenpox: the quarantine begins from the first day of the first elements of rash (vesicles and blisters) and lasts 21 days. 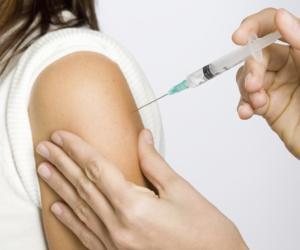 Vaccine Lowers the Risk of Death Associated With Chicken... 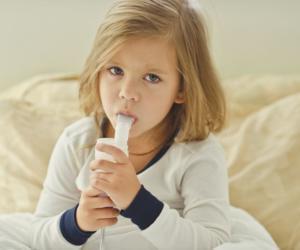