Menopause is an important change in a woman's body

Menopause is a normal process resulting from aging, in women. Menopause usually occurs between the ages of 45-years-old and 55-years-old. This is characterized by the cessation of menstruation along with a number of changes in the body, and marks the end of the reproductive period in women.

Menopause is caused by the changes in the ovulation, menstruation, and the levels of female hormones. In women, the ovaries store a finite number of eggs and the ovaries release these eggs periodically. The ovaries also produce estrogen and progesterone, two hormones that regulate ovulation and menstruation. Under normal conditions, as age advances (between the ages of 40-years-old and 45-years-old) the ovaries stop the release of eggs every month, and menstruation is stopped. Surgical menopause occurs when a surgery or medical treatment causes the body to drop in levels of estrogen. Hormone therapy for breast cancer and chemotherapy may also result in premature menopause. 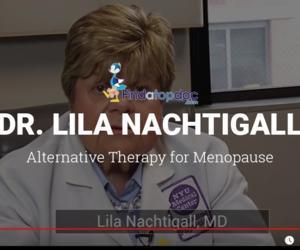 Have a question aboutMenopause?Ask a doctor now

Menopause normally occurs after the age of 40-years-old. In some cases, menopause may happen before a woman reaches 40-years-old, due to several reasons, including surgery or damage to the ovaries.

Some of the other common symptoms of this condition include:

As the amount of estrogen decreases in women at this stage in life, they will face a number of health problems, and several of these issues may be long-term. As a woman grows older, she is likely to suffer from several conditions, including:

Treatments for menopause depend on the severity of symptoms, overall health of the patient, and her preference. Hormone therapy and lifestyle changes are the most common methods used to alleviate the symptoms.

Hormone therapy refers to a treatment with the hormones estrogen, and sometimes, progesterone. Hormone therapy is advised after a complete medical history background check. One can take up this therapy after discussing the benefits and risks of the treatment method with a health care professional. Hormone therapy is found to be very effective in reducing symptoms like hot flashes, night sweats, mood swings, and vaginal dryness. However, some studies have shown that this therapy is associated with an increased risk for developing breast cancer, a heart attack, strokes, and blood clots. Do have a detailed discussion with the doctor before opting for this therapy.

A number of medications are now available as an alternative to hormone therapy to alleviate the symptoms. These medications which include, antidepressants, blood pressure drug clonidine and seizure drug gabapentin help to reduce symptoms like mood swings and hot flashes.

Some of the major lifestyle changes that may be of help in treating the condition include:

When do I Need to See my Doctor About Menopause?

What are ways to deal with menopause?

More from FindATopDoc on Menopause 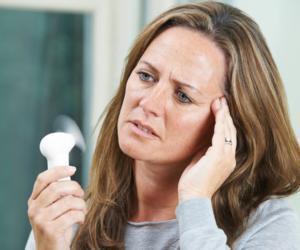 Perimenopause and Menopause in Simple Words 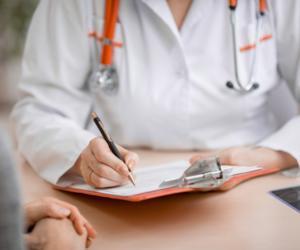 Is premature aging related to menopause?