A small, balloon-shaped bulge on the wall of the blood vessels that supply blood to the brain is referred to as a brain aneurysm. These are weak spots in the walls of the blood vessels that get filled with blood. In most cases, aneurysms appear in the blood vessels at the base of the brain. These small sacs may remain without any symptoms for a long period and may not even be noticeable. In rare cases, aneurysms may leak or rupture. When rupture or leaking occurs, blood releases into the space between the brain and its covering. This condition is referred to as subarachnoid hemorrhage. This is a life-threatening situation that requires immediate medical attention. The major causes of this condition are heredity, thickening of artery walls, and aging.

The network of the blood vessels which is located at the base of the brain is the most common location where brain aneurysms occur. This network of blood vessels is known as the circle of willis.

Factors that Increase the Risk of Aneurysm

There are several other factors that are found to increase the risk of developing aneurysms. These factors include:

In most cases, aneurysms are discovered during tests conducted for other medical conditions. Aneurysms may apply pressure on the surrounding areas causing headaches, slurred speech, neck pain, and blurred vision depending on the area of the brain affected.

If an individual is experiencing the symptoms listed below, it could indicate that they have a ruptured aneurysm. It is of extreme importance that this individual seeks medical assistance right away if the following symptoms are displayed:

As previously mentioned, an individual suffering from a brain aneurysm will not show any symptoms of the condition or the symptoms will go unnoticed. Aneurysms are usually discovered when tests are performed for other conditions. If a ruptured aneurysm is present, it can be identified by pressing on areas in the brain. In such cases, people will complain of severe headaches, sudden changes in speech, vision issues, and pain in the neck. The symptoms that occur are usually based on which part of the brain that is affected and how severe the condition is. When an individual is suffering from a brain aneurysm, it will come on suddenly.

If a doctor believes that a brain aneurysm is present, they may suggest that the following tests be conducted:

The treatment for a brain aneurysm is based on the health condition of the patient, age, and size of aneurysm. If the bulging is large and applies pressure in the surrounding areas, causing other symptoms, surgery may be suggested. In one of the surgical procedures, a small metal clip is placed at the base of the aneurysm to isolate it and to prevent it from rupturing. In a less invasive procedure, small metal coils are placed in the aneurysm to relieve the pressure and stop it from breaking. However, if there are no symptoms and your doctor believes that your aneurysm is not at risk of rupture, they may simply monitor the condition rather than recommend a specific treatment.

In some instances, the aneurysm may bulge in such a way that it would need to be cut off. Once this extraction is complete, those ends of the blood vessels would be stitched together. However, this is a rare occurrence. Sometimes, the artery is not long enough for both end to be stitched together. In such cases, a piece of the other artery is taken for stitching the ends.

If the aneurysm were to begin bleeding, it is a serious matter and often leads to a lifetime disability or death. In such instances, the main aim of the healthcare provider and staff would be to relieve pressure off the brain, maintain regular breathing, stabilize other vital functions, and avoid bleeding instances.

There are several risk factors which are known to contribute to the weakening of the artery wall; thus, leading to an increased risk of developing a brain aneurysm. This condition is more often found in adults than children. It is also more commonly found in women than in men. Below are some of the factors that increase the risk of brain aneurysm development:

Below are the risk factors which can develop at birth:

A brain aneurysm can create severe complications if it is not detected in time. When there is a rupture in the aneurysm, the bleeding caused due to this rupture would only last for few seconds; however, it would cause direct damage to the surrounding cells and would potentially even destroy those cells. Apart from this damage, the blood enters the skull and can put pressure inside the cranium. If the pressure becomes too elevated, it can lead to disruption in the supply of blood and oxygen to the brain. This can result in loss of consciousness or, in severe cases, lead to the affected individual dying instantly.

Below are a few complications which could develop due to a ruptured aneurysm:

Can you treat a brain aneurysm without surgery?

Is a brain aneurysm curable?

More from FindATopDoc on Brain Aneurysm

Is a brain aneurysm serious?

How long does it take to recover from an aneurysm? 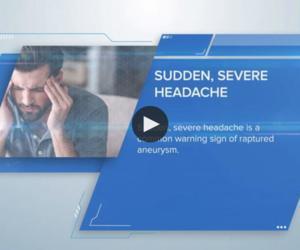 Can you treat a brain aneurysm without surgery?

How long does it take to recover from an aneurysm?