Understanding the difference between depression and anxiety is not an easy task, as mental health conditions are far more complicated. The most common mental illnesses are depression, anxiety, and substance use disorder. It is common for these three types of mental illnesses to occur in combination. Although experts have created specific diagnostic measures to differentiate mental conditions, there is a great deal of overlap between the symptoms manifested for depression and anxiety disorders. A person can easily have both anxiety and depression, while some people may develop depression brought about by an anxiety disorder and vice versa. The best way to learn the difference between anxiety and depression is to define them individually, as well as looking into the primary symptoms for each.

Is acupuncture good for mental health?

There is no single cause for mental illness, but several risk factors interact to produce the clinical symptoms of various mental illnesses. Individuals with depression and anxiety often find a family history of these disorders. Many different genes may act together and in combination with other factors to cause a mood disorder. Research is getting closer to identifying the specific genes that contribute to depression.

Anxiety is normally the body’s safeguard response to put a person from harm’s way and prepare to properly react to certain non-desirable situations, as it warns the person when to take action. Anxiety is not caused by a single factor but a combination of things. The factors that play a role in anxiety include individual personalities, difficult life experiences, and physical health. Some people who experience anxiety conditions may have a genetic predisposition towards anxiety as these conditions can sometimes run in the family. However, having a parent or close relative who experiences anxiety or other mental health problems doesn't mean that you'll automatically develop the same condition.

Research suggests that people with certain personality traits are more likely to have anxiety. Children who are perfectionists, easily flustered, timid and inhibited, those who lack self-esteem or want to control everything sometimes develop anxiety during childhood, adolescence, or adulthood.

Having a chronic physical illness can also contribute to anxiety conditions. It may also affect the treatment of either the anxiety or the physical illness itself. However, when the anxiety experienced becomes excessive, persistent, seemingly uncontrollable, and overwhelming, it has now evolved into an anxiety disorder. The symptoms experienced in an anxiety disorder can interfere with daily activities due to an irrational dread of an everyday situation, which can become debilitating later on.

Anxiety disorders are characterized by a sense of vulnerability and a consistent doubt about future events. Apprehension over what's about to happen and what could happen in the future and the fear that those future plans or prospects will transpire negatively is caused by anxiety. There are varying symptoms associated with anxiety disorders, which involve anxious or worried thoughts, belief that something could go wrong, unexplained physical sensations, avoidant or self-protective behavior, or a feeling of wanting to run away to avoid things that could cause further anxiety.

There are varying symptoms associated with anxiety disorders, and they include:

Everyone is different and it is often a combination of factors that can contribute to developing an anxiety condition. It's important to remember that you can't always identify the cause of anxiety or change difficult circumstances. The most important thing is to recognize the signs and symptoms and seek advice and support.

Depression is one of the most common mental disorders and the most treatable one. Depression is a condition in which a person feels sad, hopeless, unmotivated, discouraged, and generally disinterested in life for more than two weeks. These feelings can ultimately interfere with an individual's daily routine, which makes this disorder debilitating. Almost every aspect of one's life can be affected, including emotions, physical health, relationships, and work. People with depression are not always preoccupied with worrying about what might happen to them in the future, as they think that they already know the outcome, and they most likely believe that it will be negative. Energy levels of depressed individuals are normally very low, and most of the time individuals with depression feel overwhelmed with the daily tasks and activities, as well as with personal relationships.

People with depression are not always preoccupied with worrying about what might happen to them in the future, as they think that they already know the outcome, and they most likely believe that it will be negative. Energy levels of depressed individuals are normally very low, and most of the time, individuals with depression feel overwhelmed with the daily tasks and activities, as well as with personal relationships. 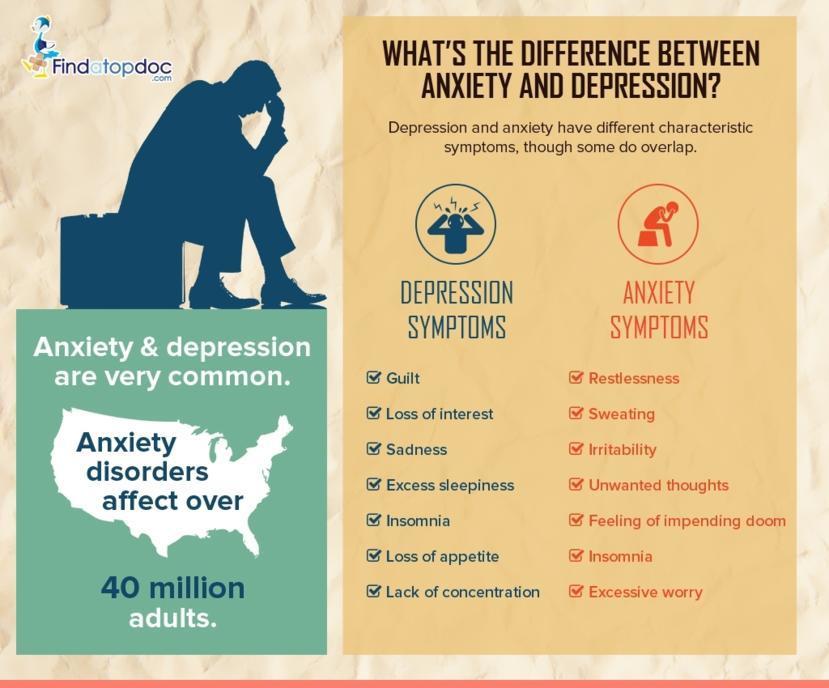 Although the different types of depression may have similar symptoms, treatment might be different for each type.

Depression may occur following an anxiety attack since individuals who have anxiety attacks feel drained and defeated. Those with anxiety most often worry that something bad might occur, while those with depression have a level of certainty in which they automatically assume that there will be a negative outcome and believe that there is nothing that he or she can do to prevent it.

It is quite important for individuals who suffer from anxiety or depression seek medical attention immediately, as both conditions can be debilitating. Cognitive behavioral therapy is a form of psychological treatment for depression that has proven to be not just beneficial, but also readily applicable in the medical practice. It involves educating the patients, teaching them basic relaxation skills, and helping the patients to develop skills to identify, challenge, and change maladaptive thoughts, feelings, perceptions, and behavior.

Do antidepressants do more harm than good?

How can I overcome manic depression?

What is the reason behind my daughter's many fears? 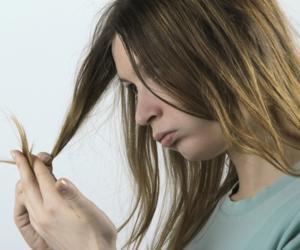 What Are the Symptoms of Depression in Women?

My son won't speak to me after his father died. What should I do?