Tinnitus refers to the ringing sensation in the ears. For some it is felt like a buzzing or whistling sound that troubles them at night. Tinnitus is actually very common and affects about one in five people. The disturbance may be continuous or periodic in nature. The noise varies in intensity and duration depending on the individual. For some, it may be feeble, while in some others, the noise may be very high and disturbing. It may be felt in one ear or in both ears. Tinnitus is not a disease in itself, but is a symptom of an underlying condition. In most cases, the sound is felt more in the night as the background noise is less.

Tinnitus is caused by a number of conditions. One of the most common causes of ringing in the ears is extensive exposure to loud sounds.  Thus, it is very commonly seen among carpenters, street repair workers, and other people who often work around loud noises, music, and other sounds. In some cases, a sudden exposure to loud sound may also result in tinnitus.

How do you confirm having tinnitus?

Have a question aboutTinnitus?Ask a doctor now 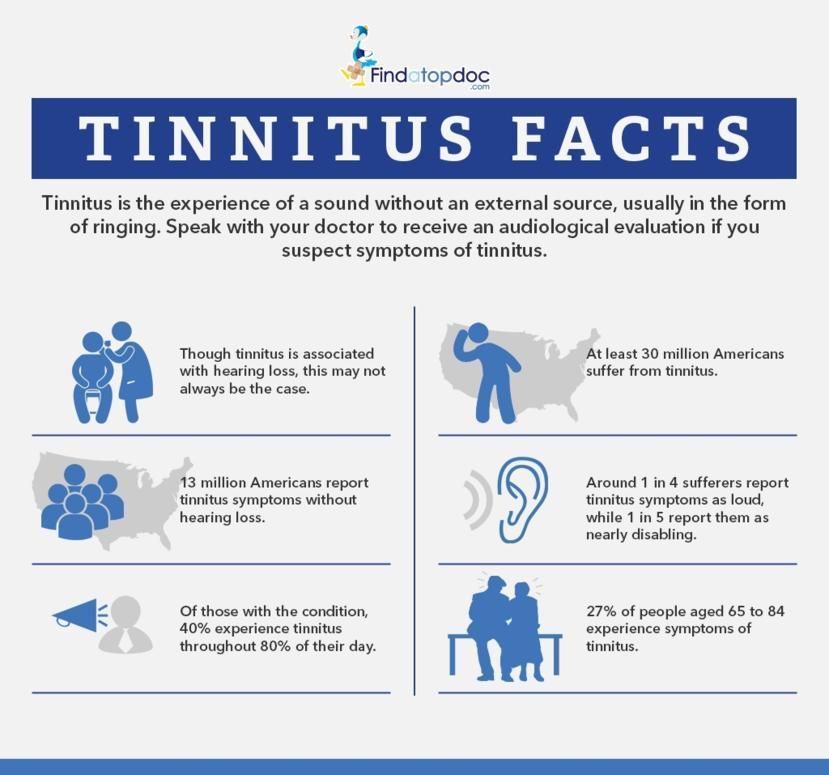 Common causes of tinnitus include:

Drinking alcohol and other caffeine containing drinks, smoking and eating certain kinds of foods may trigger tinnitus. One should remember to meet the doctor if the person develops tinnitus immediately after an infection of the upper respiratory system. This is particularly important if the condition does not improve even after a week of treatment. You should report to the doctor if the ringing starts without any obvious reasons or if you have hearing loss or dizziness along with the condition.

Although not a serious condition, tinnitus can affect the quality of life of a person. It can result in fatigue, stress, difficulty in concentration, memory problems, and anxiety in some. The best way to relieve the symptoms is to control the underlying condition that results in tinnitus.

More from FindATopDoc on Tinnitus

Does acupuncture help with tinnitus?

Does Tinnitus cause blood pressure to rise?

What is the most effective treatment for tinnitus?

Does acupuncture help with tinnitus?