What is a Hemorrhage?

Our body frequently undergoes several changes. While some changes could be medical illnesses themselves, some changes could be a sign of a medical illness, rather than the illness itself. Our body is like a machine comprising of various components, and sometimes these components are placed so intricately that a problem with them could be hard to diagnose. A similar condition could come up with a medical condition associated with the brain. 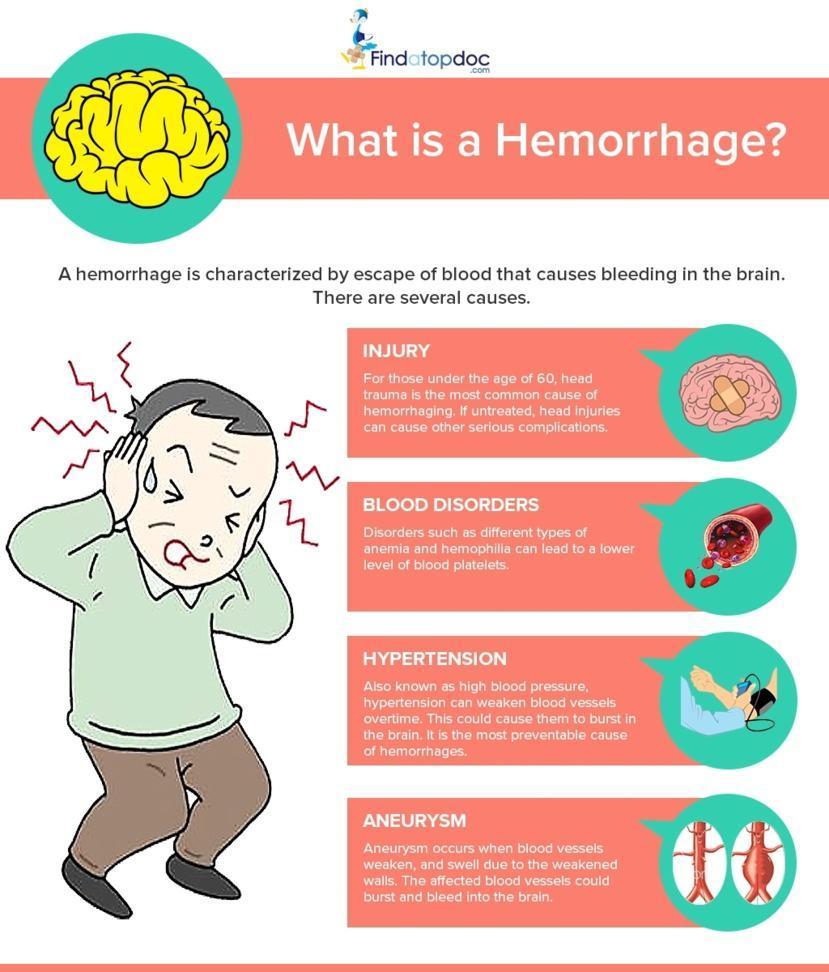 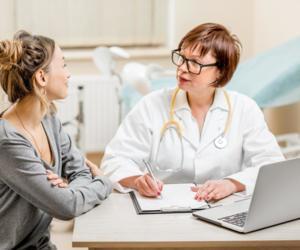 What to Expect at Your First Visit to a Gynecologist

A hemorrhage is typically a condition that could cause one to bleed severely. The word hemorrhage comes from blood bursting. A hemorrhage could result due to an external injury or an internal problem, like an injury to the blood vessels running through the body.

What Happens in a Brain Hemorrhage?

What Causes Bleeding in the Brain?

There are a number of risk factors that are known to cause brain hemorrhages, including:

Brain hemorrhages or intracerebral hemorrhages could happen to anyone; however, the risks of this condition increase with age.

What Are the Signs and Symptoms of Brain Hemorrhages?

Some of the common brain hemorrhage symptoms include:

Brain hemorrhage is a serious condition which should not be ignored. Delayed treatment of this condition could even result in death or permanent disability. If you or someone around you is having symptoms of a brain hemorrhage, then you should call the emergency room immediately.

If you or your loved one is facing the brain hemorrhage symptoms, then the treating doctor is likely to recommend some neurological tests that are necessary to confirm the diagnosis. Certain imaging tests, like a CT scan or an MRI, will help in understanding if the condition is associated with an ischemic stroke or hemorrhagic stroke.

MRI scans help the doctors see the brain clearly and understand the cause of the bleeding.

How Complicated is a Brain Hemorrhage?

There are a number of complications associated with a brain hemorrhage. The severity of the complication, however, would depend upon the location of the hemorrhage. Sometimes major complications could occur when the brain is devoid of oxygen for a long period of time, including:

How to Treat Brain Hemorrhages?

Upon discussion with the doctor, you will get clarity on which part of the brain is affected by the brain hemorrhage symptoms.

The neurologist may conduct a series of tests, including imaging tests like a CT or MRI scan, which reveal the location and details of the internal bleeding and where the blood clot may be located. Other examinations like a neurological or an eye examination may reveal inflammation of the optic nerve.

There are some patients who can completely recover from this condition; however, there are also risks and complications involved. There are also some parents who may find it difficult to deal with this medical condition. The possible complications of this disease include stroke, impact on the brain functioning, or other side effects from various medicines and treatments. This condition can also become fatal in some instances, and hence it must be treated as a medical emergency.

How is atrial fibrillation usually diagnosed?

More from FindATopDoc on Brain Hemorrhage

What are the after effects of hospice anesthesia?

My father has a brain hemorrhage. What treatment would...

Slow headache that comes and disappears at sometime...

My father has a brain hemorrhage. What treatment would you suggest?

Slow headache that comes and disappears at sometime...