In case you have problems with your gallbladder and there is a need for it to be removed, you will experience unusual and uncomfortable symptoms while trying to adapt to a new life without a gallbladder. Obviously, when your gallbladder is removed, bile can't be stored like before since it is meant to be stored in the gallbladder. After a cholecystectomy, bile is directly released into the intestines to be mixed with food and fat instead of being stored in between meals. Since bile is constantly being delivered into the intestines instead of being stored, you are likely to develop digestion problems.

Below are some of the things you should expect after a cholecystectomy:

Of course, there is little pain associated with cholecystectomy since anesthesia is used during the operation. However, you are likely to experience abdominal sores at the incision sites. Some patients may also experience shoulder pain for the first 2 to 3 days. The shoulder pain may be as a result of gas that is left in your abdomen at the time of operation. The gas will disappear with time and the pain will resolve on its own.

After the surgery and before you are discharged, your doctor will prescribe you some pain medications to take if necessary. For the first few days, every cholecystectomy patient may want to take pain relievers to feel more comfortable. As your body becomes more active, your medications should also decrease. Some of these medications include ibuprofen and acetaminophen. Just like any other type of surgery, you should expect pain after a cholecystectomy. Recovery depends on the individual's overall health and the body’s response to the given medications.

2. Changes in the Bowel Movement

Your normal bowel movement habits are likely to be affected after a cholecystectomy. Bloating or gas in the stomach is most commonly experienced. The administration of an anesthesia, narcotic pain medications, and decreased body activity are the factors that affect your bowel movement after surgery. To get rid of bowel complications, you should drink plenty of fluids and eat foods that have a high fiber content. If possible, you can also take mild laxatives. Changes in your bowel habits can be easily treated with medication.

As with any other type of surgical operation, there is a possibility of developing certain complications after a cholecystectomy. One of the major complications is the leaking of the bile or bile duct injuries. Although complications can be very serious, they also rarely occur. Your doctor should discuss these complications with you to properly manage your condition.

Some other complications that you should expect shortly after a cholecystectomy include:

PCS is characterized by symptoms that are almost similar to those of gallstones. After a gallbladder removal, you should expect symptoms such as:

Such symptoms are generally called as a postcholecystectomy syndrome and are thought to be caused by bile leakage in the stomach. Gallstones left in the bile ducts can also cause the symptoms. In some cases, these symptoms can only be short-lived or mild and rarely persist for months. You should seek medical attention in case your postcholecystectomy symptoms still persist.

During the first few weeks after a cholecystectomy, your doctor will recommend a diet that is low in fat before going back to your usual diet. After a gallbladder removal, many people do not experience digestive problems or symptoms.

After a cholecystectomy, you should expect to have four small wounds in your abdomen. One at the bottom of your belly and three under your right ribs. Since the wounds are closed with dissolvable stitches, great care should be observed. The following are some of the measures that you should follow in taking care of your wound:

7. No Exercise or Physical Activity

After a cholecystectomy, you shouldn't do any type of exercises within the first few days. You should also avoid lifting objects that weigh 10 pounds for the first two weeks after the operation. After two weeks, you can begin lifting heavier loads. You should avoid lifting anything if your abdomen hurts. Moderate exercise is also important since it helps promote a good blood circulation. You can also resume on your sexual relations if you feel comfortable and ready to do so.

You should call your surgeon in case you experience the following:

Many patients will feel better with time after a cholecystectomy. The gallbladder can be an important organ in the digestive system, but not essential, which means that you can still live without it. After a gallbladder removal, you are likely to experience some changes in your body, which diminishes with time.

Recovery from a Gallbladder Surgery 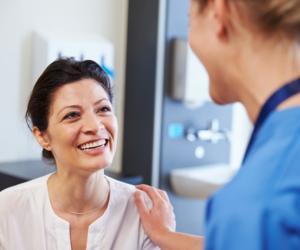 How to Prepare for a Cholecystectomy 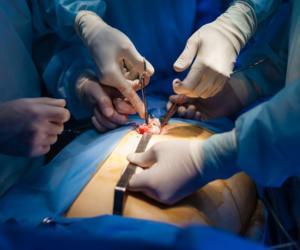 Everything You Need to Know About a Cholecystectomy 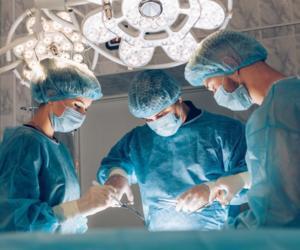 What is an Open Cholecystectomy?

What are the Risks to a Cholecystectomy?

Reasons Why You Need a Gallbladder Surgery