Chikungunya is a viral infection that is transmitted by mosquitoes. The chikungunya virus causes a sudden onset of fever along with severe joint pain. The illness is not considered as contagious, but in rare instances, the virus can get transmitted through contact with a person's infected blood.

The word “chikungunya” comes from the Kimakonde language, which means “to walk bent”. Two major symptoms of the disease are painful joints and fever. Other symptoms include skin rashes, muscle pain, headache, and swelling of the joints. Currently, there is no available vaccine for chikungunya. The disease can be diagnosed with the help of a blood test. 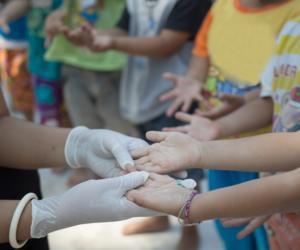 What Is Molluscum Contagiosum? Treatment and Home Remedies

Have a question aboutChikungunya?Ask a doctor now

The term "chikungunya" originates from the Kimakonde language, which is mostly spoken in the Makonde plateau in Tanzania. It means "to become contorted", which is said to describe the stooping appearance of a patient having joint pain. Chikungunya is an RNA virus and is a member of the Togaviridae family.

The first viral outbreak happened in Tanzania in the year 1952. Immediately, there were immense articles and scientific papers published all around the world about the newly formed condition. The interest disappeared until another outbreak occurred in the Indian Ocean islands in 2005.

Historically, chikungunya was considered as a tropical disease since it was only documented in India, Africa, and Asia. However, after 2007, chikungunya outbreaks happened in Italy, Croatia, France, and the Caribbean. There are more than 60 countries, which have been later identified with chikungunya cases.

Chikungunya is known to occur in Asia, Africa, and the Indian subcontinent region. In the year 1999 and 2000, there was an occurrence of a major outbreak in the Democratic Republic of Congo, and in 2007, a large outbreak happened in Gabon, West-Central Africa.

Early in February 2005, there was a major outbreak of chikungunya in the islands of the Indian Ocean. Moreover, a large number of chikungunya cases were reported in Europe, which was said to be associated with the outbreak. It happened in the year 2006 when the epidemic in the Indian Ocean was at its peak. Several other countries were also affected. During the year 2005, Maldives, India, Myanmar, Indonesia, and Thailand had reported over 2 million chikungunya cases. In 2017, Pakistan is still responding to the outbreak, which started in 2016.

Once an individual is infected with the chikungunya virus, there will be a sudden onset of fever, which would last for a few days. Joint pain usually lasts longer for weeks and would even take months to recover. The chikungunya symptoms are quite similar to those of dengue fever. The most common symptoms of chikungunya are:

Few of these symptoms can also be accompanied by a maculopapular rash, which is similar to heat rash or measles. Less common symptoms of the illness would be vomiting, conjunctivitis, and nausea.

The virus can cause acute, chronic, and subacute cases. Most of the time, the patient tends to fully recover from the illness, but joint pain may persist in some cases. Occasionally, there are also reported cases of heart complications, eye problems, and neurological issues.

There can also be gastrointestinal problems. Usually, serious complications are uncommon, but it can also lead to death if the disease remains undiagnosed, especially in older people.

The virus can be transmitted to humans through the bite of infected female Aedes aegypti and Aedes albopictus mosquitoes. These are the two common species known for transmitting other mosquito-borne illnesses such as dengue. These mosquitoes usually bite throughout the day, although they peak during the early morning or late afternoon.

Since the symptoms of the viral illness can be confused with other diseases, a proper blood test is needed to have an accurate chikungunya diagnosis. It is also quite important to rule out dengue fever as quickly as possible due to its higher rate of mortality, which is up to 50 percent if not treated in a timely manner. In the case of chikungunya, it is only 0.1 percent. Seek immediate medical attention if you have symptoms of chikungunya and have recently visited any endemic areas.

Several tests can be used for the identification of the chikungunya virus. The serological test called the enzyme-linked immunosorbent assay or ELISA can help confirm the presence of IgM and IgG chikungunya antibodies. The level of IgM antibodies is said to be the highest at 3-5 weeks after the onset of the disease. It can also stay that way for as long as two months. The samples collected during the first week and after the start of the symptoms should be virologically and serologically tested.

The virus that enters the body can be isolated from the blood during the initial few days of the infection. There are available reverse transcriptase–polymerase chain reaction (RT–PCR) methods but with variable sensitivity.

Chikungunya treatment is mainly directed at relieving the symptoms, which include giving fluids, antipyretics, and analgesics for fever and joint pain since antiviral drugs are unavailable for chikungunya.

Aside from hydration, few over-the-counter medications such as ibuprofen, naproxen, and acetaminophen would be recommended by the doctor for fever and pain relief. However, for longlasting pain or body aches, it is best to turn to physiotherapy.

There is currently no commercial vaccine for the prevention of chikungunya fever. The medications prescribed by the doctor would focus on providing relief from the symptoms instead of the main cause itself. There are currently clinical trials being carried out for a chikungunya vaccine.

The vaccine is said to contain virus-like particles instead of weakened or inactivated viruses. A VLP-based vaccine can help in stimulating immune responses similar to those generated by naturally acquired immunity after a viral infection. However, VLPs are not infectious and they cannot replicate since they lack a viral genome.

Chikungunya complications would include:

Even though chikungunya is rarely life-threatening, the symptoms can cause a lot of discomfort and are often long-lived. Hence, the key to prevention is to keep mosquitoes at bay.

Do antibiotics work even for a viral infection?

More from FindATopDoc on Chikungunya 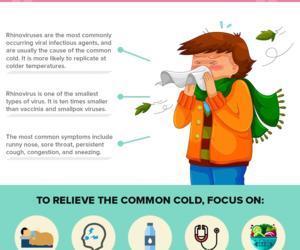 Could a painful mosquito bite be something more?

Could my mosquito bites lead to the Zika virus?

How can I prevent mosquito borne infections for my 3 month old baby?

My child is feverish after being in Florida?