Fibromyalgia is a condition characterized by general discomfort, hypersensitivity to pain, brain fogginess, and mood swings. Many people living with fibromyalgia may need opioid painkillers to overcome the pain caused by fibromyalgia. However, the adverse effects related to opioid therapy are always a reason for worry, especially in times when more and more deaths in the US are being reported due to prescription drugs. This is why doctors are always on the lookout for methods of either substituting opioids or finding ways to keep their dosage to a minimum.

So, what about coffee that contains various alkaloids, including caffeine? These alkaloids in coffee have a very complex pharmacology, having a wide range of physiological effects with many that are still not understood. A cup of coffee has long been known to elevate mood, reduce stress, increases cardiovascular tone, and help to overcome pain in certain conditions. Caffeine has also been known to better the pain-reducing effect of non-steroid anti-inflammatory drugs. But what about the interaction of caffeine with opioids?

Well, the latest research into the subject seems to support this concept. It seems coffee consumption by those living with fibromyalgia may help them feel better, lower the pain symptoms, and may have an additive effect on opioids.

The idea of using caffeine for its painkiller properties or improving the effectiveness of other painkillers is not new. In many countries, painkillers like aspirin or acetaminophen are sold in combination with caffeine for various painful conditions, including headaches. However, it is not clear if such a combination would help with a chronic pain disorder like fibromyalgia. Considering that the pain in fibromyalgia is due to central sensitization and that caffeine is also centrally active, it makes sense to study its utility in the condition.

Recently a study named “Caffeine as an opioid analgesic adjuvant in fibromyalgia” was published in the Journal of Pain Research. In the study, investigators compared the effectiveness of opioids in a group of patients that consumed coffee on a regular basis and those that did not.

It was a study that had a follow-up period of four years and was carried out by the University of Michigan Health Systems (department of anesthesiology) between 2010-2014. It was a survey in which patients regularly reported their symptoms, coffee consumption (low, moderate, or high), and intake of opioid drugs.

The study divided the patients into three groups according to the amount of coffee consumption: those who drank less than a cup a day were classified as low consumers, moderate consumption was regarded between 1.5-2.5 cups a day, while those who consumed from 3-12 cups a day were ranked as high drinking.

962 patients diagnosed with fibromyalgia were enrolled in the study, and among them, 59% were reported to be taking opioid painkillers. Both on opioids and non-opioid therapy consumed, on the average, an equal amount of coffee and the mean age of the participants in the trial was 47 years.

The study demonstrated that all coffee dose groups (low, moderate, or high) benefited from the consumption, and reported lower pain and catastrophizing better physical activity when coffee was consumed along with an intake of opioid medications.,

Thus, the study concluded that drinking coffee in fibromyalgia, in addition to opioid therapy, would help to improve physical functionality, mood, and reduce the pain. It was a study that was first of its kind, because it demonstrated the usefulness of coffee as an adjuvant to the opioid therapy.

When initiating the clinical trial, researchers at the Michigan University hypothesized that coffee would help to reduce the pain in fibromyalgia in all participants in a dose-related manner. However, contrary to their hypothesis, coffee did not help those not taking opioids, but it had significant benefit in those taking opioids for their painful condition.

The benefit of coffee in pain reduction for those taking opioids was in line with the expectation, since some earlier trials in animals and humans have already demonstrated such synergy. Some trials showed that coffee consumption helped to decrease the dose of morphine in people living with other painful states.

How coffee potentiates the analgesic effect of opioid painkillers is complex and poorly understood. There were studies in rats in which coffee significantly potentiated the pain-relieving effect of morphine, but such effect was reversed by the use of naloxone, thus indicating that coffee may directly affect the opioid receptors.

Furthermore, caffeine has the ability to stimulate the release of endorphins. Thus, they may augment the effect of opioid analgesics.

Another way in which caffeine or coffee may help in fibromyalgia is due to its psychostimulant properties, as fibromyalgia is often characterized by depression and brain fog. Thus, caffeine also seems to reduce the pain catastrophizing.

Coffee may also help to reduce some of the adverse effects of opioids like sedation, drowsiness, impaired cognition, and a slowdown in thinking processes. Caffeine is known to improve the physical performance, increase mental attention, and improve someone's overall well being, which is why it is entirely possible that some of the positive effects of coffee consumption may be related to its ability to counter the unwanted effects of opioids.

Although this study has certain limitations like not recording the dose and type of opioid taken or the brand of coffee consumed. It is well known that content of caffeine varies significantly among various coffee brands. So, just reporting on a select number of cups of coffee consumed is not a very accurate method.

As of right now, it could be said that consumption of coffee helps in overcoming symptoms of fibromyalgia. However, the lack of benefit of coffee in the non-opioid group indicates that caffeine has a role as an adjuvant in opioid therapy in chronic painful conditions.

Benefits of a Ketogenic Diet For Fibromyalgia 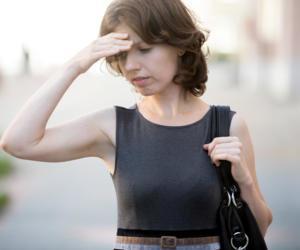 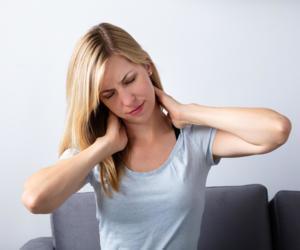 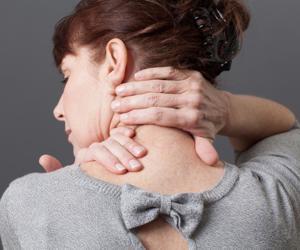