Polydipsia is the medical term for excessive thirst. It is usually regarded as one of the initial symptoms of diabetes.

It is normal to feel thirsty, especially after workouts and strenuous activities. It is quite important for people to drink the recommended amount of water per day to maintain normal bodily functions, which includes normal body temperature and regular waste removal.

How long after extraction can I get a dental implant?

However, when you still feel thirsty even after drinking, or when you always feel thirsty, you might have polydipsia—an indication that something is not right in your body.

It is important to note that polydipsia is not a disease, but basically an underlying symptom of another medical condition such as diabetes.

Polydipsia is one of the symptoms of diabetes, especially in the earlier stages. People with diabetes tend to have a difficulty in digesting glucose (sugar) in the blood, which is why their blood sugar levels are elevated. When blood glucose is high, people will feel extremely thirsty.

Based on the underlying causes, there are several types of polydipsia. Some causes are mental and some are physical.

One of the most common causes of polydipsia is not drinking enough water throughout the day. When you sweat a lot or drink beverages such as coffee, green tea, or black tea, the body seeks more water to replace the lost fluid. Dehydration also causes polydipsia since there is not enough water in the body.

One of the medical condition, in which a person passes large amounts of urine is called as "polyuria". This condition is also seen as a cause for polydipsia.

Consuming too much salty food in the diet can also lead to polydipsia. Medications such as corticosteroids and diuretic pills also make you feel thirsty all the time.

Stress, anxiety, or nervousness can also enable people to drink too much water.

An acid-base imbalance in the body results in the deviation of the normal pH level of plasma in the blood, which leads to a person feeling extremely thirsty. Such condition can sometimes lead to dehydration because people drink excessive amounts of fluid to quench their thirst, which then leads to polyuria.

When there is hypokalemia or low potassium in the blood, kidney function will be impaired leading to polydipsia and polyuria. It can also be caused by a low blood pressure and constipation.

Acromegaly is a hormonal disorder characterized by an overproduction of growth hormones. Polydipsia is one of the symptoms of acromegaly.

Polydipsia can also be caused by anorexia nervosa, which is an eating disorder. When people have anorexia, they usually refuse to eat properly because they believe that they will gain weight. It is also a method of starvation and a basic cause of polydipsia.

Polydipsia is seen as an early symptom of diabetes insipidus or diabetes mellitus. As explained earlier, when blood sugar levels rise, it tends to make people thirsty no matter how much water they drink. This condition is called as diabetes mellitus.

Diabetes insipidus, on the other hand, is a condition where the body’s fluid levels are out of balance, leading to an excessive thirst and urination.

Apart from the above-mentioned causes, the following could also lead to polydipsia:

The following are symptoms of diabetes-induced polydipsia:

Medically, it is said that one should consume water based on the body’s requirement. However, drinking water more than required can give rise to another condition called as "water intoxication", which is also called as "water poisoning". This condition usually arises when one drinks an excessive amount of water.

Too much water in the body can dilute the amount of sodium in the blood, which would ultimately lead to low levels of blood sodium. This condition is called as hyponatremia. In such cases, the symptoms would include the following:

The symptoms of polydipsia are often confused with other medical conditions. At times, people who feel extremely thirsty, but only for a temporary period, may confuse their condition with polydipsia. Keep a close watch on yourself and monitor the duration of your thirst. Ask yourself the following questions before consulting a doctor:

If the condition is temporary, then there is no need to worry. However, if the issue persists for a longer duration, wherein your extreme thirst lasts for longer periods that does not seem to change based on the activity or the amount of water you drink, then it’s time to visit the doctor for further examination and treatment.

When you visit the doctor, he or she will conduct a physical examination along with asking certain questions about the symptoms you have been experiencing. The doctor may ask the following questions:

Apart from the physical examination, the doctor may also request for the following laboratory tests:

If the doctor feels that the reason for polydipsia is diabetes mellitus, then medications would be prescribed to control blood sugar levels. Apart from over-the-counter medications, the doctor may also prescribe regular insulin injections. A proper nutrition plan would be developed and recommended to help you eat and drink better. Following a diabetic meal plan will greatly help you manage the symptoms of diabetes. The doctor may also recommend some light exercises to keep you fit and healthy.

If the doctor suspects diabetes insipidus, then proper water intake would be suggested. Certain over-the-counter medications would also be prescribed to control the symptoms. Desmopressin may be prescribed, which is available in the form of pills or injection.

If the reason for polydipsia is psychological such as lifestyle changes, stress, feelings of constant nervousness, or tiredness, then the doctor may recommend a therapist to help you overcome such feelings.

If the reason for polydipsia is mental health, which is different than the psychological condition, then the doctor would suggest for a cognitive behavioral therapy. In this type of therapy, one becomes more aware of what’s going on in the surroundings as well as any personal triggers that are causing the urge to drinking more water often. CBT also teaches the person how to cope with such feelings in a better way.

Most of the time, polydipsia can be treated and controlled once the exact cause is identified, and the treatment is successfully completed. Doing regular exercises coupled with a better nutritional diet is highly recommended.

If you are unsure about your condition, it is always best to consult a doctor. You will be guided on how to manage your symptoms better as well as be treated on time to avoid further complications.

Why do I keep getting blisters even after switching...

What are the side effects of iodine contrast? 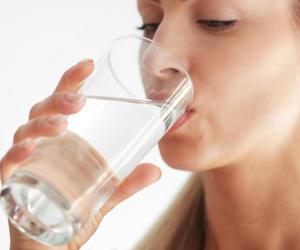 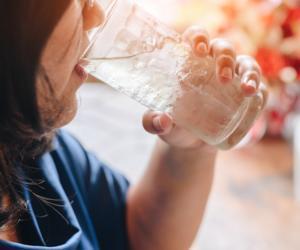 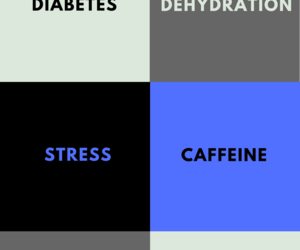