In this day in age, a majority of diseases and conditions seen in the medical industry have been more or less identified. Although this is the case, not every condition has received enough analysis to conclude what the primary causes may be. An even more important point to this argument is when exactly a patient begins the development of a disease.  Such was the case for a study presented in 2016 at the World Congress of Pediatric Gastroenterology, Hepatology, and Nutrition.

The study’s primary focus was to figure out if celiac disease and treatment can be put into place as early as possible. Findings from this given study, as conducted by Norwegian researchers, suggested that kids who have later in life been diagnosed with celiac disease more often have smaller muscle mass and less fat content relative to children of the same age without the disease. The study opens up potential for an extremely insightful finding, that very well could enable medical professionals around the world to have a firm foundation for diagnosing celiac disease as early as possible (it has been proposed that the disease may even be present in the infant stage). 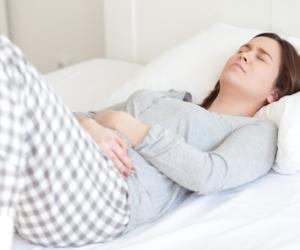 There Is Still No Proven Way to Prevent Celiac Disease

A proposed hypothesis regarding the time at which celiac disease is identified is that the development of the condition may be occurring earlier than what has ever been identified among patients up to this point in time. Christian R. Kahrs, PhD, an attending physician at the østfold Hospital Trust in Grålum states that, “we actually know surprisingly little about when this process starts in life” and that “Impaired growth is one of the most common features in pediatric celiac disease.”

Further proving this proposed theory, Dr. Kahr’s mentions that the development of celiac disease begins well before the age of two. A factor of the study that led the researchers to believe was the fact that the young patients with the disease do not seroconvert before two years old. Seroconverting is essentially the point before an antibody is distinguishable to further detect certain diseases.

One of the main variables by which the Norwegian researchers clung to while conducting the study included the height and weight of the young patients being studied. The researchers were able to gauge the growth patterns among the group being analyzed by collecting the necessary data in babies at the ages of 3, 6, 8, 15 to 18, and then 24 months of age.

An interesting finding following the last collection of data was that height differences in the group became apparent before weight had. The data was ultimately segregated by age, as well as gender. Although the slowed growth in the young celiac patients served as a focal point for the study, Joseph Murray, MD, professor of medicine and director of the celiac disease program at Mayo Clinic, commented, “While it has been long recognized that celiac disease can result in growth retardation and indeed failure to thrive, those manifestations were often thought in the past to be related to severe, often symptomatic malabsorption.”

The benefits of the study

One of the primary ideals backed by the researchers of the study mentioned above includes early screening for celiac disease among infants. The hope is that by doing so the potential growth impairment can be completely prevented. Doing so would ultimately lead to normal maturation among at-risk infants as they age. It has been proposed that in order to be effective in identifying celiac disease, there must be a new approach that contradicts the techniques used today.

To do this, it has been pointed out that medical professionals must not simply wait until symptoms appear in celiac patients, requiring diligence in observing trends having to do with medical histories, even at the infant stage. Dr. Murray sums this ideal up by saying “It [the study] suggests that our current paradigm of either testing people at risk for celiac disease or waiting for patients to become symptomatic enough to warrant investigation will not succeed in identifying all those who need to be found when they need to be found.”

The future of celiac disease

At this point in time, there is yet to be a cure for celiac disease. However, individuals living with the disease will strictly adhere to gluten-free diets, which aids them in healing any previous damage done within the small intestine. This being said, patients may still encounter damage to the small intestine with the slightest of triggers, such as the accidental consumption of bread crumbs left on a cutting board. This proves the very dangers of the disease, as it can very easily be triggered by the smallest of gluten content.

Celiac disease remains one of the more misdiagnosed diseases. Among Western countries, the disease is present in roughly 1 percent of the respective populations. If the disease is not taken care of in patients, other potential health risks can arise. These can include Type 1 diabetes, Down syndrome or Turner syndrome, autoimmune thyroid disease, Addison’s disease, microscopic colitis (lymphocytic or collagenous colitis), cancer, as well as rheumatoid arthritis.

Aside from the more severe risks associated with celiac disease, some of the most common complications will include malnutrition, loss of calcium, infertility or miscarriage, lactose intolerance, and neurological problems. If the study mentioned earlier is successful in identifying distinct trends among celiac patients at a young age, especially as infants, the population suffering from the disease can very well see a dramatic decrease in the years to come. Until then, it will be more important than ever to advocate for proper dieting, as well as refined methods for diagnosis. This can be the work of medical professionals among the specific field, but it also relies on the careful watch for symptoms relating to the disease by loved ones of any at-risk child or adult.

Celiac disease has to do with the immune system’s reaction to the consumption of gluten, a type of protein that is present in rye, barley and wheat. The condition, which is also referred to as sprue or coeliac, is ultimately triggered when any form of gluten has been eaten and results in response in the small intestine. The attack on the small intestine affects what are known as villi, or small protrusions, which look similar to little fingers, that line the inner walls of the small intestine. The villi are responsible for absorbing the necessary nutrients in food that are eventually converted into energy. With the damage to the villi as a result of celiac disease, the body is not able to absorb these essential nutrients. 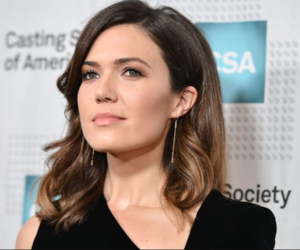 Mandy Moore Determines Whether or Not She Has Celiac... 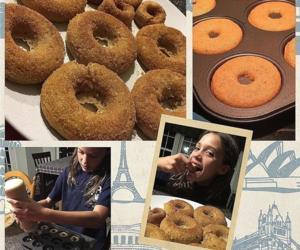 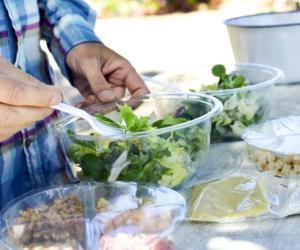