1 What is Down Syndrome?

Down syndrome is a genetic disorder in which abnormal cell division leads to extra genetic material from chromosome 21.

This disorder leads to lifelong intellectual disability and dvelopmental delays and can cause health problems in some people.

It is one of the most common genetic disorder and may cause children to have learning disabilities.

The quality of life for people with Down syndrome can be improved by better understanding of this disorder and early inteventions.

The signs and symptoms of Down syndrome vary from individual to individual. Intellectual and developmental problems range from mild to severe. Some people may be healthy while others may have severe health problems such serious heart defects.

Children with Down syndrome have a distinct facial appearance. These may include:

Children with Down syndrome tend to grow slowly and may remain shorter than children of the same age, although they may have an average size. Developmental milestones, such as sitting and crawling, occur at about twice the age of children without impairment.

Down syndrome is caused by abnormal cell division involving chromosome 21. Human cells normally contain 23 pairs of chromosomes. One chromosome in each pair comes from each parent.

This leads to extra genetic material from chromosome 21. This extra chromosome is responsible for the characteristic features and developmental problems associated with Down syndrome.

Any one of three genetic variations can cause Down syndrome:

Occurs in  about 95 percent of cases of Down syndrome. It occurs when  the child has three copies of chromosome 21 (instead of the usual two copies) in all cells. This is caused by abnormal cell division during the development of the sperm cell or the egg cell.

Is rare form of Down syndrome,  in which children have some cells with an extra copy of chromosome 21. This mosaic of normal and abnormal cells is caused by abnormal cell division after fertilization.

There are no known behavioral or environmental factors that cause Down syndrome. Most of the time, Down syndrome isn't inherited. It's caused by a mistake in cell division during the development of the egg, sperm or embryo.

A balanced carrier has no signs or symptoms of Down syndrome, but he or she can pass the translocation on to children, causing extra genetic material from chromosome 21. The chance of passing on the translocation depends on the sex of the parent who carries the rearranged chromosome 21. If the father is the carrier, the risk is about 3 percent. If the mother is the carrier, the risk is between 10 and 15 percent.

The American College of Obstetricians and Gynecologists recommends offering the option of screening tests and diagnostic tests for Down syndrome to all pregnant women.

Screening tests for Down syndrome during pregnancy are offered as a routine part of prenatal care. Although screening tests aren't perfect, they can help a doctor to make decisions about more-specific diagnostic tests and the course of the pregnancy.

The first trimester combined test, which is done in two steps, includes:

This blood test measures the levels of pregnancy-associated plasma protein-A (PAPP-A) and the pregnancy hormone known as human chorionic gonadotropin (HCG). Abnormal levels of PAPP-A and HCG may indicate a problem with the baby.

Ultrasound is used to measure a specific area on the back of  the baby's neck. This is known as a nuchal translucency screening test. When abnormalities are present, more fluid than usual tends to collect in this neck tissue. Using the woman's age and the results of the blood test and the ultrasound, doctors can estimate the risk of having a baby with Down syndrome.

The integrated screening test is done in two parts during the first and second trimesters of pregnancy. The results are combined to estimate the risk that the baby has Down syndrome. This test can achieve the same level of detection as the first trimester combined test but with a lower false-positive rate, meaning that fewer women are incorrectly identified as carrying a baby with Down syndrome.

Part one includes a blood test to measure PAPP-A and an ultrasound to measure nuchal translucency.

The quad screen measures the blood level of four pregnancy-associated substances: alpha fetoprotein, estriol, HCG and inhibin A. Cell-free fetal DNA analysis The cell-free fetal DNA test checks for fetal DNA circulating in the mother's blood. This test is usually recommended for women who have a higher risk of having a baby with Down syndrome or in response to risk detected by one of the previous tests.

The mother's blood can be tested during pregnancy after 10 weeks gestation. This test appears to be much more specific than other screening methods for Down syndrome. If this screening test indicates a high risk of Down syndrome, a more invasive diagnostic test may be used to determine whether  the  baby actually has Down syndrome.

If the screening test results are positive or worrisome, or  a woman is at high risk of having a baby with Down syndrome, more tests might be needed to confirm the diagnosis. Diagnostic tests that can identify Down syndrome include:

A sample of the amniotic fluid surrounding the fetus is withdrawn through a needle inserted into the mother's uterus. This sample is then used to analyze the chromosomes of the fetus. Doctors usually perform this test in the second trimester, after 15 weeks of pregnancy. The test carries a slight risk of miscarriage, but risk increases if it's done before 15 weeks.

In CVS, cells are taken from the placenta and used to analyze the fetal chromosomes. Typically performed in the first trimester, after 10 weeks of pregnancy, this test appears to carry a somewhat higher risk of miscarriage than second trimester amniocentesis.

In this test, also known as percutaneous umbilical blood sampling or PUBS, fetal blood is taken from a vein in the umbilical cord and examined for chromosomal defects. Doctors can perform this test between 18 and 22 weeks of pregnancy. This test carries a significantly greater risk of miscarriage than does amniocentesis or CVS, so it's only offered when results of other tests are unclear and the desired information can't be obtained any other way.

Preimplantation genetic diagnosis is one option available for couples undergoing in vitro fertilization who are at increased risk of passing along certain genetic conditions.

The embryo is tested for genetic abnormalities before it is implanted in the womb. Diagnostic tests for newborns After birth, the initial diagnosis of Down syndrome is often based on the baby's appearance. But the features associated with Down syndrome can be found in babies without Down syndrome, therefore a doctor may order a test called a chromosomal karyotype. Using a sample of blood, this test analyzes a child's chromosomes. If there's an extra chromosome 21 present in all or some cells, the diagnosis is Down syndrome. 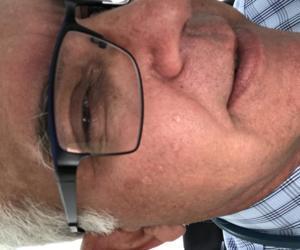 Reflections by an early adopter Endocrinologist with...

How can I stop my child from thumbsucking?

When it comes to Down Syndrome, early intervention makes for the best possible treatment outcomes.

Early intervention for infants and children with Down syndrome can make a major difference in realizing their potential abilities and in their quality of life.

These programs offer children with Down syndrome stimulation at an early age with appropriate sensory, motor and cognitive activities.

Programs may vary, but they usually involve therapists and special educators whose goal is to help a baby develop

There is no prevention for Down syndrome. Women who have a history of having a child with Down syndrome should consult a genetic specialist before becoming pregnant.

A genetic specialist may help a woman to understand the chances of having another child with Down syndrome.

Lifestyle modifications are necessary for your children in order to cope with Down syndrome.

Fear and worry can be overcome by knowing more about this disorder and by joining a support group.  Having a team of trusted professionals which may include health care providers, teachers and therapist can be beneficial for a child with Down syndrome.

It is important to expect a bright future since people with Down syndrome are capable of living fulfilling lives.

There are several risks and complications associated with Down syndrome.

Factors that may increase the risk of having a child with Down syndrome include:

Children with Down syndrome can have several health complications which tend to get worse with age.

The life expectancy of people with Down syndrome is 60 and above depending on the severity of health problems.

More from FindATopDoc on Down Syndrome 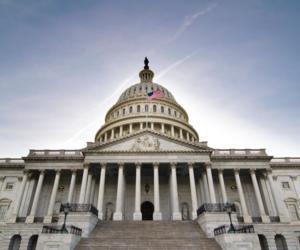 Coronavirus and Geometric Increase in Gun (and other)...

Is a late diagnosis normal in kids with chronic kidney...

Do you treat empty nose symptoms?

I am 42 years old and I am expecting. Is there a chance that my baby would have down syndrome?

Are there ways to test for Down syndrome?