The scientific name of St. John’s wort is Hypericum perforatum, which is a powerful medicinal herb that has anti-inflammatory properties. This herb has been long been used due to its health benefits, especially in relieving depression. Ancient Greek physicians believed that this herb possessed a mystical quality along with protective properties. During the ancient times, Greeks used this herb for the treatment of various mental issues such as mood disorders. The plant is believed to be native in parts of Africa, Asia, Europe, and the American West.

St. John’s wort is a natural and effective treatment for the symptoms of anxiety, depression, appetite loss, sleep problems, and fatigue. This herb is also used for the treatment of menopause symptoms, moodiness, heart palpitations, ADHD symptoms, and seasonal affective disorder (SAD). 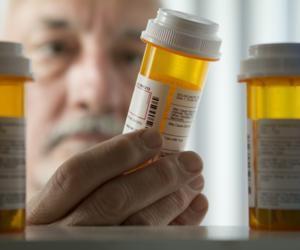 What Is the Trazodone Drug Prescribed For?

According to experts, the active chemical in St. John's wort is hypericin, although the plant offers a variety of components that may work synergistically with hypericin to produce a higher efficacy.

The College of Pharmacy in China Medical University, Taiwan stated in the November 2012 issue of the International Journal of Clinical Practice that the herb is highly useful, but similar to other herbal medications, it may dangerously interact with prescription drugs and cause severe adverse reactions. It is, therefore, important to consult a doctor when one plans to take St. John's wort while on a prescription drug. When a doctor prescribes a new drug, patients must also inform their doctor that they are currently taking St. John's wort to avoid having unnecessary drug interactions.

St. John's wort can be used in various levels of health, although there are possible side effects and risks associated with it. Among these side effects are photosensitivity (sensitivity to the sun and other sources of light), an upset stomach, and certain allergic reactions.

Evidence for Its Efficacy

In 2008, the Cochrane Library published the following findings after reviewing 29 separate studies done in different countries. It involved almost 5,500 patients who had mild to moderately severe depression.

It noted, however, that there were more favorable results in the studies done in countries that had a long tradition of St. John's wort's use in folk medicine, and where St. John's wort is commonly prescribed by modern-day doctors. While these results may be due to the participation of patients with varying types of depression, it is also quite possible that some of the smaller studies were overly optimistic toward St. John's wort, given the long-established experience with it.

The St. John in the plant's name is a reference to St. John the Baptist. The plant got its name since it blooms at the time of John the Baptist's birthday, which is around June 24. It is also around this time that red spots start to appear in the leaves of the plant. These spots are often imagined as the blood of John the Baptist, who was beheaded. Moreover, wort is an old English word, which means plant.

St. John's wort has become a part of modern medicine in the last 100 years, but it has been also used in antiquity for treating wounds as well as psychological ailments. In medieval times, this herb was used to get rid of negative feelings, which were referred to as driving out the inner devil in those times. Paracelsus, a Swiss alchemist and physician in 1525, wrote about St. John's wort and recommended its use for hallucinations and treating wounds.

In most countries, St. John's wort is available as an over-the-counter supplement without the need for a prescription. However, in other countries such as Ireland, a prescription is required by drugstores to purchase the medicine. The herbs are usually available in the form of tablets, which is the form most people prefer to take, but the herb is available in various other forms as well. When purchased from herbalists, the fluid extract is the most common form. The herb is also sold in tea bags or as a component of herbal teas.

St. John's wort has been effectively used and studied for a long time in cases of depression. It has also become increasingly popular in the US. One large study sponsored by the National Center for Complementary and Alternative Medicine (NCCAM) found the herb as effective as a placebo in major depression of moderate severity.

The medicine is not highly useful when used in treating or managing ADHD in children. Its effects were only equivalent to those of a placebo.

There is not much evidence yet in the use of St. John's wort for the treatment of anxiety disorders. In many doctors in Europe, however, St. John’s wort is highly useful and helpful in dealing with anxiety and other psychological-related disorders.

Studies conducted regarding St. John's Wort are usually done in adults than children. However, one study had indicated the effectiveness and safety the herb's use in children below 12 years old, who experience mild to moderate symptoms of depression.

However, it is important to note that children should never be given St. John's wort without a doctor's supervision to avoid having side effects, such as an upset stomach or allergic reactions. Depression is a serious mental illness, so avoid treating your child's depression without proper medical assessment by a healthcare provider.

Some preliminary studies have demonstrated that St. John's wort is helpful in treating neuropathic pain. However, more research is needed in this area.

The many benefits offered by this herb in various depression-related disorders are proven, and obsessive-compulsive disorder is one of the disorders, which St. John's wort is helpful in treating.

While St. John's wort is known to have antiviral properties at high doses, it is advised against patients with the human immunodeficiency virus (HIV) taking indinavir, which is a protease inhibitor used for the treatment of HIV infection. The reason is that St. John's wort can cause a dangerous reduction of indinavir levels in the blood.

In clinical trials, adults have orally taken 900 mg twice daily for several weeks. Most of the studies show that St. John’s wort works well up to 12 weeks. It gives highly effective results.

The possible side effects of St. John's wort may include:

Most patients experience only minor side effects, but around 3 percent of patients may suffer major ones.

According to a study done between 2000 and 2013, there were about 84 adverse reactions involving St. John’s wort. The total number of reports available for Prozac is about 450. However, such report is voluntary, and according to researchers, adverse effects are underreported. 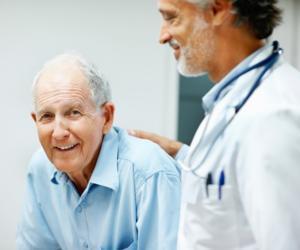 How likely is it to develop tolerance to my antidepressant...

What are common side effects of Zoloft?

Helping a Loved One Cope with Depression