A serious bacterial infection that is transmitted by fleas is called plague, also known as Black Death during medieval times. If it not treated as soon as possible with medications can be fatal and today it occurs in less than 5,000 people a year.

Buboes are the most common plague and can cause swollen and tender lymph nodes in the neck, groin or armpits while the deadliest but rare form of plagues can spread from person to person and can affect the lungs.

What is the best diet for a 13 year old who just started...

Have a question aboutPlague?Ask a doctor now

The signs and symptoms of plague vary depending on their types which are bubonic, septicemic and pneumonic.

The most common and develops within a week after you were bitten.

This type is named after buboes meaning swollen lymph nodes and other symptoms include:

When the bacteria is already multiplying in your bloodstream. Symptoms of this include:

For Pneumonic plague – this is the type that can affect your lungs and can be fatal. This can spread through cough droplets and the symptoms are:

This can also cause shock and respiratory failure just within two days of being infected. Consult a physician if suddenly you feel sick and you recently went to a place that is known to have plague such as Arizona, New Mexico, Colorado and California.

Yersinia pestis is the organism that causes plague when the flea that bit you has recently fed on infected animals such as:

Consult your doctor if you think you have plague and he may refer you to a doctor of infectious disease to receive a diagnosis.

Before going to the hospital, make sure to wear surgical mask to avoid infecting other people.

Ask a family member or close friend to accompany you but be sure that he/she is also wearing a surgical mask. Bring a notebook and there you can write the symptoms that you are experiencing and if you recently traveled in a place where plague is common.

You can also write down the medications, supplements and vitamins that you are taking.

Some of the questions that you can ask your doctor include:

Your doctor will also ask you questions such as:

Your doctor may also do some tests that will be taken from:

What causes nausea in late pregnancy?

Do antidepressants work for generalized anxiety?

Plague can be treated by antibiotics.

If you are diagnosed with plague, your doctor may admit you to a hospital and they will give you antibiotics such as:

Some of the preventive measures that you can take if you are in an area where plague is common include:

Scientists are still developing a vaccine for plague but antibiotics can help in treating plague.

The most common homeopathic remedies for plague include:

Consult a professional if you are going to take homeopathic remedies.

Consider some of these lifestyle tips so you will not be infected by plague:

There are several risks and complications associated with plague.

Only a few thousand people have plague each year but you will be at risk:

Complications of plague are:

More from FindATopDoc on Plague

Do you need anesthesia for a CT scan? 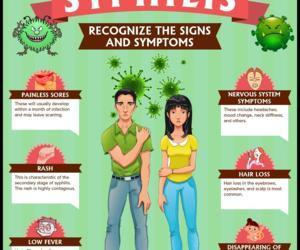 What are the solutions for drug addiction?

Is an allergy responsible for son's hives?

Will my teeth shift without a retainer for a week?

Should I be concerned about a lump in my neck?

Can lidocaine make you sleepy?

How can I improve my walking after ankle surgery?