Many of us seem to know how to enjoy the night out and avoid the most uncomfortable hangover symptoms. Some of the tips seem to work quite well, while few others are just not enough. Many alternatives leave you feeling worse than normal.

Many feel that hangovers are not a huge concern. The reality is that excessive drinking actually affects the release of brain chemicals and lead to the symptoms of a hangover like nausea, dizziness, and headache. Under serious conditions, it may also lead to dehydration and impair the functioning of the immune system. The effect of excessive drinking is felt more in women, as alcohol buildup is more in women when compared to men.

Another myth regarding a hangover is that only alcoholic bingers get the typical symptoms the next day. But unfortunately, for some, just a couple of drinks may trigger the symptoms and cutting down the total alcohol consumed is the best way to reduce it. Opt for clear liquors, like gin, vodka, and beer to avoid severe hangover.

Avoid having diet cocktails as it always increases the symptom of hangover. Fruit juices and or other sugary liquids would help to make the hangover less intense the next day. What matters the most is the amount of alcohol that you drink, irrespective of the size of the container. Thus, a 12-ounce glass of beer, a 5-ounce glass of wine, and 1.5-ounce shot of any of the distilled liquors contain the same amount of alcohol that can result in a hangover.

If you think that taking an over-the-counter pain killers before going to bed, it may not guarantee to alleviate any symptoms of a potential hangover. This is because the effect of pain killers peak for about four hours and may not help in reducing the intensity. And if you have alcohol in the morning it may postpone the hangover. Avoid having too much coffee to reduce the symptoms as it may make it worse. Further, too much coffee can lead to dehydration. Another common myth is that drinking may help to reduce stress and have a good night sleep. With increased alcohol in the blood, it is difficult to relax and have a good sleep.

Tips to Prevent Dehydration During the Summer

What is the quick way to treat vomiting in small kids? 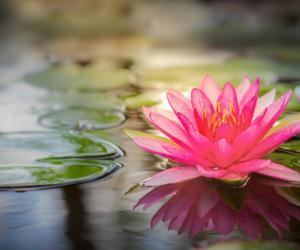 Tips to Prevent Dehydration During the Summer