A micropenis is a condition in which the penis is much smaller than the average size of a penis.

Rare are the men who have never questioned the size of their penis. Is my penis too small? Is my penis too big? These questions are placed on the list of the most common Google searches. Urologists also confirm that these are the usual concerns their patients express. What is it about penis size, except the role it has in sexual intercourse, which keeps men and women wondered and fascinated?

Phallic adoration history has a long and rich tradition. In many ancient civilizations, the phallus was a strong symbol of fertility and power. Archaeological findings indicate an enormous phallus had been elevated to the status of a cult, and it was often depicted on vases, mosaics, figurines and other forms of art. Represented phalluses were usually normal to large in size, symbolizing power and strength. It doesn’t come as a surprise then, that even today, modern culture nurtures the idea of a large penis as a symbol of manhood and power. 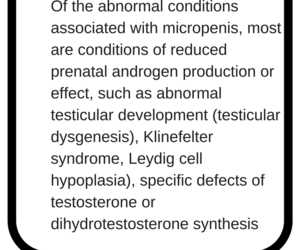 Have a question aboutMicropenis?Ask a doctor now

However, the other side of the penis size story remained obscure for a long time. What about smaller than average penises, or even the ones that can be deemed as “too small”? Men who haven’t been well endowed by nature have often been ridiculed. What many people don’t know is that an unusually small penis is actually a medical condition and in medical jargon it is labeled as a “micropenis”.

What is a micropenis?

Establishing the micropenis diagnosis can be a challenging task. This is particularly the case with newborns. Many parents concerned about their sons rush to doctors’ offices fearing that their boy may have this condition. In the majority of cases, boys referred for micropenis do not have the micropenis condition. Instead, they have something of the following:

A micropenis is defined as a normally structured organ with the erect penile length of at least 2.5 standard deviations smaller than the average human penis size. This means that the penis size is smaller than about 7 cm for an adult when compared with an average erection of 12.5 cm. For a correct measurement, it is necessary to carefully stretch the penis and measure from the tip of the penis to the base of the penis. Normal penis size for a newborn boy is between 2.8 cm to 4.2 cm, with a circumference of 0.9 to 1.3 cm. The critical penile length that may indicate a micropenis condition is 2.5 cm at birth. However, some medical experts have said that critical penis size for establishing the micropenis condition is 1.9 cm. There is no consensus on this matter yet.

The occurrence rates of micropenis condition aren’t very high. According to studies from 1997 and 2005, 0.015 percent of baby boys born in the U.S. had micropenises, which means that statistically that’s just 1.5 out of every 10,000 boys. Another study shows that 0.6 of the world's male population suffers from this disorder.

When it comes to sexual function, in the majority of cases a micropenis will technically function normally. However, even if the erectile function is normal, some men with a micropenis condition may fail to satisfy their partner sexually. In order for a woman to get penetrative pleasure, a couple should consider trying out different positions or certain sex toys.

Owing to the modern culture celebrating penises as the major component of masculinity concept, some of the men with a micropenis earn low-esteem which will eventually lead to a lot of emotional pain, anxiety, and depression. Sexual therapists claim that even though this condition can be an obstacle to sexual life, it doesn’t have to mean that a deep emotional connection between partners isn’t possible. The focus is on shifting the focus away from penetrative sex and concentrating on other sexual activities that can bring pleasure to both partners.

Luckily, today we have a luxury of buying semi-anonymously via the Internet and we can find almost anything that crosses our minds. Smaller size condoms are available online in case men feel embarrassed to look for them directly in the pharmacies. It is important for men having a micropenis condition to look for an appropriate condom size, because many have reported that using average size condoms is quite challenging and they “lose” condoms inside their partners regularly.

A micropenis occurs in two forms: as an independent abnormality by itself or as a clinical finding of other syndromes. There are several reasons why men have this condition. Firstly, during embryonic development fetal androgen levels are high between the 8th and 24th weeks of gestation, with peak levels often observed between the 14th and 16th week. Sometimes during the second and third trimesters under the insufficient hormonal influence, penile length doesn’t grow as expected. Therefore, a micropenis is caused by a hormonal abnormality that occurs after the 12th week of gestation.

Secondly, a common cause of a micropenis is an abnormal hypothalamic or pituitary function that leads to hypogonadotropichypogonadism. Within the first 6 months after a baby is born, we can observe physiologically enlargement of penile length. This occurs because the hormonal activity of the hypothalamic-pituitary axis and the activity of the testes increase gradually up to the 6th month. If this hormonal activity is disturbed, growth of penis will be inhibited.

Finally, there are genetic mutations of the SRD5A2 gene and partial androgen insensitivity syndrome as possible causes for micropenis condition. The newest research suggests that some external factors such as pesticides, may cause newborn male external genital malformations. Whatever the cause, the treating options are mostly the same.

In the past, a common procedure for newborn micropenis condition was gender reassignment. There was a medical study in the 1970s displaying this method as a successful treatment option. However, the patient grew up with mental health problems. Once the twin son raised as a girl found out what happened after he was born, he wanted to change his sex back to the original. Shortly after, he committed suicide.

Today, this type of procedure is regarded as out-dated and doctors apply modern treatments. The main goals of treatments are enabling normal sexual function, standing urination and a healthy self-image. Treatments usually include testosterone therapy and surgeries.

If a newborn boy is diagnosed with a micropenis condition he will receive hormone therapy called testosterone replacement. The therapy doesn’t last for long, only three months, and a small amount of growth is usually observed. However, the penis but rarely achieves normal size. An additional dose of testosterone hormonal therapy is prescribed during puberty exclusively for boys with hypogonadism. Additional testosterone hormonal therapy isn’t indicated in other cases because after puberty penile growth stops completely and every hormonal treatment is futile.

Another way to address a micropenis disorder is by surgery. This procedure is called phalloplasty and it involves penile reconstruction. It is not rare that patient’s skin from the other parts of the body is being used during the procedure. In addition, the prosthesis is inserted wrapped with skin allowing erection. However, this is a highly risky procedure and it is only performed if a doctor finds it applicable to a particular case.

Even though having a micropenis isn’t a life-threatening condition, it certainly can have a negative impact on an individual’s life. Early diagnosis is crucial in order to commence testosterone hormonal therapy as soon as possible and achieve optimal results. If therapy doesn’t provide satisfactory results, it is recommended to include psychotherapy to provide a basis for a healthy mental development in spite of given circumstances. Being informed on solutions and treatments, one can lead fulfilled life.

Suddenly getting dark hair on my chin. Hormonal problem?

More from FindATopDoc on Micropenis 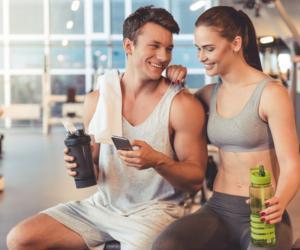 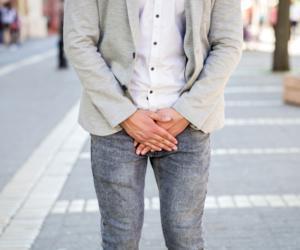