The blockage of the sweat ducts is mostly known to be caused by over sweating that happens to people living in very hot areas. There are other factors that can cause the condition. It involves overdressing, staying close to a fire, and bacterial infections. 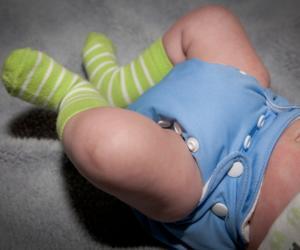 What is Diaper Rash?

Have you seen your child having rashes and fail to understand what is happening? Or have you heard of children who frequently have heat rash? Many people may be mistaken and think that heat rash is a condition for adults alone. This is not true.

Heat rash is also known to affect newborns and young children. Actually, most cases of the infection occur in babies. Children are mostly affected by the condition because of their underdeveloped sweat pores. Parents can be worried and scared sometimes if their kids develop a rash.

In cases where children develop heat rash and the condition is not identified nor treated on time, it may further cause other complications to the child. It is important to look out for the symptoms to prevent future complications of heat rash. Here are some of the things you should know:

Who Gets Heat Rash?

It is clear that heat rash is associated with excess sweating. As a result, 3 out of 10 people who are travelling in warm or tropical areas will have the skin condition. This condition is also known to affect people of ages. However, infants and small children are more affected as a result of their underdeveloped sweat glands, thus, having small pores that can be easily blocked.

What Should You Know As a Parent?

If you are a parent and not informed about what heat rash is, it may be difficult to deal with the condition in case of an emergency. It will also be hard to identify its symptoms, treatment measures, or prevention if you are unaware of the condition.

Symptoms of Heat Rash in Babies

Before treating heat rash in your children, as a parent, you should be able to know how heat rash looks like. Here are the common symptoms of heat rash:

Other Infections That Might Be Related to Heat Rash

Get your child tested to know whether he or she has a bacterial infection, especially if the condition does not go away on itself after a while. Moreover, make sure that you do not confuse heat rash with other skin-related infections such as chickenpox.

What Types of Heat Rash Are There?

What Are Some of the Treatment Measures for Your Child?

Heat rash is a type of skin condition that is sometimes not taken seriously. People also confuse the condition with other infections. However, it can go away after some time depending on your environment.

Always make sure that you have confirmed the heat rash symptoms experienced by your child to avoid treating the wrong infection. You can also visit a doctor for medical advice.

Treating your child early enough before the infection spreads to other parts of the body is crucial. However, if these symptoms do not go away soon, consult a doctor for proper treatment.

What Is Keratosis Pilaris and How Can We Treat It?

What do red patches around the face mean?

More from FindATopDoc on Skin Rash 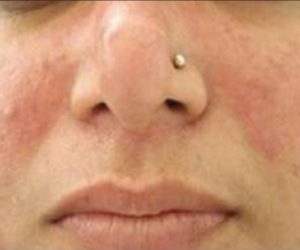 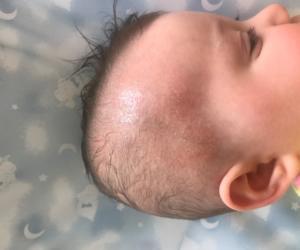 I have developed sudden rashes all over my hands and...

What Do Red Spots on Skin Mean?

Rash on my right side?

What can I do to cure a rash?