“Babies who gain weight quickly within the first two years have a high risk of childhood obesity," says a new study published in the Archives of Pediatrics and Adolescent Medicine. Infants who gain weight after 6-12 months are more likely to be obese when they are 5-years-old to 10-years-old. Elsie M. Taveras, MD, MPH, and colleagues says that “the risk goes up as per the initial weight-for-length percentile given in the standard growth charts”.

In this study the researchers analyzed data from 44,622 children in the age group between 1-month-old and 10-years-old who were followed up from 1980 to 2008. Height and weight of the children were measured during the first 24 months and when they were 5-years-old and 10-years-old. A child’s growth is monitored by comparing the weight and length of a child to the normal growth chart. 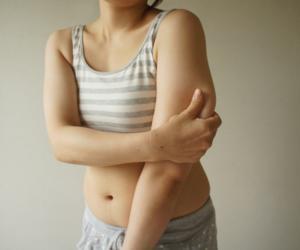 A More Accurate Measure of Obesity

“Crossing the upper limit of weight length percentile during infancy, especially during the first six months, is associated with high rates of obesity between the ages of 5-years-old and 10-years-old, reports Taveras and colleagues. “Sudden weight gain crossing two or more percentiles in the first six months puts children at risk," adds Taveras. Children who crossed two or more weight and height percentile lines by 2-years-old had two times the risk of being obese at 5-years-old, and 75% increase in the risk of being obese at the age of 10-years-old.

The weight for height percentile is easy to measure, and helps pediatricians to predict the chances of obesity later in an infant’s life. “Although the study does not mention what can be done to prevent it. Further studies are needed to see whether interventions based on these early predictions will be of use in improving the health of children," says Taveras.

Can a psychiatrist help with obesity?

Does acupressure for weight loss work?

Is it true that anesthesia for obese people is riskier?

What kind of doctor treats obesity?

Can a psychologist help with obesity?

Can obesity contribute to anxiety attacks?