A new study has shown that pre-digested formula may reduce the risk of Type 1 diabetes in infants who have a high risk for developing this condition. The study reports that babies who were fed on pre-digested formula had a 50% lower chance of developing the kind of antibodies that predict diabetes, when compared to infants who were fed on normal formula.

According to David M. Harlan, MD, and Mary M. Lee, MD, from the University of Massachusetts, the results are not definitive, as it is a small and preliminary study. According to Lee, a pediatric endocrinologist, it is hard to come to a conclusion with the data and it remains a suggestion that pre-digested formula may protect the infant from diabetes. 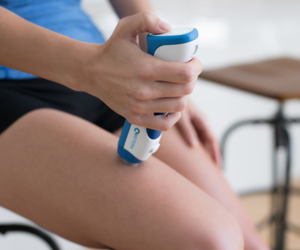 In this study, published in the New England Journal of Medicine, he remarked that this study adds more evidence to the importance of early diet and diabetes. But he warns that nobody should conclude that pre-digested formula may prevent Type 1 diabetes.

Out of the total 230 children, 16 of them developed diabetes within the follow-up period of 7.5 years. “Seven of these kids were in the pre-digested formula group, but only four of them actually got the formula”, notes Knip. Knip suggests that if the baby is born with an increased risk for diabetes, it is better to breast feed the baby as long as possible. He also recommends the use of pre-digested formula for those children who are at high risk of developing the condition, and not for the general population.

Harlan and Lee agree that if the child is at high risk of developing diabetes, the child should be breast fed as long as possible. Phyllis W. Speiser, MD, chief of pediatric endocrinology at Cohen Children's Medical Center of New York and professor of pediatrics at Hofstra University, also agrees to the fact that it is difficult to recommend pre-digested formula based on the findings. He feels that pre-digested formula is very expensive, when compared to normal formula.

A larger and tightly controlled study is underway to prove the findings of this study. The marker of diabetes used in this study is the antibodies to beta cells in the pancreas that produces insulin. Diabetes develops when many of the cells die. Many experts are of the belief that antibodies are not the main cause for the immune response that destroys the cells, but are a result of the response. The presence of any one of the five different types of antibodies may be a warning sign. According to Knip, children who have two or more of these antibodies have more than a 90% likelihood of developing diabetes. This autoimmune condition is generally seen in people with a certain genetic makeup, but only some of the people who have the genetic structure develop diabetes.

The exact reason for the development of this disease is still unknown. Genetic susceptibility is one of the reasons why children develop diabetes. But, this may not explain the mystery fully. Even among identical twins with the same genetic makeup, when one of the twins develops this condition, there is only a 50% chance that the other twin will also get diabetes. A large, international study, The Environmental Determinants of Diabetes in the Young or TEDDY study, is focused on studying the environmental triggers for developing diabetes.

Celiac Disease and Type I Diabetes Patients at a Higher...

Cities at the Frontline in the Global Diabetes Epidemic

Artificial Intelligence May Be Used to Detect Diabetic... 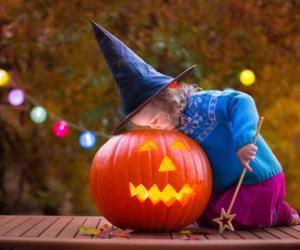 Making Halloween a Special Treat for Children with...

Is there more than one kind of insulin pump?

What is the emergency treatment for hyperglycemia?...

Are Those Daily Pricks Really Necessary for Diabetes?