Neonatal lupus is a not so common autoimmune disease. It is not true lupus as all the symptoms will completely disappear after 6 months of age. Neonatal lupus is also known by several other terms. The condition is also called as:

Are there any home remedies for kidney stones?

A congenital heart block is rare cardiac disorder that is seen as a complication of neonatal lupus. If an infant develops a congenital heart block, the condition will not resolve after a few months. It will be a persistent cardiac problem, which can be life-threatening to the infant. For this reason, a pacemaker is needed. However, not all infants with neonatal lupus will develop this complication. Some infants may only have skin symptoms while others may only develop heart symptoms. However, a few percentage of infants will develop both skin and heart symptoms.

How does a baby get neonatal lupus?

The autoantibodies travel from the mother to the baby via the placenta. These autoantibodies will damage the fetus. However, the exact pathophysiology is not yet known. Moreover, the condition is not an early form of systemic lupus erythematosus (SLE). The term "neonatal lupus" is given since the rash it produces is similar to that of SLE. Neonatal lupus is a separate disorder. If an infant develops neonatal lupus, it does not necessarily mean that the infant or the mother has SLE.

About 1 percent of infants who develop neonatal lupus receive positive autoantibodies from the mother. It is also observed that the condition is more commonly seen in girls than boys. According to case reports, after the birth of an infant who has neonatal lupus, the following siblings have an 18-25 percent chance of developing the same condition.

Mothers of babies who have neonatal lupus could also develop symptoms later in life, which is usually atypical rather than the classic form of the lupus syndrome. Hence, careful monitoring of both the baby and mother on a regular basis is to be advised.

What are the signs and symptoms?

The most characteristic feature of neonatal lupus is the rash. It is a red, scaly lesion which often resembles a rash of SLE. It is a transient rash, which means that it will disappear several months later. But rarely, the rash may persist up to childhood in some infants. The most commonly affected areas are the face, scalp, trunk, arms, and legs. This rash may be triggered by the exposure to sunlight (photosensitive rash) in some infants.

The rash appears at birth or a few weeks after birth, but sometimes, the rash may not develop until 2 to 5 months. The most dangerous and life-threatening feature of neonatal lupus is the congenital heart block. Although it is rare, it can be a permanent feature and can be very dangerous.

Other findings of neonatal lupus are:

What are the causes of neonatal lupus?

Neonatal lupus or congenital lupus is an acquired condition that the baby gets by transmitting antibodies from the mother to the fetus. The antibodies responsible for neonatal lupus are anti-SSA/Ro, anti-SSB/La, or both of them.

The mothers don't need to have lupus for their babies to develop neonatal lupus. They might only have a different rheumatic condition such as rheumatoid arthritis or Sjogren’s syndrome.

Who gets affected by neonatal lupus?

How is it diagnosed?

Neonatal lupus is diagnosed based on a clinical examination. A detailed medical history about the mother along with some specific tests will help the doctor to make a diagnosis of neonatal lupus. A diagnostic test is performed for the identification of the anti-SSA/Ro antibody or anti-SSB/La antibodies in the blood of the infant. When a baby is diagnosed with neonatal lupus, further testing should be done to find out if the blood and liver have been affected as well.

Nearly 75 percent of babies with neonatal lupus will have skin rashes at birth. The remaining 25 percent of infants will break out typically within 2 to 5 months. Hence, the baby needs to be regularly checked by a doctor.

Exposure to the sun tends to trigger the outbreak as well. Rashes, on the average, will disappear at about 6 to 8 months or soon after, as the mother's autoantibodies disappear from the infant. The treatment for skin lesions is typically no more than mild ointments to help relieve the severity of the breakouts.

How is neonatal lupus treated?

The symptoms of neonatal lupus except for a congenital heart block resolve spontaneously without any treatment. If at all any treatment is provided, it will be a symptomatic treatment directed to relieve the symptoms.

These babies should be protected from the sunlight as it can trigger the appearance of the rash. Clothes that will keep them covered and sunscreens will help to avoid exposure to sunlight. A mild steroid can be applied over the areas with the rash, but most cases do not require any treatment at all.

Congenital complete heart block is the most common cardiac rhythm abnormality that presents itself with neonatal lupus infants. This abnormality occurs around 15 to 30 percent of the time and can be detected as early as the 18th week of pregnancy during the scanning sessions.

The most dangerous and life-threatening feature of neonatal lupus is the congenital heart block. Although it is rare, it can be a permanent feature and can be very dangerous at times. For this reason, monitoring the baby and the mother during pregnancy is a must.

When is surgery necessary after a heart attack?

The Connection between Cancer, Lupus and other Autoimmune...

More from FindATopDoc on Neonatal Lupus 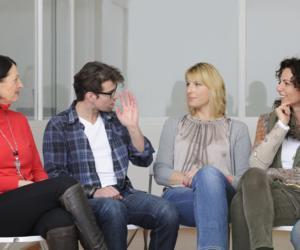 My baby was born 6 weeks early, what are the risks? 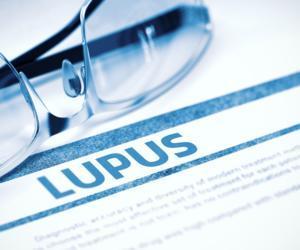 What You Should Know About Neonatal Lupus

Support Groups for Lupus: Finding Balance While Battling Your Disease

What You Should Know About Neonatal Lupus

My baby was born 6 weeks early, what are the risks?