Your baby, who used to be so peaceful, has all of a sudden become fussy, cranky, chews on every single thing, and is drooling. He wants to be held, keeps you half the night awake, and wants to be nursed the whole day. This is the world of teething that the baby has entered in.

Other parents are concerned when babies have a fever during the teething stage. Could fever be another sign of teething, or could it be from other causes? Teething may slightly increase your baby's body temperature. However, if your baby has a fever over 100.4 degrees Fahrenheit or higher than 38 degrees Celsius, your child may probably be sick.

Why isn't my baby teething?

Have a question aboutTeething?Ask a doctor now

Signs and Symptoms of Teething

A low-grade fever could indicate that your baby is teething. However, it may also indicate an ear infection or viral infection. For this reason, it is better to rule out other possibilities instead of assuming that your baby's fever is due to teething.

Babies may develop a slight fever due to teething. Some infants even experience a little bleeding when their tooth pops. This occurrence may introduce transient bacteria into the blood. Slight fevers in teething babies are just a sign that the body is fighting bacteria.

Mild fever in teething babies often does not need any treatment, such as ibuprofen or acetaminophen. Pediatricians often suggest many different ways to satisfy your baby's urge to chew. Good examples would be anything cool or objects that feel good on your baby's gums, such as pacifiers and teething toys.

The use of teething tablets is often not recommended when it comes to relieving teething pain in babies since there is no substantial evidence that they really do work. Moreover, there are teething tablet brands that have been recalled because of their inconsistent amounts of the toxin belladonna. These medications and supplements are also not FDA-regulated. Call your child's pediatrician if the fever will not subside and if your child will not eat or drink to ensure that there is nothing serious going on.

Toddlers cut molars when they reach the age of 2. Molars are large, flat teeth that take longer to break through the gums than other teeth. For this reason, molar eruptions may cause pain and irritability in toddlers. Some parents still believe in old wives' tales about teething symptoms, such as diarrhea, vomiting, and seizures. However, health authorities today explain that teething is only caused by mild symptoms, which include low-grade fever and drooling.

If your toddler runs a fever of more than 100 degrees Fahrenheit during teething, consult your child's doctor. Having a temperature higher than 100 degrees Fahrenheit does not usually develop because of teething alone. In most cases, children with a higher body temperature are sick or have contracted a viral infection. Moreover, toddlers tend to have an increased exposure to harmful microorganisms since they are more active at this stage.

Some children do not have a fever and other symptoms but may have other discomforts, such as developing picky eating habits and disrupted sleeping patterns.

How is teething assessed?

Doctors recommend a visit to the dentist when a child turns 1 year old. Visiting a pediatric dentist with your child is a great resource for important questions about teething. A pediatric dentist can help identify if your child's symptoms are due to teething or if they need further evaluation. The discomforts experienced by infants and toddlers can sometimes be due to thrush, inflammation of the mouth and gums, or tooth decay.

The best way to calm a cranky and teething child is to put pressure on the child's gums. For this remedy, you can give your child a rubber teether to chew on or you can massage your child's gums with a clean finger. Cold teethers can also help teething infants. Do not freeze teethers to avoid breaking them open or any leakage. Moreover, an extremely cold temperature can also hurt your child's gums. Simply put the teether in the refrigerator until it is cold enough to use.

Avoid using gels on your baby's gums since they may contain medicine that can have a numbing effect on the gums and may cause certain side effects, such as a decrease of oxygen in the blood. For infants who are 6 months old and older, ibuprofen or acetaminophen can be given to help with the pain. However, it is still best to consult your child's doctor before giving any type of medication to your child.

Seek immediate medical attention if your baby has the following:

What are the signs of teething?

More from FindATopDoc on Teething

Should I give my child whiskey while teething?

How can I ease my baby's molar pain? 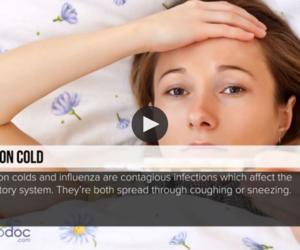 What Does Low-Grade Fever Mean?

Why isn't my baby teething?

Should I give my child whiskey while teething?