Many of the earlier studies had given some conflicting results regarding the effectiveness of this vitamin in preventing heart diseases. According to one study, vitamin E increases the risk of heart failure. Heart failure is a chronic condition in which the heart finds it hard to pump blood and meet the requirements of the body.

In this study, data was collected from the nearly 40,000 women participants of the Women’s Health Study and followed up for an average of 10 years. The participants who were 45 years or older were divided into two groups: the first group took 600 international units (IU) of vitamin E while the second group was provided with placebo every day. During the study period, 220 cases of heart failure were reported.

Analysis of the data showed that taking vitamin E supplementation did not affect the risk of heart disease in women. According to the researchers vitamin E did neither help nor hurt the heart disease risk in women. Researcher Claudia Chae, MD, MPH, of Massachusetts General Hospital, and colleagues claim that this study highlights the importance of focusing on other prevention measures that can reduce the risk of heart attack. This includes regulation of blood pressure and prevention of heart disease in general.

When do you know you need a new heart?

More from FindATopDoc on Vitamin E 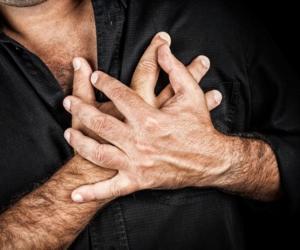 Who Should You Call if You Have a Congestive Heart...

What is Left-Sided Congestive Heart Failure?