There are surgical techniques that make a hysterectomy less painful and more easily recovered from.

Removing the womb or uterus surgically has always been an option for women troubled by severe bleeding, uncontrolled fibroid growth, painful endometriosis, and spreading cancer. Removing the source of the problem has been considered the best remedy for relieving these painful symptoms that extensively and frequently trouble women suffering these conditions.

Can you harvest eggs after a hysterectomy?

Till recently, the traditional abdominal hysterectomy was considered the go-to surgical solution for general surgeons and gynecologists because of the ease and lack of complexity of the procedure. All this changed with the advent of laparoscopic hysterectomy. Here is a brief overview of the different kinds of hysterectomy procedures and their relative merits and drawbacks:

This is the traditional method that gynecologists and general surgeons resort to when the uterus is removed in its entirety along with other organs such as the cervix, ovaries, or fallopian tubes. Unknown to many women, however, abdominal surgery is only one among a number of surgical options for uterus removal. The other options, in fact, are less invasive and involve less pain.

Abdominal Surgery Becomes Necessary When the Following Complications Have Arisen:

An abdominal hysterectomy enables the surgeon to repair anatomical problems in the pelvic area quickly and decisively. The operation takes around two hours and is performed while keeping the patient under sedation and anesthesia (either general or spinal).

The major preoperative discussion would center on removing the ovaries, fallopian tubes, and cervix. The emphasis will always be on preserving organs that have a lower potential for deepening discomfort.

Hormone Replacement Therapy Will Be Necessary if Ovaries Are Removed

Removing ovaries will impact hormone release and create hormone imbalances triggering the onset of menopause, and the advantages and disadvantages of hormone replacement therapy will need to be considered.

Recovering from an abdominal hysterectomy is time-consuming, and preexisting ailments such as diabetes and heart disease may delay recovery, making it necessary to keep the patient under intensive care and close observation before, during, and after the operation.

Sex Drive and Sexual Performance Will Be Enhanced

An abdominal hysterectomy does not diminish the woman’s sex drive, feelings, or performance in any manner, and in the majority of cases, women actually report improvement once pain and bleeding are halted.

Abdominal Scarring May Become an Issue

There is no way of avoiding abdominal scars as the surgical incisions are larger, and for this reason, many women opt for less invasive surgical options such as a vaginal hysterectomy or laparoscopic surgery.

One way of avoiding surgical scarring on the abdomen is by making a minor incision in the upper wall of the vaginal passage in order to reach the uterus. For the patient, the vaginal surgical route creates less discomfort and pain, and recovery is also speeded up.

Compared with an abdominal hysterectomy, a vaginal hysterectomy poses fewer complications, enables faster recovery on account of the simpler surgical procedure, and does not scar the patient. The main condition prompting vaginal surgery is excessive bleeding from the uterus called Menorrhagia. In this condition, the patient suffers prolonged blood loss for periods exceeding six days at a time, requiring the changing of sanitary pads on an hourly basis. A vaginal hysterectomy becomes the last resort when medication and alternative therapies fail to stem the bleeding.

A Vaginal Hysterectomy is Usually Recommended in the Following Circumstances:

The operation requires at least two hours with the patient placed under general or spinal anesthesia and completely sedated. Post-surgical risks cannot be ruled out in vaginal surgery, and the surgeon needs a very good skill profile for operating without complications. Usually, an experienced gynecologist performs the surgery, making way for a gynecological oncologist if cancer is detected in the reproductive system. The patient's age and history of medical problems will determine the period of stay in the hospital after a vaginal hysterectomy.

This is a variation of abdominal surgery but performed with highly-advanced surgical tools requiring smaller incisions, usually three in number. The procedure uses a laparoscope, which enables three-dimensional observation of the organs while specialized tools manipulate the tissue.

This revolutionary technique is making waves in the medical field because it speeds up operations and reduces human error, which complicates surgery. Its biggest advantage is a clearer image of the abdominal cavity and pelvic organs. This enables the surgeon to perform complex tissue dissection that can be fine-tuned to avoid peripheral damage to nerves and blood vessels. Through robotic surgery, gynecological oncologists are in a better position to perform sensitive operations that target cancerous cells with the least damage to healthy tissue.

The latest generational change in surgical robots and robotic appendages has made it possible for surgeons of all skill levels to perform basic gynecological surgery with greater accuracy in a minimally intrusive way. Laparoscopic surgery and all its attendant technological advances have made it possible to redefine patient comfort and improve post-surgical recovery.

What Conditions Warrant a Hysterectomy?

Is it normal to have bloated stomach after laparoscopy?... 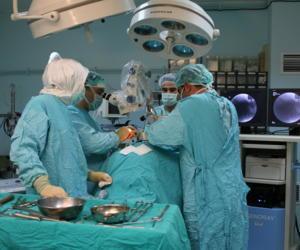 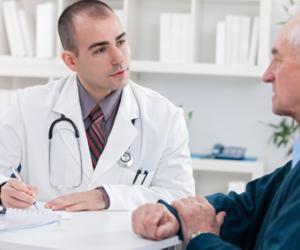 How to Prepare for a Laparoscopy

Everything You Need to Know About a Laparoscopy