There is so much information you can read online about breast cancer. Some information may be acquired in the community, friends, or family that is totally misleading or incorrect. Although not backed up with solid evidence, such information can cause a lot of media attention, which can further cause confusion. Learn the truth behind some of the common misconceptions of breast cancer.

1. Mammograms are no longer necessary at an older age.

Experts believe that mammograms save lives and can help reduce mortality by 20 percent. The early detection of breast cancer can improve the survival rate with less harmful treatments. It is difficult to predict the risk factors of the disease since almost 70 percent women with breast cancer do not have a family history of the condition.

How many chemotherapy sessions does a breast cancer...

2. Breast self-exam is a past thing.

Recommendation for a breast self-exam has been replaced by breast self-awareness, which includes informing your healthcare provider of any breast tissue changes. Check regularly to know if there are any changes in your breasts, especially the week after your menstrual cycle.

When you self-examine the breast region, look for hard lumps, which may feel like a lima bean or frozen pea. It is also better to know your own family history and yearly update it.

3. Thermography is effective in replacing mammography.

It is untrue that thermography is a safe alternative to mammography. Although thermography does not expose women to radiation, which makes it a safer test, there is not enough evidence, which shows that it can be effectively used alone when it comes to screening breast cancer.

In the general population, disease-causing gene mutations are not very common. However, when they occur, they are at a very low frequency since the human DNA is capable of fixing such changes.

Breast cancer is associated with two abnormal genes: BRCA1 and BRCA2. BRCA genes help in the normal growth of the breasts, ovary, and other cells. They also help in repairing damaged cells. However, when abnormal or mutated genes are passed from one generation to another, there would be an increased risk of breast cancer since they do not normally function. Almost 10 percent of breast cancer cases are due to abnormal genes.

5. Breast cancer treatment should be as aggressive as possible.

A wide range of diseases is represented in breast cancer. However, treatment options are available. Women can be spared from a mastectomy or chemotherapy with personalized care, although this should not alter their prognosis.

When it comes to the traditional radiation therapy, alternatives are available these days. Talk with your doctor or healthcare provider about a suitable treatment option for you and discuss its risks along with its benefits.

6. The most common symptom of breast cancer is breast pain.

A hard, painless mass or lump in the breast is the most common symptom of breast cancer. Although some of them may be painful, not all breast lumps are cancer.

Usually, there is no pain felt during the early stages of breast cancer. Sometimes, there are noticeable symptoms such as fibrocystic breast changes and changes in the level of hormones, which may cause pain and tenderness. A fluid-filled cyst can also make the breast feel squishy or firm.

7. Only family history can increase the risk of breast cancer.

According to studies, only 5-10 percent of breast cancer cases occur due to a family history that is associated with a gene mutation. However, gene mutations are more common in ethnic groups such as people of Norwegian, Dutch, Icelandic, Jewish, and Ashkenazi Jew ancestry due to shared ancestry.

This is another common fear that does not have strong evidence. Wearing underwire bras do not in any way directly cause breast cancer. In fact, there is no difference in breast cancer risk among women who always wear bras and women who don't.

9. Only women can get breast cancer.

Although a majority of people who get breast cancer are women, men can also develop breast cancer. Usually, breast cancer in men is associated with genetic causes and family history. Typically, men are not screened for breast cancer, so detection mostly happens in later stages.

10. Antiperspirants can cause breast cancer.

11. The only sign of a breast cancer is a lump.

A lump could be a sign of breast cancer. However, other changes may also take place such as skin irritation, nipple retraction, dimpling, swelling, scaliness, redness, and thick nipple or breast skin. If cancer has already spread, then it might cause swelling of the lymph nodes. This could happen even before the tumor could become big in size to be felt. Before any signs or symptoms are felt or seen, a mammogram can help detect cancer.

12. Only the mother’s family history of breast cancer is important.

13. Lumpy and fibrocystic breasts increase the risk of breast cancer.

Lumpy and fibrocystic breasts were thought to increase the risk of breast cancer. However, no connection is seen between them. It is difficult to differentiate a normal breast tissue from a cancerous breast tissue because of a lump in the breast. In such cases, the doctor can do a mammogram along with an ultrasound for screening.

14. If you have breast cancer, you will die from it.

Breast cancer can cause death in people, but there have been reports from the American Cancer Society that since 2003, the death rate due to breast cancer has been declining. Around 86 percent of individuals diagnosed with invasive or non-invasive breast cancer will likely survive.

15. Breast cancer can happen at any age.

16. After treatment, you can go back to normal.

Be prepared for a new normal if you undergo breast cancer treatment. You should be able to tolerate the scar of surgery. Due to chemotherapy and radiation, you may suffer lasting effects such as neuropathy, chemo-induced menopause, and permanent heart damage, which happens in rare cases.

17. Breast implants can cause breast cancer.

A higher chance of developing breast cancer after a having breast implant is a myth. This myth had started after the PIP implant scandal, which took place in 2011 in the UK. It should be understood that breast cancer may happen to anyone at any point. 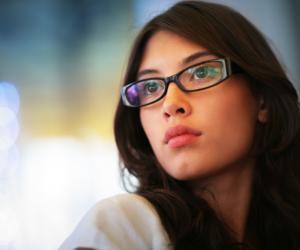 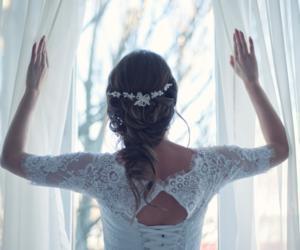 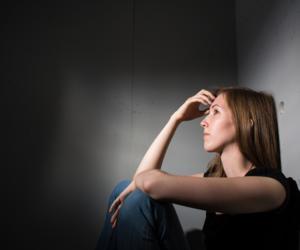