Take a Walk Down Memory Lane

Walking speed and strength of hand grip can help predict the risk of stroke and memory problems in old age, says a new study. “This forms a very basic test to predict the odds of getting these conditions in old age," says Erica C. Camargo MD, PhD. A decrease in walking speed may predict a decline in the person’s overall health, while a weaker grip points to reduced upper body strength.

The study was conducted on 2,400 men and women with an average age of 62 years. None of them had stroke or any forms of memory problems when they were recruited. Researchers measured the hand grip strength and walking speed of each participants. All of them had a brain scan and took memory tests at the beginning of the study. Researchers kept tabs on the participants for a period of 11 years. Out of the 2,400 participants, 79 suffered from stroke or transient ischemic attack and 34 developed dementia.

How much exercise should I get regularly to help lower...

The analysis showed that the risk of memory problems was 1 1/2 times greater in people who were slow walkers, when compared to those who had a quick pace. Slow walking was also linked to lower brain volume and poor performance in memory tests, language abilities, and decision making. Participants who had a strong grip had 42% lower risk of stroke and transient ischemic attack when compared to those with weaker grips. This was especially true of people above the age of 65.

Earlier studies showed lower physical performance and frailty is associated with increased risk of dementia, but the present study clearly shows the impact of the two factors on different age groups, says Camargo, a neurologist at the Boston Medical Center in Massachusetts. In the future, additional brain function tests may be recommended for people with reduced grip strength and walking speed.

Further studies are required to explain how reduced grip strength and slower walking speed increase the risk of memory problems and stroke.

Get Fit With Your Family to Prevent Childhood Obesity 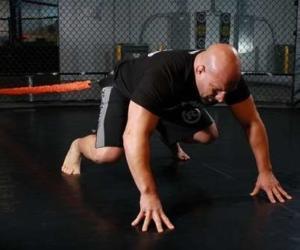 Resistance Training Is Key for Flexibility

I have recently put on a lot of weight and feel stiff...

Moderate Exercise May Increase the Chances of Conception