A recent study conducted by Spanish researchers show that people who have lots of trans fat in their diet have a high risk of developing depression. Despite knowing that these foods are not good for health, many people indulge in foods filled with trans fat because it makes them feel good. The improvement in one's mood is only transient, according to researchers.

Trans fat is made from liquid oils by adding hydrogen, which makes the oils more solid. Trans fat, also known as partially hydrogenated oils, are most commonly used in making fried fast foods and heavily processed foods, such as pastries, cookies, and crackers.

Are there dating groups for people with anxiety?

The researchers studied the effect of different types of fat on the quality of life, which includes well-being, happiness, and functional health. Data was collected from more than 8,400 participants who are participating in an ongoing nutrition study in Spain. All the participants were asked to fill in a questionnaire at the beginning of the study. After four years all of them completed a standard health survey to assess the quality of life.

Lead researcher Christina Ruano of the University of Las Palmas de Gram Canaria in Las Palmas, Spain, reported that trans fats were the only dietary component which showed an association with the quality of life scores. Participants whose diet had the most trans fats were more likely to report a poorer quality of life, when compared to those who had lesser amounts of trans fat in the diet. The results of the study, published in, Nutrition Journal, show that people who had more intake of trans fats to be more tired, had a negative attitude towards work and social life, and had less hope about future health.

All the participants were well educated with an average daily intake of trans fats equivalent to one half of that of Spanish people as a whole, and one fourth of that of Americans. This increases the thought that the association between the quality of life and trans fats could be more solid in other populations where the intake of trans fats is more. The researchers took into consideration several other factors that could possibly influence the quality of life. “The results did not show a close association between trans fat intake and well-being”, says Marion Nestle, professor of nutrition, New York University.

What is the relationship between depression and anger?

Should I see a doctor for my depression?

Can naturopathic medicine help with depression? 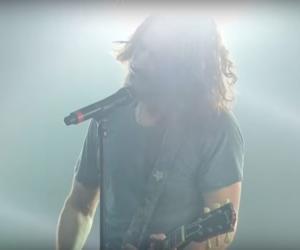 How Did Chris Cornell Die?

How long does major depression last?

What happens if you ignore depression?

What vitamins help with depression?