Cancer has become one of the most dangerous infections in the world. Various medical researches have shown that cancer problems have increased drastically over the last few weeks. These infections have posed a big threat to the community since most of them require serious treatment. The treatment is expensive. An example is Prostate Cancer. 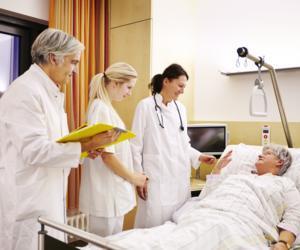 Who is a Proctologist?

It is a gland found in men. A gland can be defined as an organ in a person’s or animal’s body that produces a substance for the body to use. There are many glands in the human body, of which the Prostate Gland is one. It spreads around the urethra to the inside of the body (the urethra runs through it), and produces a liquid in which sperm is carried. The liquid produced by it is called Prostatic fluid, and is secreted during ejaculation. The fluid serves to nourish and protect the semen, and comprises the larger percentage of the fluid in semen. Prostate gland is found just below men’s bladder and close to the rectum. Development of the prostate is contributed to by male hormones called testosterones. Sometimes the prostate gland can cause some problems such as difficulties in urinating especially for the older people.

Also, given that the urethra runs through the Prostate Gland, the contraction and release of the cells in the gland assist in controlling urine during urination. But as men grow older, this Prostate Gland tends to grow bigger, especially at the age of fifty and above, and may cause difficulties while urinating by causing slight or great blockages to the Urethra running through it as a result of the Prostate Gland growing bigger. When its growth has reached this level, this condition is called or referred to as Benign Prostatic Hyperplasia (BPH).

What is Prostate Cancer?

Prostate cancer is an infection that affects the prostate gland. When you suffer from prostate cancer, there is massive or abnormal development of Prostate Gland cells in the prostate. There occurs tiny alterations to the shape and size of the prostate gland cells, causing the growth of abnormal cells. These abnormal cells grow faster than those in a normal Prostate Gland, causing a malignant tumor from these abnormal cells. Malignant means that it cannot be controlled and can lead to death. As the infection develops, it may also spread to the neighboring parts of the body for example the pelvis, bladder, lymph nodes and bones.

Doctors can carry out some tests to grade the changes that have occurred to the Prostate Gland cells in terms of the alterations of size and shape. The changes can be graded as low-grade or high grade. In the former, the changes are a bit less or more normal while in the former they are abnormal, and pose a risk of the patient developing cancer cells (the above mentioned tumor(s)).

Prostate cancer is a problem that develops slowly in the body. It may take several years for a person to realize the infection is in the body. In fact, many men have died as a result of old age without knowing they had Prostate Cancer when they were alive. This type of cancer has lead to the death of many and will still do if men do not realize that they have it in order to treat it early, or if also they  will not practice healthy living, which will not only reduce the risk of getting Prostate Cancer but also reduce the risk of getting other infections which are brought about by our lifestyles. Prostate Cancer is more common in men above the age of fifty years. It is not common for men at forty five years of age and below.

Most men suffer from low grade cancer, which grows slowly inside the body before it starts showing any serious symptoms at which stage it would be having developed to high grade cancer.

Prostate cancer does not cause any symptoms during its early stages. However, as the condition develops especially in its last stages it may cause the following symptoms.

It is important to understand that these are no specific symptoms of prostate cancer. They may be as a result of another infection. You should visit a doctor immediately if you experience such symptoms.

These are some of the factors that increase the chances of someone having prostate cancer.

Men at above the age of 50 years are likely to get infected. But for men from the age of 75 years, the likelihood of being infected with Prostate Cancer is 1 in every 7 men. For men who are 85 years, it is 1 in every 5 men. Prostate cancer is a condition whose chances increase with age.

According to scientific research, prostate cancer has been associated with eating foods with high amounts of fat. Red meat is also a risk factor of Prostate Cancer.

This is a test also known as (DRE). Prostate is located close to the rectum. The doctor uses a gloved and lubricated finger to examine the size of the prostate. This helps to ascertain any abnormalities.

This is a test aimed at determining increase in the amount of a specific protein related to the prostate. However, if the results are positive, then the doctor goes on into carrying out other results.

How Do You Reduce The Risk Of Getting Prostate Cancer?

These are factors believed to improve your health and as a result reduce the chances of getting prostate cancer.

Cancer is a dangerous infection that is difficult to treat. In cases where you experience any abnormalities around you bladder visit a doctor for check-up. 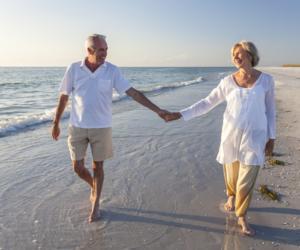 How Prostate Cancer Is Diagnosed

Is surgery the only way to treat prostrate cancer?

Prostate Cancer: What are the Different Medical Procedures...

Can surgery help with prostate cancer?

5 Tips on Living with Prostate Cancer