Obesity and being overweight have no boundaries. In America people of all ages, gender and ethnic and racial groups have been affected. This problem has been in existence for over 30 years and is growing.

In 2009 to 2010, almost 70 percent of Americans were obese or overweight according to the National Health and Nutrition Examination Survey (NHANES). The survey revealed differences in obese and overweight individuals among various ethnic and racial groups as well as by gender.

What is the best diet for losing weight?

Overweight and obesity statistics for women:

Overweight and obesity statistics for men:

Obesity has been on the rise among children and teens. It has actually tripled over the past three decades. In America, one in every six children between the ages of two and 19 is obese, and this was revealed by NHANES 2009 to 2010. Hispanics and blacks have been greatly affected by obesity. So have whites.

Obesity among children is increasing as obese children are becoming more obese. Obese or overweight preschoolers compared to normal-weight children are five times more likely to develop obesity and be overweight when they grow up. Nutritional disorders in children and adolescents in the United States are most common among children who are overweight. Pediatricians point to this as a common problem.

Consequences of being overweight as a child

Long-term and short-term effects of obesity on overall health is of concern in childhood due to the negative physical health and psychological consequences.

Obese kids are at a higher risk of becoming obese as adults, exposing them to a number of ailments i.e. diabetes, some cancers, stroke, hypertension and cardiovascular ailments.

Contributors to obesity in children

How to avoid the obesity epidemic

Change of lifestyle in our working environment, leisure and transportation mode are leading to obesity. It is slowly becoming an epidemic as told by some health officials due to related health problems.

Genes are involved as well as other factors. Foods rich in calories, fattening fast diets and sweets are easy accessibility, particularly in America. The modern lifestyle has also limited the way we were once active, resulting in the buildup of calories due to the lack of burning.

Health-related problems like stroke, heart ailments and various types of cancer are brought about by obesity. Thus, obesity is even leading to premature deaths.

How obesity differs from being overweight

These two general terms, obesity and overweight, explain a degree of too much weight that is considered to be unhealthy for one’s body size. Body mass index can determine whether a person is overweight or obese. It simply divides a person’s weight by height in square meters. BMI calculators can be found online.

Educating everyone to eat a healthy diet cannot completely control being overweight or obese.

A more integral approach is required according to World Health Organization. This includes:

Things to do to reduce weight or reduce the risk of gaining weight:

How is obesity diagnosed?

Obesity is diagnosed mostly by Body Mass Index (BMI). BMI is mostly used to know if you are overweight or obese. It estimates one’s body fat by comparing one’s weight to his or her height. Health care providers determine one’s risk of contracting weight-gain related ailments using BMI and information on other risk factors.

However, BMI just estimates one’s body fat. It cannot calculate the exact amount of body fat and does not take into account the weight of muscle. An athlete can weigh more due to muscles, but not because of too much body fat. Therefore, BMI is not always accurately indicative of what is a healthy weight for each individual.

BMI for children and teens

When calculating the body mass for a two to 19 year old, BMI will use weight and height and add the gender and age to the calculations. BMI for kids and teens are listed as percentages, unlike specific numbers for adults. The percentage shows a kid’s BMI in relation to other kids' BMI who are the same age and gender.

Children aged two and above are considered:

Other ways to measure body fat

There are other ways to measure body fat besides BMI such as calculating waist-to-hip circumference ratio, waist circumference, measuring the skin fold thickness and other techniques like ultrasound, which are more accurate than BMI. If this test is necessary, a health practitioner can assist you.

Can Obesity Lead to Death? 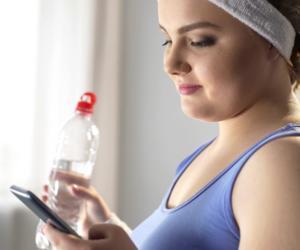 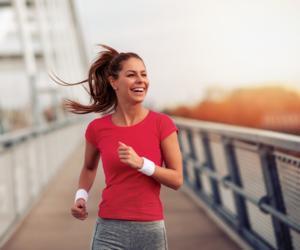 How do you fight childhood obesity?

What is the best diet for losing weight?