Nausea is an uncomfortable feeling and a cause for concern if it constantly occurs. It can be a warning sign of disease or a medical condition that may require immediate attention. However, not all cases of nausea are a sign of an underlying illness. There are numerous reasons that an individual can experience nausea after eating. Most times, nausea is often accompanied by the feeling that you may vomit.

The feeling of nausea can accompany other symptoms such as excessive production of saliva, stomach pain, and dizziness. Nausea can occur for many reasons; thus, it is important to understand what may be causing it.

It is important to remember that nausea and vomiting, on their own, are not diseases. However, they are considered symptoms of various medical conditions which everyone should be aware of. Below are some of the causes of nausea after consuming food:

The cause of nausea often depends on age. When it comes to children, it is often caused by viral infection, milk allergy, motion sickness, coughing, food poisoning, or blocked intestines. It is important to make a note of when nausea started, since this information can help in diagnosing its exact cause.

When nausea frequently occurs shortly after eating, it could be due to a gastrointestinal issue such as inflammation in the lining of the stomach, bulimia, or ulcer. If nausea occurs 1-2 hours after eating, the trigger could be food poisoning. However, there are certain forms of food borne bacteria which take longer to display symptoms such as salmonella.

Below are further details on the causes for nausea after eating:

There are a lot of hormonal changes that take place during pregnancy. The changes that occur can induce feelings of nausea at any time during the day. This is often seen in the morning and referred to as “morning sickness”. Some pregnant women tend to experience nausea just before their meals, while others experience it after. During pregnancy, some women cannot stand the smell or taste of certain foods. Smelling the foods that they are sensitive to can also cause nausea. Pregnant women begin to experience nausea in their first trimester and then again during the second month of pregnancy.

Nausea during pregnancy is not considered harmful to the mother or baby. It will usually resolve itself by the fourth or fifth month of pregnancy. However, certain women may experience nausea for the entire nine months that they are with child. Because of the elevated hormone levels that occur with pregnancy, certain changes to the body and digestive system cause food to stay in the stomach and small intestine for longer than normal. Pregnancy hormones are said to relax the connection between the stomach and esophagus; therefore, increasing acid reflux and triggering nausea.

In certain cases, viral infections of the digestive tract, such as stomach flu, can also be attributed to nausea after eating. Individuals tend to contract viruses from being in close contact with an infected person or consuming contaminated food or water. Apart from nausea, stomach flu can also cause other symptoms such as vomiting, cramps, abdominal pain, fever, and diarrhea.

Food allergies are the not the same as food intolerances; however, both can lead to nausea.

Nausea and other gastrointestinal issues tend to occur when a particular organ in the digestive system stops carrying out its proper function. For example, GERD or “gastroesophageal reflux disease” is known to occur when the ring of the muscle located between the esophagus and the stomach malfunctions, leading to stomach acid entering the esophagus. GERD causes a burning sensation throughout the esophagus, which can also result in nausea after eating.

The gallbladder is responsible for releasing bile to aid in the digestion of fats. When the gallbladder malfunctions, it can cause issues with properly digesting fats, which can cause nausea post meals that are rich in fats.

The pancreas is known to release hormones and proteins which are required for digestion. If the pancreas becomes inflamed or injured, it can lead to a medical condition known as “pancreatitis”.

Another chronic gastrointestinal condition is “irritable bowel syndrome” (IBS), which can lead to gas, bloating, and nausea.

Eating disorders such as anorexia nervosa and bulimia nervosa are characterized by abnormal eating habits. Anorexia nervosa is known to cause nausea due to excess stomach acid or starvation of the body. Bulimia nervosa can also cause nausea, after eating, and is often due to a compulsion to vomit any food that has been consumed in order to lose weight. Other psychological causes for nausea include intense stress, anxiety, and depression.

Occasional nausea is not a major cause for concern. However, if nausea becomes persistent or does not subside within a week, consult a doctor. Seek immediate medical attention if you begin to experience the follow symptoms:

For children above the age of six, seek medical attention if they begin to experience the following symptoms:

Since nausea is a symptom that can occur in numerous conditions, it may be necessary to consult a doctor in order to receive a correct diagnosis and treatment plan.

Is nausea normal with migraines?

What Causes Nausea After Eating?

How long do chemo side effects last? 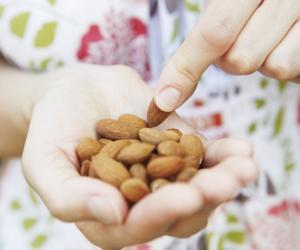 Foods That Can Relieve Nausea

Can my nausea be related to my period?

Why do radiation treatments cause nausea?