What is a liver disease?

Liver disease refers to medical complications that cause the liver to be damaged, making it unable to perform its functions properly. The liver is among the most valuable and life-sustaining organs in the body. The reason is that it carries out many important functions that help sustain life.

Some of the liver functions include:

The liver is a body organ that performs many functions. That is why the liver is one of the most exposed organs to injuries.

How many diseases of the liver are there?

There are hundreds of diseases of the liver and each one of them poses threats of different magnitudes. There are liver conditions that are inherited. Some people may develop liver diseases due to poor choices of lifestyle (e.g., binge drinking of alcohol) while others come about due to other reasons such as accidents or viral infections.

Examples of some of the diseases that affect the liver include:

The question is, can these diseases result in the development of liver cancer? The answer to that question is yes, they can. There are quite a number of liver diseases that if not treated quickly and adequately, they can progressively lead the person from getting cancer of the liver. The following are some of the common liver diseases:

Cirrhosis is a medical condition in which scarred tissues develop within the liver and replace the healthy liver tissues. It can be caused by other diseases of the liver or extreme intake of alcoholic substances. Cirrhosis can lead to failure of the liver, blockage of ducts, and eventually, causes liver cancer.

The hepatitis virus B (HBV) and C (HCV) are some of the most common causes of liver cancer in the world when they infect an individual over a long period of time (chronic hepatitis). These viruses cause liver cirrhosis, which with time develops into liver cancer.

People with HCV are more likely to get liver cancer than those with HBV. The risk is also higher for those who take alcohol. The two viruses are easily spread across individuals through various means such as sexual intercourse, exposure to infected bodily fluids, sharing of used needles, and during childbirth.

Unfortunately, hepatitis C has no cure, and therefore, the only way to keep it from causing liver cancer is to contain its spread. On the other hand, people with Hepatitis B can get cured of the disease after some time.

This condition mostly affects obese people but it can also develop in heavy drinkers. Affected persons can develop cirrhosis and eventually get liver cancer.

There are some liver diseases that are sometimes passed on from parents to their children. Some of them will end up causing liver cancer if they are not dealt with at an early stage. Examples of such diseases include tyrosinemia and hemochromatosis.

Hemochromatosis is caused by an extreme accumulation of iron in the liver. When the iron reaches sufficient quantities, the condition can cause cirrhosis and finally, cancer of the liver may set in.

There are other medical conditions of the liver that do occur in a few people as they are extremely rare. However, they have been known to cause liver cancer, too. Among the diseases include Reye’s syndrome and Wilson's disease.

Reye’s syndrome is a disease that mainly affects the liver and brain in addition to other parts of the body. In the liver, it causes deposition of fats, abnormal liver functioning, and blood clotting complications as a result of liver failure. If left untreated, there is a possibility that it will cause liver cancer.

Wilson's disease, on the other hand, is inherited. People with Wilson's disease have an excessive accumulation of copper in some of their vital organs such as the brain and liver. When the disease is diagnosed early, it can be treated. However, if it is not detected early enough, it can also cause liver cancer. 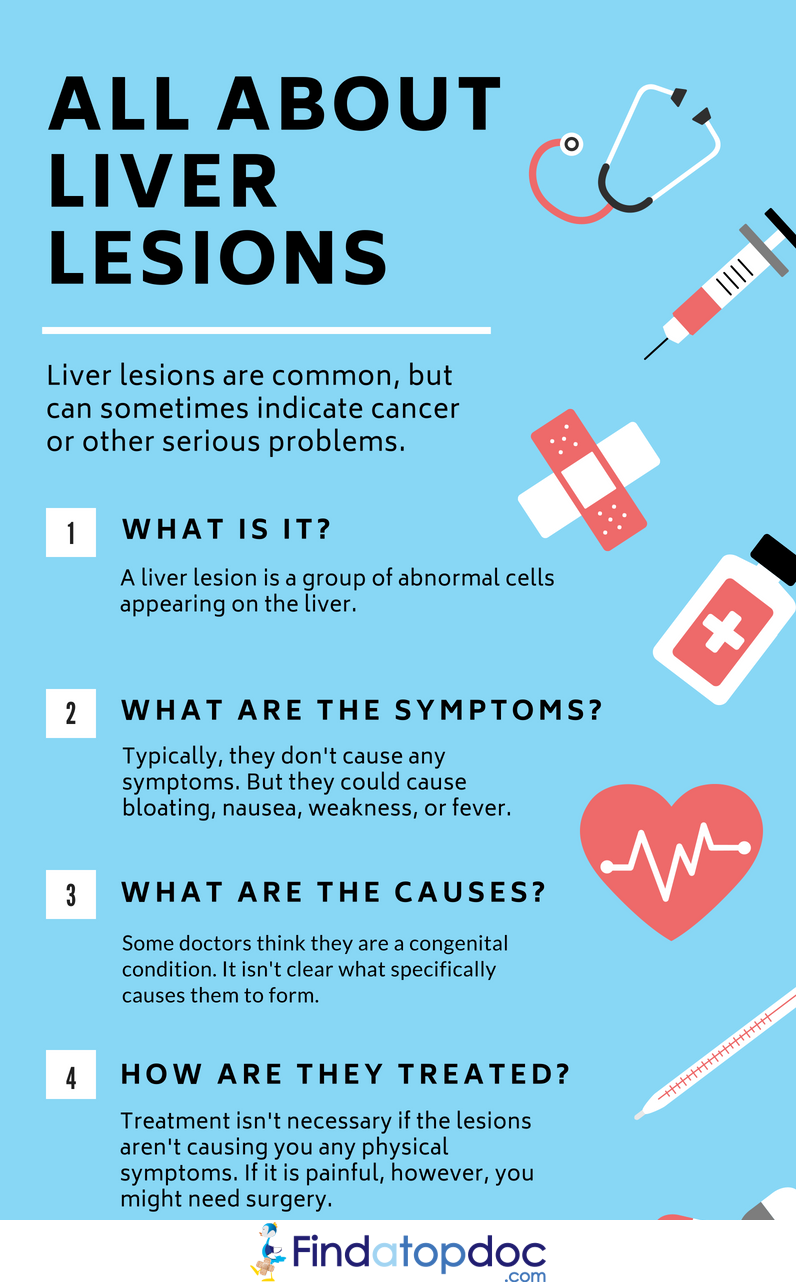 Complications of the Bile Duct

Sometimes, the bile duct may develop problems, which lead to the retention of the bile juice in the liver. In adults, this mostly happens when the ducts become inflamed or when they are blocked. Children may have more complex issues such as the absence of bile ducts. These problems can cause cirrhosis and can pave the way to develop liver cancer.

Other Causes of Liver Cancer

Aside from diseases of the liver, liver cancer can be caused by other factors. Such factors include:

There are a number of things that you can do to ensure that you minimize your chances of getting liver cancer due to liver diseases. Some of the things include:

Although most liver diseases have the potential to cause liver cancer, it is also important to note that many of them are treatable and that they are not life-threatening in their early stages.

What is the recovery time for liver cyst surgery?

How to tell the difference from gallbladder vs liver...

More from FindATopDoc on Liver Diseases

How dangerous is liver disease?

How long are you in hospital after a liver transplant?

I am concerned about my liver. Should I take a test...

I am on a lot of medicines since 2 years ago. I am suspecting it could have damaged my liver and kidneys. What should I do?