A dry cough is a type of cough that does not accompany the production of mucus or phlegm. Most cases of dry cough are caused by certain allergic reactions from allergens, such as pollutants, dust, or toxins. The body usually tries to expel these irritants by coughing it out. In some cases, a dry cough can also be a symptom of certain medical conditions or a side effect of a particular medication.

A dry cough is also associated with a nagging or tickly cough. These symptoms usually last for 1-2 weeks and mostly clear up within the third week. However, some coughs may persist for up to eight weeks, especially after a viral illness. A cough is considered chronic when it persists for more than four weeks in children and more than eight weeks in adults. It is also important for chronic coughs to be evaluated and treated.

The following are some of the most common causes of a dry cough:

Short-term symptoms of viral infections, such as the common cold, usually last less than a week. However, in some cases, coughing may persist even after other symptoms have cleared. These coughs are often dry and may last longer up to a month or two. Persistent coughs are usually the result of airway irritation after a viral infection.

Asthma is a chronic lung disease in which the airways become swollen and narrow. Although coughs due to asthma can be both nonproductive and productive, they are usually nonproductive in most cases. Aside from coughing, other symptoms of asthma include:

Postnasal drip occurs when the nasal mucosa excessively produces mucus, which accumulates in the back of the nose or throat. Mucus is abnormally produced when people catch a cold or have seasonal allergies. This excessive mucus is usually runny or watery, unlike healthy mucus. For this reason, it easily drips down the back of the throat and tickles the nerves, which eventually triggers coughing.

Aside from a dry cough, other symptoms of postnasal drip also include:

Gastroesophageal reflux disease (GERD) happens when stomach acid flows back into the esophagus. The esophagus is the tube that connects the pharynx (throat) to the stomach. This stomach acid can irritate the esophagus, triggering a cough reflex.

The following are other symptoms of GERD:

The airways can get irritated by many things in the air, such as pollution, smoke, mold, pollen, and dust. Other triggering factors include chemical substances, such as sulfur dioxide. Some people may even develop a dry cough when the air is too cold or too dry.

A severe dry cough can also be due to whooping cough or pertussis, which is a very contagious respiratory tract infection. Whooping cough is caused by a bacterial infection and is characterized by violent coughing, which makes it difficult to breathe. Coughing is usually followed by a whooping sound when a person breathes in. Whooping cough was considered a childhood disease before a vaccine was developed for it.

Also known as a pneumothorax, a collapsed lung happens when the lung suddenly deflates. People with underlying lung problems have an increased risk of a collapsed lung. Other than a dry cough, a collapsed lung also cause other symptoms, such as shortness of breath and sudden chest pain. A collapsed lung can happen in response to chest injuries or occur on its own.

Heart failure or congestive heart failure (CHF) occurs when the heart is unable to efficiently pump blood as normally expected. People with high blood pressure and conditions like coronary heart disease have an increased risk of heart failure because their heart's ability to effectively pump blood is decreased.

One of the symptoms of heart failure is a persistent dry cough. Dry coughs that are related to heart failure may also produce foamy white mucus. Others produce pink-tinted mucus.

Aside from a persistent dry cough, other symptoms of heart failure are:

Although rare, sometimes, a persistent dry cough can be one of the signs of lung cancer. A cough that is related to lung cancer does not usually go away on its own. Other symptoms of lung cancer are:

Call your doctor if your dry cough is accompanied by any of these symptoms, especially if you have a family history of lung cancer or if you smoke.

Overly sensitive airways tend to be easily irritated by coughing, which then creates a vicious cycle. This is the reason why it takes more time to get rid of a dry cough. However, you can try the following remedies to achieve relief regardless of the main cause of your dry cough:

Seek immediate medical treatment if you are coughing up blood or if you have difficulty breathing due to persistent coughing. Also, remember that most respiratory tract infections usually cause fever and body aches, unlike allergies. Consult a primary care provider if you experience any of the following symptoms along with persistent coughing:

Persistent and Dry Cough: What to Do?

What causes a dry cough and swollen lymph nodes in...

Can you suggest some home remedies to treat dry cough...

More from FindATopDoc on Dry Cough

Is having a dry cough serious? 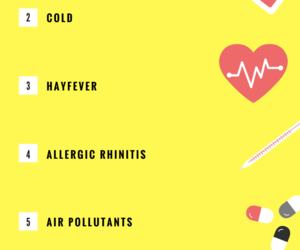 Causes of a Dry Cough

Why do I have dry cough every time I go to sleep?

Can you suggest some home remedies to treat dry cough at night for kids?

Persistent and Dry Cough: What to Do?