The human body has mesmerized doctors for centuries because of its complex and often mysterious workings. For example, every vein connected to an artery is part of a massive blood supply cycle where millions of different cells function using nutrients from food particles absorbed by the digestive system. These complicated systems can sometimes be disrupted. Two examples of this that also produce similar symptoms are gas, which is caused by trapped air from undigested food or starchy foods, and appendicitis, which is caused by inflammation of the appendix attached to the large intestine.

In order to differentiate between the two and to know whether the person has just the simple problem of gas or the more serious condition that is appendicitis, it is important to know what the two mean. Knowing the problem allows a person to act, and it also helps him to get the right treatment.

How do I know if I have appendicitis?

What do you understand by Gas and Appendicitis?

Let us first discuss the minor problem that is gas. Everyone suffers from intestinal gas, which can be really uncomfortable. It is normal, but it is a very uncomfortable part of the digestive process resulting from the different types of food we eat throughout the day or the lifestyle we tend to follow. It is to be noted that some people pass gas 20 times a day, so that which you may think to be excessive or abnormal amounts may turn out to be just an ordinary occurrence.

Now let us talk about the bigger problem which tends to arise if the pain which we were thinking was mere gas turns out to be grave and unbearable. Here’s the catch: although no matter how uncomfortable the gas may be, the pain caused by the simple intestinal gas can never be unbearable, whereas, talking about appendicitis, the pain caused by this in the lower abdominal region can be very unbearable for the person suffering from it. Appendicitis affects the non-functional part of the body, i.e. appendix. In appendicitis inflammation, the enlargement of an appendix to unproportional lengths causes severe pain. Moreover, it is a medical emergency, because once this condition starts, there is no medical treatment to stop it, and you have to get it removed by surgery. Appendicitis can prove to be fatal, as studies and reports have shown that sudden rupture of the appendix can harm other organs, as well as result in the death of the person.

Therefore, since we know the differences between the two conditions, we can now discuss the symptoms of both of them, which will make it even more clear as to which of the two problems are you suffering from.

Common Symptoms of Gas and Appendicitis

In many cases, appendicitis and gas can cause a person to feel similar sensations, therefore leading to one condition being mistaken for the other. Although they may feel the same, the sources of these problems are completely different.

Gas can result from the consumption of foods that are difficult to break down into smaller and absorbable particles. Foods, such as potatoes, that contain massive amounts of starch are typically the main culprits for producing gas. Appendicitis is caused by inflammation of the organ known as the appendix.

It has become evident to doctors that the main reason for confusion between gas and appendicitis are their shared symptoms, such as acute abdominal pain and nausea.

Accumulation of gas in the body can put pressure on different types of cells, making people feel sick. The same sick feeling has been observed in people suffering from appendicitis due to their immune system responding to the infection.

Here are some other symptoms of intestinal gas and appendicitis which may help in better understanding the problem:

How to Differentiate between Gas and Appendicitis

There are notable differences between these conditions which can help people identify them:

The differences between appendicitis and gas can generally be identified by physical symptoms. However, anyone that is unsure about their condition should see a doctor for a definite answer and treatment.

Is surgery always needed for appendicitis? 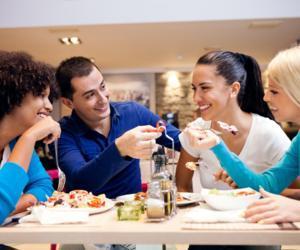 Does My Diet Raise My Risk for Appendicitis?

Appendicitis: Get the Facts